On the Radar: Nightmare Alley

I love a dark show, and those one looks pretty dark.  Currently having a regional run ay Geffen Playhouse, Nightmare Alley is set during the Depression, at a traveling circus side-show.  The show is based on the novel by William Lindsay Gresham.  It was later turned into a film starring Tyrone Power and Joan Blondell.

This musical has book, music and lyrics by Jonathan Brielle (above left).  With environmental stage design by John Arnone, this show, from the pictures at least, looks very interesting and creepy cool.

The company is lead by James Barbour, Mary Gordon Murray, Sarah Glendening, Larry Cedar and Michael McCarty.  There is an ensemble of 6 tarot ladies and roustabouts.  Direction is by Gilbert Cates, who is producing director at the Geffen Playhouse. 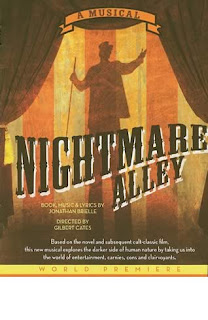 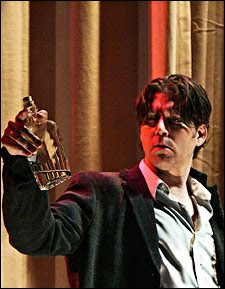 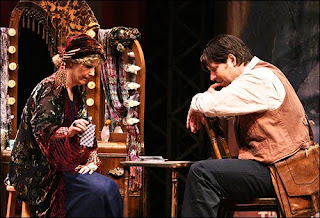 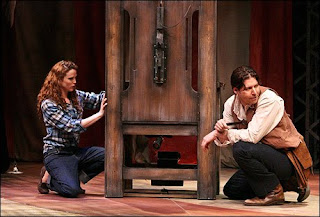 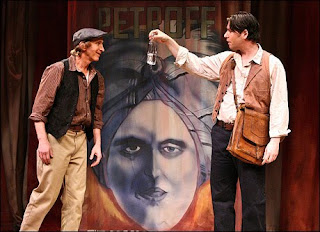 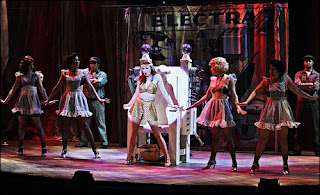 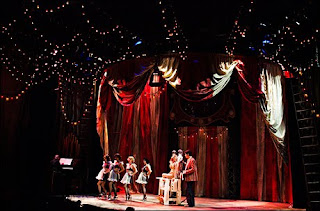 The Nightmare Alley set, designed by John Arnone.
The show began previews April 13 and plays through May 23.

For more information on the writer, go to http://www.jonathanbirelle.com/.