WHY SHE'S MS. BROADWAY: This month's Mr. Broadway (HERE) is at the beginning of his latest Broadway journey.  This month's Ms. Broadway is coming to the end of hers.  Tony nominee Amy Morton is getting to the end of her current critically acclaimed run in Edward Albee's Who's Afraid of Virginia Woolf?  It is just the latest in an amazing career that includes a storied part of The Steppenwolf Theatre Company, several films, some television, and of course, more Broadway.  She made her Broadway debut in the 2001 revival of One Flew Over the Cuckoo's Nest in the iconic role of Nurse Ratched, and six years later, made her Tony-nominated turn in August: Osage County.  The author of that play, Tracy Letts is now her co-star, and both seem destined for more Tony glory.  But for now, she'll have to settle for being this month's Ms. Broadway!

OTHER INFORMATION
Birthplace: Oak Park, Illinois
Membership: Ensemble member of the Steppenwolf Theatre Company since 1997.  Ms. Morton has been nominated for 10 Jefferson Awards in Chicago, and has won once.
Where else you might have seen her: Broadway: One Flew Over the Cuckoo's Nest, August: Osage County (Tony nomination), Who's Afraid of Virginia Woolf?; Regional: Actress: You Can't Take It With You (Jefferson Award winner), Homebdy/Kabul, The Royal Family, August: Osage County, (Director) Glengarry Glen Ross, American Buffalo, Clybourne Park; London: August Osage: County; TV: Crime Story, Angel Street, ER, Private Practice, Boss; Film: 8mm, Up in the Air, Rookie of the Year 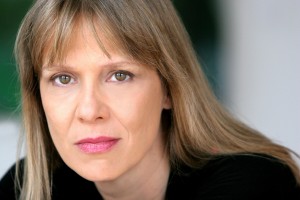 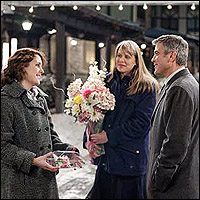 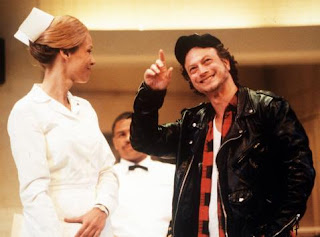 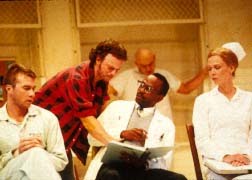 One Flew Over the Cuckoo's Nest
(and above, with Gary Sinise) 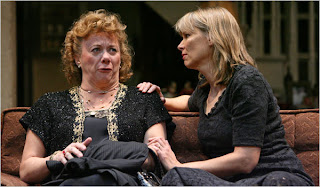 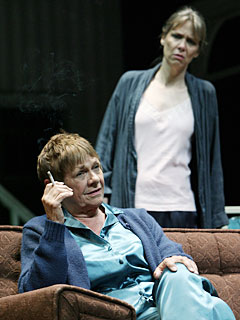 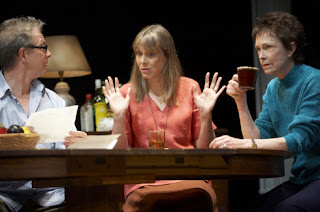 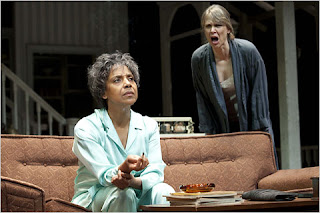 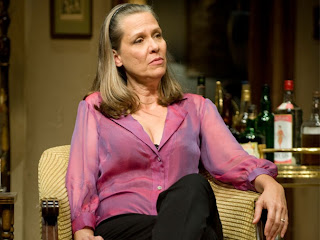 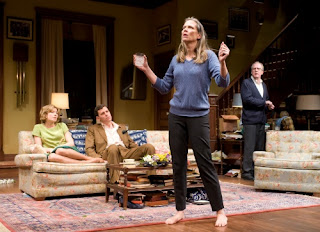 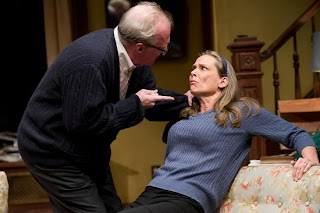 Who's Afraid of Virginia Woolf?
TOP: as Martha
CENTER: with the original cast
BOTTOM: with Tracy Letts as George

ON VIDEO
A Scene from Who's Afraid of Virginia Woolf?