This week has been as dramatic as ever - international show openings, future show announcements, shows that aren't opening, and another "Super Storm."  Of course, some of the news makes me happy and some make me sad.  Such is the life of a drama-loving guy...

THE THINGS THAT MAKE ME HAPPY:

Broadway's greatest ladies go international!  Anytime there's news of my favorite gals doing new shows, it is cause for celebration.  But this week has been a real treasure: BOTH Angela Lansbury AND Betty Buckley opened in new shows!  Granted, neither are here in the states, but why shouldn't the rest of the world bear witness to their greatness?  Check out Ms. Buckley putting her full crazy on in London's Dear World!  And how about the elegance of Ms. Lansbury wowing people and koalas alike Down Under in Driving Miss Daisy?  Any they know how to surround themselves with the best of the best - Buckley co-stars with British stage and music star Paul Nichols, and Lansbury with Best Man co-star and stage and screen legend James Earl Jones. 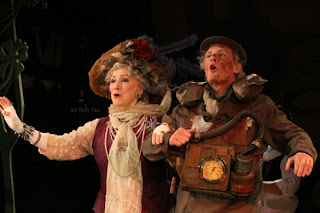 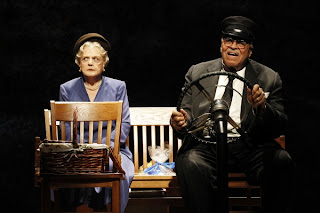 A classic is headed to Broadway!  I'm not necessarily a huge fan of old shows, but I do love me some My Fair Lady!  And this week, record producing legend Clive Davis announced that he will be making his Broadway debut in 2014.  No, it won't be Arista: The Musical.  He wants to bring the classic musical story of Henry Higgins and Eliza Doolittle to Manhattan.  If he gets an amazing cast, it should be amazing.  Paging Laura Benanti... Fingers crossed!


Nemo ushers Jessica Chastain out with a flurry-ish! A super storm (another media-as-terrorist buzzword) is never good news, but if there is a silver lining, it didn't shut Broadway down completely.  And the starry revival of The Heiress got to play its final performance last night, closing at a PROFIT!  Nice job! 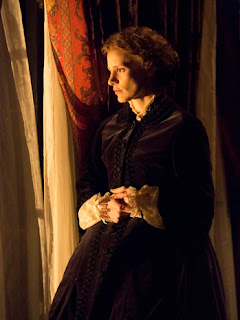 Good CAN Come From Bad: I am looking forward to my return visit to The Mystery of Edwin Drood, of course, but now I have two new reasons to look forward to it - Erin Davie (who I loved in Grey Gardens) and Andrew Samonsky (who I loved in Queen of the Mist) are joining the cast on Tuesday as Rosa Bud and Neville Landless.  Murderer's row just stayed interesting. 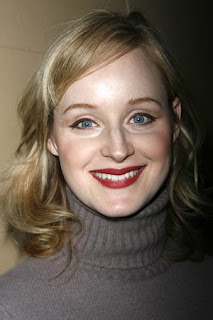 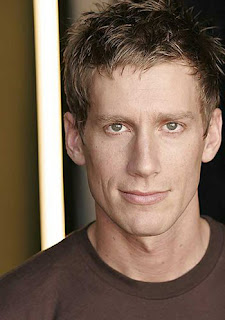 THINGS THAT MAKE ME SAD:

There You Were: Despite the terrific re-cast, I sure will miss the antics of Andy Karl and vocal power (and crazy comedy) of Betsy Wolfe in Drood next time around.  Of course, it is hard to be too sad when you remember that Ms. Wolfe is going to star in The Last 5 Years, and Mr. Karl is returning to Jersey Boys.  I hope Tony doesn't forget them this spring. 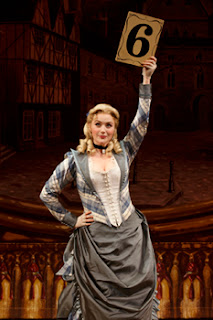 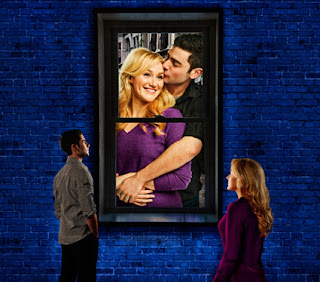 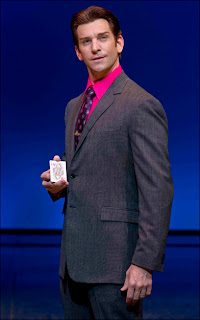 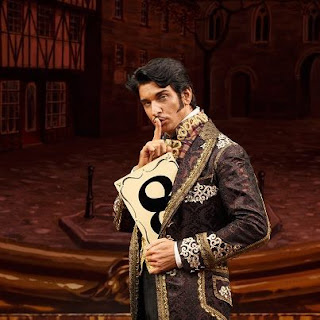 Out of gas and coffee! Seems their chances for Tony glory are slim that the Broadway field is too crowded  for Pump Boys and Dinettes.  Looks like Broadway will have to wait for the latest Idol reject to debut.  Sorry Bo Bice.  I'm not surprised.  Just before they announced, I searched a random Saturday matinee shortly after its scheduled opening to see what might be available.  There were FOUR seats sold for that performance.  Let's be real, producers.  Who would pay $137 to see four relative unknowns in a revival of a moderately successful country Western musical revue without any buzz or proof that it could work?  I bet they might have sold more seats with a serious discount for previews.  Even Matilda took up that opportunity... 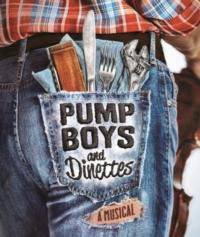 Online ticketing nightmare!  OK, I know I'm late to this hate fest, but let me add my voice to the din against Telecharge's new system.  I had the distinct displeasure of using it while searching for both Pump Boys and Cinderella. OMG. Why roll it out - even as a Beta version - with so many glitches?  I never thought I'd say this, but I prefer Ticket Master's version.  I can't that hard - Roundabout's system is user friendly and easy to manipulate.