DON'T FORGET!  NEW "HOT OR NOT" POLL TO YOUR RIGHT!
THE HANDS ON A HARDBODY TICKETS CONTEST ENDS WEDNESDAY AT 7PM!
ENTER TO YOUR LEFT!

You'd never know it was the third week of February, given the amount of Broadway news that broke.  And not since Spider-Man has Broadway made as many national headlines.  (Well, actually, Spider-Man did make news this week, but I have feelings about that that are better kept to myself.)  Anyway, it was a good week overall... more things in the "happy" column!

THINGS THAT MADE ME HAPPY THIS WEEK! 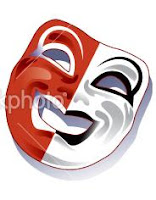 PASEK AND PAUL ARE BACK!  One of my favorite shows of this season so far, Dogfight didn't transfer or even extend (again), which really saddened me.  But this week, Ghostlight Records/Sh-K-Boom announced at last that the inventive and enjoyable score would at last be preserved in an original cast recording!  Yippee! 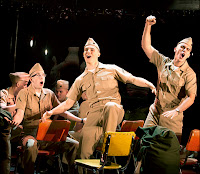 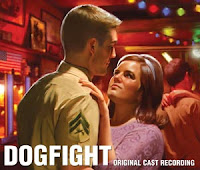 The boys of Dogfight agree with me...good news!

REPLACEMENT-MANIA!  The Good: In what has to be an improvement, the hilarious Jane Lynch is replacing the less than funny Katie Finneran in Annie.  Congratulations on moving up the Best Revival scale just a tad... The Interesting: The only real reason to see Nice Work If You Can Get It, Kelli O'Hara is leaving the show.  A reason to consider a return visit is replacing her... Drood's Jessie Mueller joins the cast soon.  Seeing her star continue to rise makes me happy.  Will the show last past June 15th, when Matthew Broderick leaves the show?  More on him in a sec... The Ugly: Did you hear? Shia LaBeouf left the Broadway play Orphans officially due to "artistic differenes."  That, apparently, wasn't enough for young LaBeouf, though.  He took to Twitter to publish private e-mails... Baldwin may be difficult, but he has proven himself.  Does Transformers really make you an accomplished Thespian?  Anyway, Ben Foster will be making his debut, not LaBeouf (I love typing that name...). 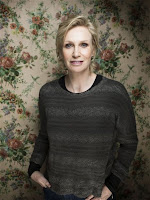 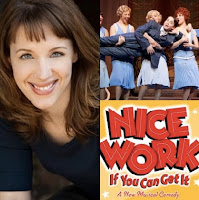 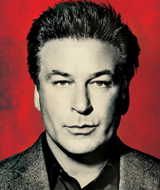 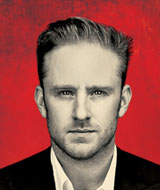 Are they pissed or in character?
Did Alec have lip work done?

BROADWAY FUTURE: COMING SOON! Two shows may be on their way and both interest me... the Boston (A.R.T.) production of The Glass Menagerie, one of my favorite plays, starring some of my favorite people - Cherry Jones, Celia Keenan-Bolger and Zachary Quinto - is considering a Broadway transfer!  Sign me up.  And much-in-the-news-lately Clive Davis (he has a new book coming out) has announced that he will be bringing a revival of My Fair Lady to the Great White Way.  As if that wasn't enough (it is, really...I love me some Eliza D!), rumor has it that Oscar-winning actress Anne Hathaway is considering joining the project to make her Broadway debut!  Sign me up!  Can't you just imagine her Tony speech? (Speaking of Hathaway... is it me or was the Les Miz performance on the Oscars better/more powerful than in the actual film?) 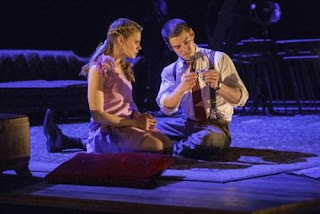 MATT PULLS A PATTI! I'd have loved to have been a fly on the wall of the Imperial Theatre the other night when Matthew Broderick stopped the show to call out a guy who was filming the show.  Good for him - who knew the King of Awkward Goobers had the balls? (OK, he gets points for being married to Carrie Bradshaw...) I have to admit that this would have been in the "sad" column if I wanted Nice Work in my bootleg collection...LOL 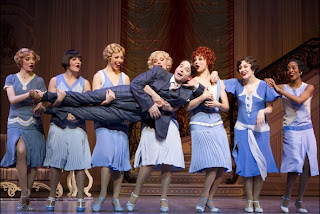 
THINGS THAT MADE ME SAD THIS WEEK... 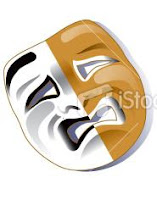 UGH...AGAIN?  ALREADY?... It was inevitable.  And I even understand it.  And I know I'll go see it (I hear Javert's death is spectacular).  But ANOTHER revival of Les Miserables?  Really?  Another 3 hours I'll never get back... 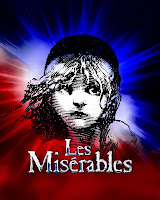 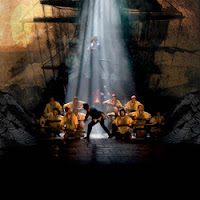 BROADWAY PRESENT: NOT HAPPENING... It never makes me happy when shows don't make it.  It's not really a surprise, as neither show has much buzz (what show does this season?) So, The Miss Firecracker Contest with Amber Tamblyn, directed by Judith Ivey, is not happening "this season." And neither is The Velocity of Autumn with Estelle Parsons and Stephen Spinella.  The potential star quality is a definite loss.  But does anybody care?  Will there be enough plays to fill the Best Play/Best Play Revival Tony categories? 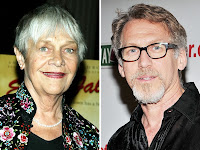 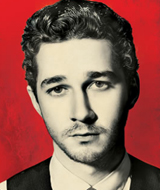