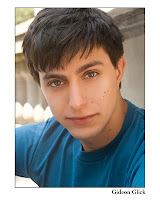 Like many of you, my first encounter with Gideon Glick was when he played timid and shy Ernst in Spring Awakening.  Since then, I've had the pleasure of seeing him in both plays and musicals, including Wild Animals You Should Know and a little show called Spider-Man: Turn Off the Dark.  In between shows, he's been super busy with movies, concerts, red carpets and a new Internet series.  And still, he has found the time to chat with JKTS!  Here, in the first of a four part series, Gideon talks about his first big hit, Spring Awakening.

Jeff: Thanks so much for taking time do this, Gideon!  Let's start by going back to the beginning.  How did you know you wanted to make acting your career?  How supportive was your family with this monumental decision?  What kind of training/experiences did you have to get you started?

Gideon: I always had a hunch. Film and theatre were a large part of my upbringing. I had a lot of hobbies growing up, but acting and singing were the only activities that I not only never tired of, but also excelled at. My family was always supportive. I started acting professionally in the Philly theatre scene (which is where I’m from) at eleven. My mom was instrumental in finding acting and singing lessons for me, as well as schlepping me wherever I was needed (or not needed).

Jeff:  I had the privilege of seeing Spring Awakening very early in previews off-Broadway, and I have to say there was an energy in that theatre/church between the cast and the audience that I hadn't felt since the first performances of RENT almost a decade earlier.  I said to my friend who was with me after the show that we had just seen something very special.  Did you, as an individual, and as a cast, have any idea that the show was going to be the phenomenon that it became? Was the audience reaction that early in the genesis of the show pretty consistent?  What effect, if any, did the audience ultimately have on the changes made before Broadway?

Gideon:  It’s hard to be objective about anything that one is associated with, however, I think we were all aware that we were a part of something special. The audience reaction was a positive one and it was integral in bringing us to Broadway. The size of the church and uniqueness of the architecture were essential in creating the intimacy that the audiences felt at the Atlantic. The same intimacy could never be replicated, however, the show was carefully modulated in order to develop a new intimacy that could reach a larger scale. But to be honest, only in the past couple years have I become fully conscious of the magnitude of the experience. It’s hard at that age to understand an experience with so little to compare it to. 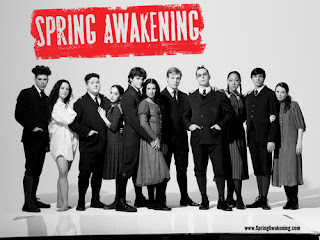 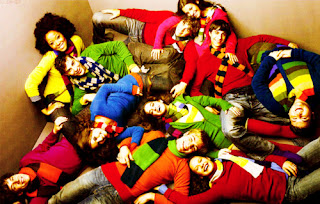 Jeff:  After the show opened on Broadway, the whole cast seemed like rock stars!  You guys were everywhere, which is saying something, considering it hit just when social media beyond simple websites started really having an impact on Broadway.  What was that media scrutiny like for you?  How did the group keep it together?  I imagine some took to it better than others...

Gideon: Our producers, Tom Hulce and Ira Pittelman, and our director, Michael Mayer, are thoughtful people. They were very protective and created a safe environment for us. I can only speak for myself, but is very easy to get caught up in the message board frenzy and the “Googling”. It’s seductive to read what people are writing about you, however, it is entirely destructive. That show was the first experience I’ve had where I could read what people were saying about me. I’ve been learning ever since to NOT. Investing in such scrutiny only lets it deter the actual experience of being lucky enough to do what you love to do.

Jeff:  I'll never forget the Tony Awards that year (as you probably can't, either)!  What was that whole experience like for you?  How exciting was it to have the show win so many awards?  Was it difficult to be excited when not everyone nominated won?

Gideon: It was terribly exciting. I had never been a part of something so large and so loved by a community of people before. I haven’t since! The roar of the crowd from that evening when we won each award was shattering. People truly responded to the show and were excited by it. The whole cast was sitting together, celebrating together, and mostly screaming together. It was a delightful evening. 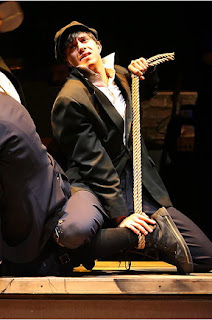 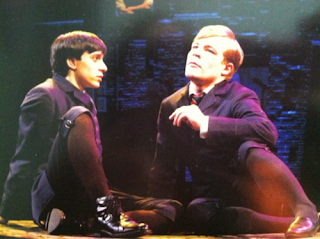 Jeff:  Since then, it seems as if Spring Awakening is the standard against which all rock musicals, and especially musicals dealing with high school students, are compared.  Do you think that it is a valid benchmark?  Surely, you've seen some more recent shows in that genre.  Having been involved in the standard bearer, how do you feel about other rock/teen musicals?

Gideon: Spring Awakening succeeded in a lot of levels, which is why I do think it is a paradigm of sorts. It was able to convey youthful angst and the beauty and pain of sexual discovery successfully. I think Michael Mayer already succeeded in replicating a different sort of angst in American Idiot. I love the musical art form. I always want it to innovate and succeed. I didn’t create Spring Awakening, I was simply fortunate enough to be a part of it, and look forward to seeing anything that is exciting or done well.