A few weeks ago, one of my favorite, most loyal readers "Chaotic Corey," shared with us the first few of many steps in that, well, chaotic, rite of passage: getting into a college of our choice.  And, as if that isn't tough enough, he's also auditioning to get into a performing arts program AT one of those colleges!  Last time out (HERE), he shared all about how he came to want a career in the arts and how he's built up experience, education and preparation just to get ready for all this.

Now, he talks about his experience at Clemson University. 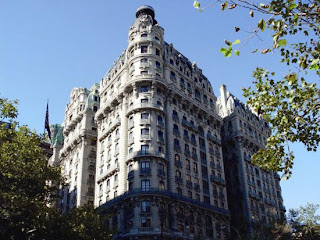 1.  So, you just finished your first college audition!  Congratulations!  Where was it?  Where does this school rank on your wish list of schools?

Corey:  I did. This was technically my second college audition since I previously auditioned for AMDA last summer, but it feels like my first audition because that was so long ago! Hahaha! It went really well. This audition was for Clemson which is a pretty big school in upstate South Carolina (home of my favorite football team. Go Tigers!). This probably ranks about 3rd on my list of 4 schools. This is because they do not have a Musical Theatre program. They have an Acting BFA with an "emphasis" in MT. So I wouldn't receive a MT degree from this school. 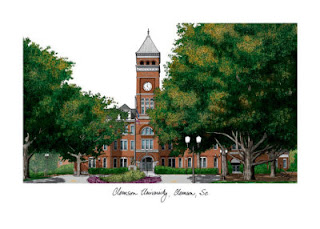 2.  Explain the audition process and audition itself.  How similar and different was it from regular show auditions?  Who was there?  Did you meet any fellow perspective students?

Corey:  Well, this audition was the shortest of all my auditions. I arrived at the school at 9 in the morning to check in at their Performing Arts Center, the Brooks Center. Here, I had my picture taken, gave them my letters of recommendation and my headshot, and I took a seat. I took the waiting time to chat to some students at the school already and question them about their program and their experience and I also took the time to talk to the other auditioners. This was a great experience because I got to learn a lot about other people, the program, and even a little bit about what my chances were of getting into this school. This audition process was similar to a show audition, just longer waiting time. About 30 minutes before my audition, I asked if there was a practice room where I could warm up and a student led me to a practice room where I warmed up for my audition. They came and got me and led me to the audition room where I auditioned for a room with 3 female judges. I did my two monologues, sang my song, and talked with them for about 10 minutes and that was that!

3.  They say hindsight is 20/20.  Now that you are done the first one, how do you feel you did?  What would you have done differently?  What, if anything, about this experience did you learn that you can apply to future auditions?

Corey:  I feel like I did really well. I definitely wish I would have remembered to bring my water because I forgot it at the hotel and had to keep running back to the water fountain to "wet my whistle". I feel like it went really well and I think the judges like me and enjoyed my performance. As the student was taking me to my practice room, she asked what program I was auditioning for and when I told her MT, she seemed enthusiastic. She claimed that their program only had 3 good Musical Theatre guys at the time and they were in need of more, so that raises my chances of acceptance, I guess! WOO!

4.  I know you did a lot of prep for this audition.  What was the application process like for this school?  Do you feel like you were prepared enough?  Were there any surprises?

Corey:  Lots and lots of prep! It always feels like I prepare TOO much for auditions. Hahaha! But, it really paid off in the end. For this audition, I worked every week with my voice coach on my song and on my monologues. The application process for this school was simple. It was just like any application process, I filled out my application online and have yet to be informed of my academic acceptance (I learn about that at the end of this week ahhh). After that I had to apply for an audition on one of the audition dates that were open. When I did, I was informed when my audition would be and what to prepare for it.

5.  Did you get to tour the campus?  The performing arts building(s)?  Meet any faculty?  Now that you've actually been there, does the school live up to your initial expectations?  If you are accepted, will this school still be one of your choices? (I know it may be early for a definitive answer to this...)

Corey:  Well, back in September I actually visited the school and I have been on about 3 different campus tours because I live close to the school. In September though, I met with the head of the Performing Arts Department who took me on a tour around the PA Center and showed me all the ins and outs of the program. At my audition though, I was able to meet some of the professors I would have if I were to go to the school and it was nice meeting them and learning their goals for us and what they expect from students. The audition was a HUGE help and I can't wait for my next one this weekend in Elon, North Carolina!