HOT or NOT: MATILDA: The Swings and Featured Males 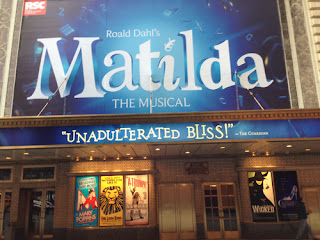 One of the biggest blockbusters in London theatre history is now Broadway's newest musical event! Matilda is now in previews at the Shubert Theatre.  Cute kids, crazy villains, and ensemble of the hottest guys and gals this side of Newsies! This week, you will select 1 Featured Male, 1 Male Swing and 1 Female Swing  to send to the finals later this year, as we cast the HOTTEST MUSICAL STARS OF THE 2012 - 2013 SEASON. (We will NOT be voting on the children in the cast.)

Remember, that "HOT" isn't just about looks.  It's also about talent and that "it factor."  "HOT" is more than a pretty face!  When you vote this week, be sure to use the scroll bar to move down the poll, and click "DONE" to make your vote count!  The poll itself follows the pictures of the cast.  So check them out, scroll down and cast your votes!  This week's new pol will close on Thursday, March 14 at 7PM.

HOT or NOT: The Featured Males and Swings
of MATILDA

Poll After Pictures: Featured Males and Swings:
Vote "HOT" for as many or as few as YOU like.
BE SURE YOU CLICK "DONE" AT THE BOTTOM OF THE  POLL.