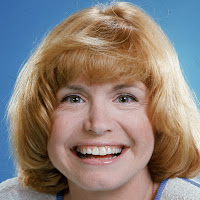 Looking back on it, Bonnie Franklin was my first.  I was young, naive, and totally new to theatre.  I was a freshman in high school, and my director had the spring musical down to three possibilities: Man of La Mancha, Godspell and Applause.  All year long, during set building days, before and after rehearsals, and any time there was an otherwise quiet moment, one of those three original cast recordings was on the record player (it was 1981...).  Ultimately, my director went with Man of La Mancha (turns out the school said "no" to Applause because there was a - gasp! - gay character in it!), but I, of course, had all three albums in my small, but growing collection.  Secretly, Applause was the one I played the most.  It is still one of my favorite scores.

So what does all of this have to do with the late Bonnie Franklin, who passed away yesterday after a battle with pancreatic cancer?  It was the first time I found out that people on TV also did BROADWAY!  It never occurred to me that actors did anything filmed AND did things live on stage.  Ms. Franklin lit up a whole new world for me.  In 1981, you see, she was at the height of her fame and popularity as Ann Romano in the hit show One Day at a Time, a show my family never missed.  (My mother felt it was important that we learn about social issues - we also watched A LOT of All in the Family and The Jeffersons.)  So, one night early in the TV season, I had just gotten my Applause album, and One Day at a Time was on.  A light bulb went off!  Bonnie Franklin was on TV and there was her name on the cover of my record!

From that moment on, part of the fun of collecting past cast recordings was finding names of people in the cast that I knew from TV.  I am embarrassed to admit that it was several YEARS until I figured out that Bonnie's leading lady in Applause, Lauren Bacall, was a major movie icon.  To me, she was just the lady from Applause and Woman of the Year!


And, so, it saddens me to write this.  Bonnie Franklin was a key player in my evolution as a true theatre enthusiast.  I appreciate so much her part in my life.  I am certain that where ever she is now, she's getting a well-deserved round of applause.