The Epitome of Grace and Style 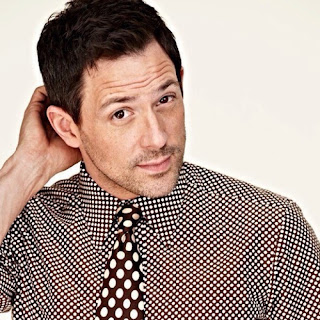 After my rant/tantrum yesterday, I guess the theatre gods conspired to remind me why, in spite of so much negativity, I still love theatre and all of those who work so hard to bring each stage to life.

Today, I just happened to log on to Twitter during a later than usual lunch. (In other words, I would have missed this on any other more "normal day.")  And there in the middle of the stream was a Tweet from long time friend of this blog, Steve Kazee.  I have admit I was both pleased and relieved just hear from him.  He has been quiet for weeks, and I know it must have been quite the task to stand by and listen to/read all of the speculation surrounding his silence and absence for nearly two months from the show that won him the Tony, Once.  He inspires me.

Quite frankly, I don't know how he kept from responding.  People are so quick to judge and to outright lie, all under the guise of "knowing someone who knows someone...blah blah blah."  The bottom line is - as I ranted about yesterday - a lot of people take such pleasure in others' misfortune and it is disgusting and shameful.  The ugliness was way beyond "schadenfraude."

And then I read Steve's message to all of us (can be found a www.stevekazee.com):

To the fans of Once the Musical,
I just wanted to write and say thank you for all of your well wishes and sweet messages during the past few weeks. As many of you know, I suffered a vocal injury on Feb. 6th and was unable to return to the role of Guy since that time. This is not how I had imagined the run of the show would end for me and to say it has been disappointing would be understating it quite a bit. I have been on vocal rest since my diagnosis to help heal up the swelling and to reduce inflammation around a blood vessel that was lying over top of the swollen area. I am feeling much better these days and should be back to 100%  within a week or two and I look forward to seeing whatever comes next. I had planned on extending my contract with Once through September but after the injury I had to reevaluate that decision and on the advice of my doctor it was decided that returning to singing the same role in the same way 8 times a week would be too high of a risk of hemorrhaging a vocal cord and one that I wasn't willing to take. I am truly sorry that I wasn't able to be there to finish out this run as I know many of you came to see the original cast of Once. I hope you can understand that I was just as disappointed to not be able to perform for you. I know many of you were concerned about me because of my absence from social networks so I want to let you know that my absence was what I felt was most respectful to the show, to the cast, and ultimately to the audiences of Once. I would have felt awful to know that one of you was at the show and I wasn't there and then when you returned home you found copious tweets from me about The Walking Dead or some other random bit of banal business from my day. I ultimately felt that waiting until after March 24th before addressing any of this was the best way for me personally to handle it. I don’t know how to convey to you what an impact you have all made on me since this journey began. I am one of you. I am a fan. A fan of Broadway, theatre, film/tv, music, art and all those who create it. It is that same fandom that I saw in your eyes, heard in your words, felt in your hugs, and sometimes tears, that will stay with me forever. I loved spending time with you on the street or at the stage door nearly as much as I loved performing for you. You constantly reminded me of how incredibly lucky I am to be doing what i’m doing and I hope as my life transitions from this place to the next that I can continue to do the kind of job that has garnered your love and admiration for years and years to come. This show and everyone involved in it; our wonderful producers, phenomenal creatives, amazingly talented cast, our outstanding stage management team, everyone behind the scenes at the Jacobs Theatre, and you, the audience, mean the world to me and I consider myself to be YOUR fan as well. Thank you for everything. I love you all.
Steve
Mr. Kazee,  I want to thank you for showng such grace and dignity.  These are things that seem to be lacking in society today, but you have just single-handedly reminded me that there are still some good guys left.  You lead by example, and we are all better for it.  You are "Gold."
Rest up!  Get better!  And we are all excited to see what you have in store for us in the future!
Jeff
4.202