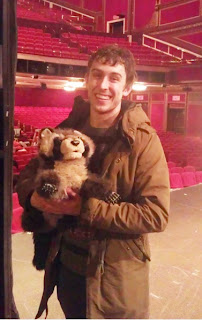 When we last spoke with Cinderella's Cody Williams, he was in the midst of rehearsals for the show.  (Click HERE for Part I, and HERE for Part II.) This time around, he shares the experience of previews - from rewrites and new staging to social media scrutiny to the audience's reactions.  And he has sent in some great behind-the-scenes and backstage photos, many exclusive to JK's TheatreScene! (Thanks, Cody!)  Now, here's another...

ONE
JEFF: So, Cody, it's been awhile since we chatted.  Of course, you have been busy!  When we last talked, you were just getting ready start previews.  Over the weeks of previews, what has your schedule been like?  How does a show balance performances with re-working things and additional rehearsals?  How do you, personally, keep up your energy and stamina?

CODY: I have LOVED being part of this preview process.  This was my first time doing previews for a Broadway show, and I have learned an incredible amount during this experience.  Our schedule is pretty much this: show up at noon, work till 5, dinner, and then do a show.  I found it pretty dang exciting to create a new scene or dance during the afternoon rehearsal and perform it in front of an audience that night.  It gives everyone a giddy edginess.  There is nothing like approaching a big change for the first time and seeing everyone think, "Here we go!" For me, the secret to getting through previews was to get sleep.  I am the king of pre-show naps.  You have to respect the Equity cot. 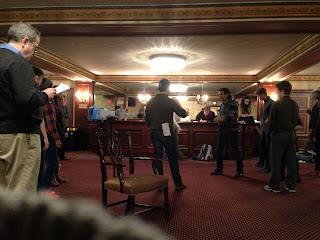 Rehearsing a new scene in our lower lobby

TWO
JEFF: There is a perception out here in "cyber land" that the creative team and producers of Cinderella are keeping an eye on what people are saying on message boards and Twitter and the like, and that what is being said is being used to re-shape things before you open.  Is that the case?  Do you read stuff that people are saying?  How about other cast members?  Some actors tell me they purposely avoid it, and others say they just can't help themselves...
CODY: I honestly had never once looked at a Broadway chat room before this process.  Some of my fellow cast mates were talking about them, so I took a look for myself. So many of the criticisms in the chat room were the same things everyone involved already knew needed to be worked.  We just hadn't had time to get to them yet. 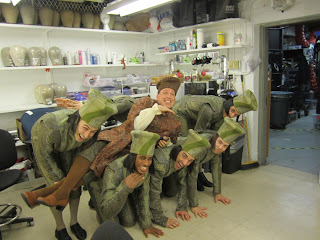 The Merry Jesters of Oberammergau.  A casualty of previews.
If only the world would have seen their ball dance that never made it to previews! 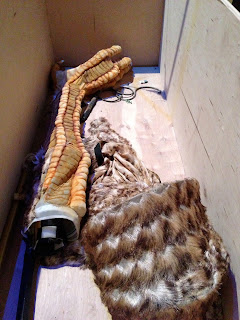 THREE
JEFF: I don't know how specific can you be with this, but maybe you can generalize... what kinds of changes are being made to tighten, refine and clarify the show?  How different is the show now from the first preview?

CODY: The biggest issue with the show was that it was too long.  We had too much of a good thing.  Therefore, certain scenes and musical numbers needed to go and new shorter scenes needed to be put in to replace them.  The show is a whole lot different today than it was during the first preview.  So if you saw it early on in the process, come on back!  Our genius music supervisor, David Chase, said that there were more changes done to this show than any of the other 27 Broadway shows that he has worked on. 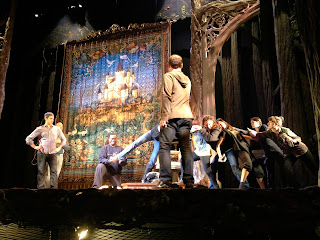 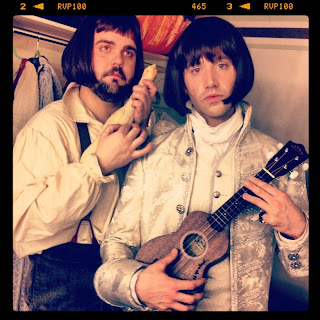 FOUR
JEFF: According to the weekly grosses, the show is doing very well!  (What a relief, huh?) How has audience reaction been during the show?  What is it like playing to full houses in the enormous Broadway Theatre?  How about fan response at the stage door?  Has it been crazy?  Does the cast get into it?

CODY: Heck, yes, we get into it! Haha!  Having this kind of turnout is a dream come true.  The audience's reactions have been so wonderful.  For me, there have been two parts about the audience's reactions that I will cherish forever.  First, I will never forget how excited the little kids get when the transformations happen.  I love hearing the young ones yelling, "Look, Mom!  Look!"  Secondly, I will never forget seeing the audience members get so emotional at the end of the show.  Seeing tears of joy while we are singing "Impossible" during our curtain call is so touching. 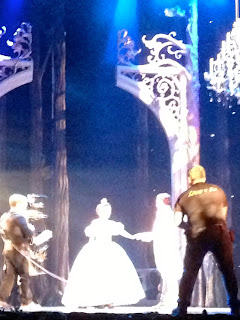 Shooting the B Roll! 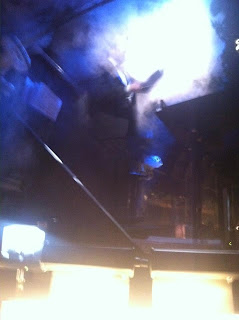 Our conductor, Andy Einhorn, at work

FIVE
JEFF: What are you most looking forward to about Opening Night finally getting here?  Will your family be there or have they already seen it?

CODY: I'm really just looking forward to the entire experience!  A Broadway opening night is something that I have dreamed about for years. I'm giving my two tickets to my mom and my girlfriend.  I'm thrilled that they will be able to experience it with me!

Before you go... don't forget to vote in this week's HOT or NOT poll!  Click on the icon at the top right column!