DON'T FORGET TO TAKE THIS WEEK'S "HOT OR NOT" POLL -
WEEK ONE OF MOTOWN!

As the spring season really gets revved up, this week had two major previewers, one major musical opening, and one colossal hit anniversary.  It's been a pretty happy week!  And it's just a pet peeve, really, that has me down at all.  I'm sure I'll get over it.  How was your theatre week?

Pet Peevish-ness: Buzz Kills:  I've harped on this before, and I know I need to get over it.  But nothing ruffles my feathers more that the absolute joy people seem to get from shows that are struggling or knocking down something that brings so many others happiness.  It seems that certain Tweeters and message board dwellers - all of whom claim to LOVE theatre - want it both ways.  They want to tear down the troubled, and they want to tear down the successful.  There's a lot to be said for everyone's right to share an opinion about a show, an artist, a performance.  Whether I agree with those opinions is not relevant; I respect everyone's right to say what they think.  But where I take issue is when 1) these people lurk around shows and "the theatre scene" looking for and joyfully reporting on any everything that goes wrong; and 2) these people say what they feel, and then refuse to let it end there.  Either they re-hash (over and over) the negativity and/or tell anyone with an opposite or more constructive opinion that they are wrong, lesser, or "stupid shills" because they don't share the same negativity.  And worse yet, when people that have positive points-of-view try to re-hash the positivity, the nay-sayers attack even harder, all under the guise of "having a meaningful discussion."  A discussion means both sides/parties share equally and agree or agree to disagree.  It certainly not nasty attacks on taste, or even worse, on people themselves.  I'll give you an pair of examples.  Apparently, during the intermission of the first preview of The Nance, Tweeters could not wait to report that the show is in need of work, a sentiment shared, apparently, by two patrons at the Lyceum who got into a loud argument, another thing that lit up the Twitterverse.  The vultures were gleefully circling, already forecasting a fast closure, the end to Nathan Lane's career, etc.  And woe to anyone who defended the play or Mr. Lane.  You guessed it - defenders were dismissed as shills, and told that if a show has people arguing in the lobby it can't be good.  One preview... Then there is the other first preview Tweet incident.  This time people were rejoicing that at the first preview, Andrea Martin got a standing ovation after her number in Pippin.  It rarely happens and it is an exciting, positive thing, right?  Well, again the vultures attacked, dismissing the positive people with such things as "I heard it really isn't all that special," and "of course they stood - it was friends and family night at the show," and the really shitty thing... the vultures responded by then telling anyone reading the thread what circus trick Martin performs without so much as a Spoiler Alert.  (Kudos to the monitors at BWW for quickly taking that down.) I should note that over the years of reading this stuff and watching it escalate, it is the same 5 or 6 Tweeters and dozen or so message boarders that I refer to here as "the vultures." It is to them I emplore: have and share your opinion, but allow others to have theirs.  And don't ruin it for everyone else.  Loving theatre doesn't mean loving everything that is bad and mocking everything that is good.

Happy Hardbody!:  SO GLAD Hands on a Hardbody finally opened!  It was so difficult to keep my mouh shut about this special, challenging and unique show.  Before the opening, it was fun to highlight some of the cast members, like "Face of the Future" Jon Rua (HERE), "Mr. March 2013" Jay Armstrong Johnson (HERE), and "Ms. March 2013" Allison Case (HERE). But the day finally came and I got to share my thoughts!  My review is HERE. March 21, 2013 was a terrific day on Broadway! 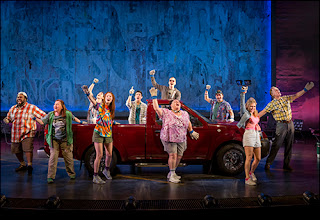 Once Turns One and Mormon Says, "Hello!" to Two!: March 18, 2013 was also a big day on Broadway, with 8 time Tony-winner Once turning one year old.  With four of the leads about to depart the show, the celebration, led by the soon-to-depart Cristin Milioti, was bittersweet.  The good news is that the audience was treated to an encore of a song cut from the show.  Lucky them!  A few days later, like TODAY, March 24, 2013, The Book of Mormon celebrates its 2nd Anniversary on Broadway.  But the good news for those Mormon boys is that the London version opened on 22 March 2013, to mixed to positive reviews, and looks set for healthy run - tickets are already booking there through January 2014!  AND both productions set new box office records to boot!


And Finally... Hot Broadway Boys in Magazines!:  It is always good news when the other media highlight Broadway and its performers.  It is a happy bonus when the young, up-and-comers are the focus.  This week, Jay Armstrong Johnson was featured THREE times: The Last Magazine, Backstage, and Buzzfeed.com!  He shared the pages of Backstage with Betsy Wolfe (The Last 5 Years, The Mystery of Edwin Drood), Valesia Lekae (Motown: The Musical), and Pippin's Matthew James Thomas.  Thomas joins Armstrong on Buzzfeed.com's "The 33 Hottest Hunks of Broadway."  The articles are interesting, and the pics are... well... pretty nice, too!  Here are a few, plus links to the full articles - just click the title. 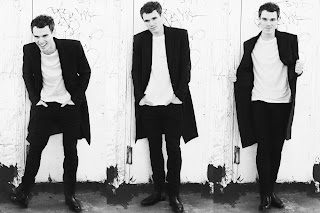 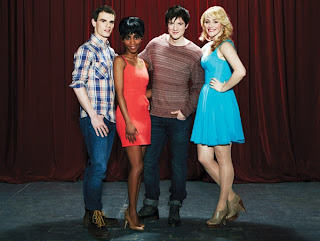 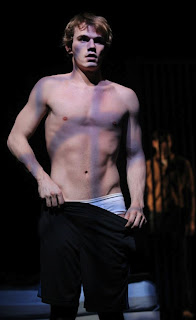 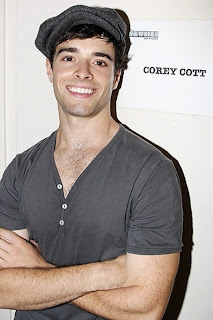 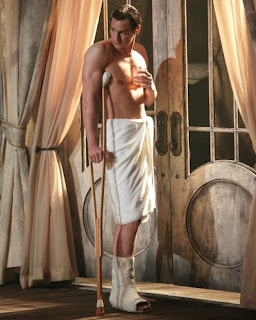 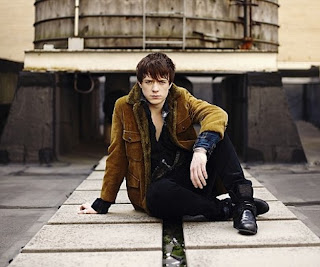 Have a great theatre week!