JKTS Chat: It Could Be Worse Creators Mitchell Jarvis and Wesley Taylor 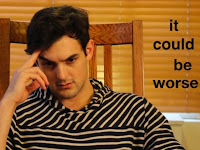 Tomorrow will mark the release of Episode 7 of the web series It Could Be Worse, created by Rock of Ages co-stars Mitchell Jarvis and Wesley Taylor, who also stars as Jacob Gordon.  If you haven't caught it yet, catch up at itcouldbeworse.tv or each Friday at Playbill.com.  (My review of the beginning of the series is HERE.)  Recently, I got the chance to talk with both of these uber-talented guys about how the show came about, how they get such an amazing array of talent to participate in this dark comedy.  Enjoy!

JEFF: How did this new web series, It Could Be Worse, come about?  Has it been mulling around your thoughts since your time together in Rock of Ages?  Is it based on anyone and/or personal experiences?

JEFF: When creating the series, did you always envision being in it as well as creating it?  Logistically, what are the challenges of doing both?

JEFF: The series (so far, anyway) has a dark comic edge to it.  Does this match both of your personalities?  How do you decide when you've gone too far or should push it even more?

JEFF: This is not the first Broadway-centered web series - not even the first you've been involved with.  What sets this one apart from the others? 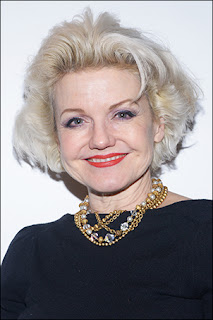 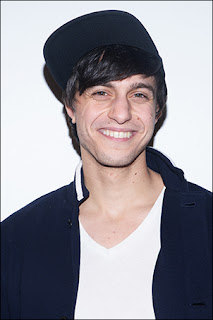 3 of the stars of the show: Alison Fraser, Gideon Glick, Adam Chanler-Berat

JEFF: Your first 5 episodes feature a huge number of stage stars in everything from co-starring roles to featured parts, to background players.  Everyone looks like they are having a good time doing it.  How do you get these people - including several Tony Award winners and nominees - to sign on?  How did you select the actors to play the main characters (Gideon Glick, Nancy Opel, Alison Fraser, etc.)??

JEFF:  Who would you LOVE to have in your cast in future episodes?

JEFF:  How do you select your locations?  Is this the kind of thing where you "call in a lot of favors"?

JEFF:  Assuming that there isn't a lot of money to be made on a project like this, what does performing and producing in this genre satisfy for both of you?

JEFF: How many episodes will this first season have?  Are you planning on a second season or is this a one-time thing?

JEFF: A lot of such web series depend upon the kindness of strangers.  If my readers wanted to contribute to make a second season or a completely new series you have in mind possible, how can they contribute?

REMEMBER:  If you haven't caught it yet, catch up at itcouldbeworse.tv or each Friday at Playbill.com.