The first half of the 2013 - 2014 Broadway Season is over, and here's how the box office turned out - the winners and the losers. 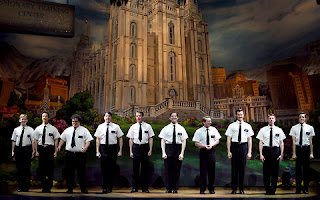 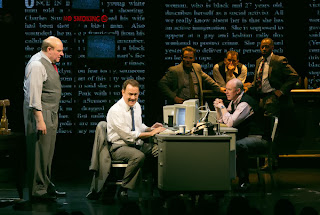 Of note: Star power does seem to drive box office, with three of the top 5 shows are limited run, star-driven vehicles featuring Daniel Craig, Tom Hanks and Bette Midler, respectively.  Look for more such vehicles for seasons to come. Special event shows prove to be either a huge draw (Il Divo kicked ass in its one week run, so good that it made the top 10!  However, Let It Be  and Forever Tango ended at the bottom of the list).  Still, Broadway musicals continue to drive the bottom line, with mega hit The Book of Mormon out pacing all shows by a wide margin, and perennial mega musicals The Lion King and Wicked both making the top 10.  And who says that Tony wins don't boost the B.O.?  Both the past season's winners for Best Musical and Best Musical Revival, Kinky Boots and Pippin  made the top 10.  Motown, a critical flop, but audience-pleaser, rounds out the top 10, supporting those who subscribe to the theory that critics have lost their power.  The bottom line (so far this season, at least) seems to be that producers and Broadway spin doctors can weave any tale they need to to justify investments in their shows.

* - NOTE: After Midnight and Mamma Mia! tied after all averages were ranked and totaled.  Mamma Mia! played at total of 25 weeks, with 1 week off for moving theatres.
Posted by JK at 5:57 PM