The Unforgettables 2013: 20 Theatre Movers and Shakers

There were so many people in the New York theatre scene that made a huge impact this year, that I struggled to narrow them down to 10 men and 10 women.  So I actually named 12 of each instead of the 20 promised by the title of today's blog.  (Actually, there are 25...) The more the merrier, I suppose.

This year's "unforgettables" list includes more than just performers - there are writers, songwriters and lyricists, directors and choreographers, too.  There are Broadway debutantes, soon-to-be-legends and Tony winners.  And there are those who stood out in major hits and others who rose above an otherwise flop.


THE 24 MOST UNFORGETTABLE THEREAT PEOPLE OF 2013
(In alphabetical order)

Erik Altemus (Pippin): He has a small role in show that could easily swallow any weak link, and still he manages to shine.  Sexy and charismatic, he gets as big a hand as Andrea Martin did during "Magic to Do."  This guy's going places... I can't wait to see what he does next!

Trey Anastasio (Hands on a Hardbody): He is another in a growing lit of rock stars who have tried their hand at Broadway.  And while his show was technically a flop, his tunes made many a critic and fan of the show perk up and notice.  "Keep Your Hands on It" is one of the best original songs written for the theatre in many years.  Let's hope a poor first reception won't keep him from trying again soon.

Rachel Bay Jones (Pippin): She has turned a heretofore bland, unremarkable role into a star turn tour-de-force.  She was robbed of a much deserved Tony nod, which is saying something given the rest of the cast she's in.  Something tells me there are big things in her future. 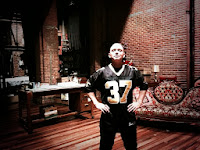 Michael Cerveris (Fun Home): With a resume full of highlights, he has followed his acclaimed performance in Evita, with what may be the role of his career in Fun Home. As a complicated, unforgiving/unforgivable father, he manages to be both maddening and sympathetic.  So immersed is he in the part, he is nearly unrecognizable.  He is giving one of the five most remarkable performances I've seen in over 30 years of seeing New York theatre.

Paul Chahidi (Twelfth Night, or What You Will): In a rare performance that puts scenery chewing in a great light, he has made a plot device of a role into a major force, which is no small thing considering that he is vying for our attention versus no less than Mark Rylance.

Mary Bridget Davies (A Night with Janis Joplin): Yes, she does a remarkable take on the rock legend.  But it is her passion and heartfelt interpretation of each number that sold me.  Will 2014 bring her her first Tony nomination?

Santino Fontana (Rodgers + Hammerstein's Cinderella): The very definition of a "triple threat," he was a multi-layered Prince Charming, flaws and all.  With a voice like that, dancing skills and enough charisma for any three people, no wonder Ella fell for the guy!  I know that I am forever smitten!

Lisa Kron/Jeanine Tesori (Fun Home): So beautifully intertwined are the score and book for this amazing new musical, that it wouldn't be right to name one and not the other.  Their work is brilliant.  Shocking, moving and brilliant.

Cyndi Lauper (Kinky Boots): The pop icon put a lifetime of loving musicals to work and came away with a Tony Award for her first time at the party!  Tuneful and with a heart bigger than the Al Hirschfeld Theatre, the score is a lot of fun.  I wonder what the woman who came up with "True Colors" would do with a serious subject for a show.

Valisia LeKae (Motown: The Musical): For me, she was the best thing about this Vegas show.  Her take on Diana Ross is both a loving tribute and a beacon of acting technique in an ocean of mediocrity.  As much as I enjoyed her performance, though, it is her latest role as spokesperson for ovarian cancer that makes me really admire her.  Turning her own fight with the deadly disease into a platform for educating others makes her a real heroine.  And when she win the battle, I'll make sure to see whatever show she's in next.

Adriane Lenox (After Midnight): While everyone is singing the praises of Fantasia (well-deserved though they are), Lenox takes the stage by storm more than once and brings the house down each time.  She is star quality personified.  Brava! 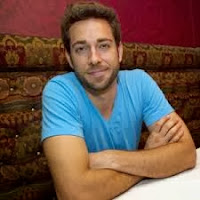 Zachary Levi (First Date): Count me among his millions of fans.  And count me among those who are already praying that he comes back to Broadway - and regularly.  He is the real deal with singing chops and comic timing that is both modern and old school.  In the "old days," he'd have gone on The Ed Sullivan Show and become a major stage star.  If there is any justice, he will be a TV, movie AND Broadway star from now on.

Lesli Margherita (Matilda): The one person (besides the Matildas) in that show that I thought was a sure Tony nominee was this woman.  Her over-the-top performance is a stand out in a show full of them.  She's both hilarious and repulsive, usually that the same time.  And yet, you can't help but like this Mrs. Wormwood, anyway. I can't help but love this "loud" woman! 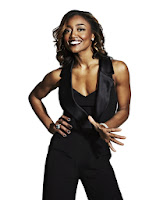 Patina Miller (Pippin): About ten minutes into Pippin, I knew she was going to win the Tony.  I know some people take issue with her intensity, but I found her Leading Player to be menacing, dangerous, captivating... and mesmerizing.  Dangerous and perfect. 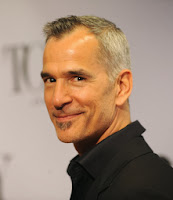 Jerry Mitchell (Kinky Boots): After major snubs for Dirty Rotten Scoundrels, Legally Blonde, and most egregiously for Hairspray, it was nice that the guy won his second Tony for this show's choreography.  Perhaps now the awards-givers will start to take his staging/direction more seriously.  He's really good at elevating middling material, and his work is never boring to watch and almost always affecting. 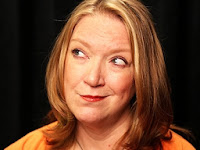 Kristine Nielsen (Vanya and Sonia and Masha and Spike): A scene-stealer in a show full of them, she was riveting even when she wasn't saying a word.  The woman knows her way with a look as much as she does physical comedy and razor-sharp line readings.  And she was awesome in The Sound of Music LIVE, even if she was barely recognizable!

Lisa O'Hare (A Gentleman's Guide to Love and Murder): It would be so easy to write off anyone in this show who isn't Jefferson Mays, but this super sexy songstress owns the stage every single second she's on the stage.  And, boy, can she sing!  I've been waiting for her to hit Broadway since her acclaimed turn in My Fair Lady, which never made it to New York.  But at last, she's here.  Let's hope she stays.

Jonny Orsini (The Nance, Macbeth): OK, I'll admit the guy is sexy as hell, and his full monty moment in The Nance was memorable.  But there was a whole lotta play left after that three minutes, and he delivered a charming, heart-wrenching performance.  His chemistry with Nathan Lane was palpable all the way up in the balcony of the Lyceum, and he held his own making his debut with a cast full of veterans.

Laura Osnes (Rodgers + Hammerstein's Cinderella): She probably is getting tired of hearing that she is perfect for the role, but that doesn't make it any less true.  Lovely to look at and sweet on the ears, she is also an excellent musical comedy actress, both in the traditional sense and in modern terms.  And anyone who can be superb as Bonnie Parker one year and Cinderella the next is rare indeed.

Bryce Pinkham (A Gentleman's Guide to Love and Murder): I've loved this guy since Bloody Bloody Andrew Jackson, and thought he was great in Ghost, but this show has really put him on my short list of actors I'll drop everything to see.  He manages to make you feel for him even though he's the bad guy in a farce.  And he does it all here, too: physical comedy, low brow humor, and he sings like a bird.  So he doesn't play 8 characters?  The one he does play will, hopefully earn him some Tony respect this spring.

Zachary Quinto (The Glass Menagerie): He has illuminated the role of Tom Wingate in ways that others will try to replicate in future productions.  I doubt they will be as stunning as Quinto.  He is most brilliant in a production that is brilliant in every way.  People will be talking about his powerful performance for years to come.

Keala Settle (Hands on a Hardbody): People that didn't even see Hands on a Hardbody talk about her unforgettable "Joy of the Lord" number.  And it was terrific.  But so was the rest of her performance, which could have easily been a one note cliche.  The mark of real star quality is when you can't help but watch everything a certain actor is doing, even when they aren't talking.  Ms. Settle has just that kind of  presence.

Ryan Silverman (Passion): His was a wonderful, powerful and surprisingly emotional performance as Giorgio.  I also loved that he was equally suited to both Fosca and Clara (all three performances were perfection).  He helped to make this complex, difficult piece really work in ways it never really did before.

John Tiffany (The Glass Menagerie): I loved his less-is-more approach to Once, but he takes to an all new level with his gorgeously austere direction of a classic play.  That he has assembled a truly perfect cast is a bonus, to the real prize here: he has illuminated an old play in such a way that it is full of one revelation after another.  Whatever he does next will be, I'm sure, thought-provoking at the very least.  Sign me up!


Who should I have left off?  Who did I miss?  Email me at jkstheatrescene@yahoo.com.

FOR OTHER 2013 IN REVIEW ARTICLES: