2013 in Review: The Best of the Best: Performance 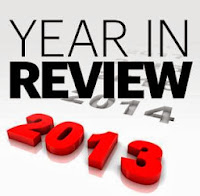 Yesterday, I shared my choices of 39 "Bests" in 38 non-performance categories (there was one tie!), covering theatre in the media, theatre memorabilia, and the theatre-going experience.  Click HERE to see that list.  Today, there are 39 "Bests" in 36 performing categories!

There were so many great things happening in on and off Broadway scene, it was really difficult to select just one winner in many categories in this Best of the Best Performances list.  Of course, a lot of this list is only semi-serious and meant to be fun.  I'll get a little more serious when I give you my 20 Movers and Shakers list, which names those theatre folk who really made a big impact on Thursday, and when I name my 10 Best Shows (and 5 biggest disappointments) on Monday.  But for now, let's have a little seriousness and a little bit of fun!

1.  Best Debut (Play): Zachary Quinto, The Glass Menagerie – His performance is fierce, unsettling, and profoundly affecting.  I'm already looking forward to seeing him in his next show!
2.  Best Debut (Musical): Zachary Levi, First Date – The TV star is a Broadway musical natural!  What a voice, and what nice chemistry with Krysta Rodriguez!
3.  Best Child Actor: Milly Shapiro, Matilda – She's adorable and legitimately excellent, and one hell of a dynamo!


7.  Best Chemistry:TIE: Casey and Aaron, Krysta Rodriguez and Zachary Levi, First Date and Ella and Topher, Laura Osnes and Santino Fontana, Cinderella and Chauncey and Ned, Nathan Lane and Jonny Orsini, The Nance.  If you any saw them, you'd know that no explanation is necessary.

8.  Best Cast Chemistry: The Nance – Fighting society takes a unified group... a family.  This cast fought "the man" as one, and the play (and we) was all the better for it.
9.  The Grin-and-Bear-It Award (Cast): Soul Doctor – Just as I said for last year's winner: I’m embarrassed for them.  But they still showed up for 8 a week and gave it 100%.
10. The Grin-and-Bear-It Award (Individual): Kate Baldwin, Big Fish – Her show's a dull one, and she still managed to shine through all the special effects and mediocrity.

11. Best Dancing by a Non-Dancer in a Musical: Andrea Martin, Pippin -  Last year's winner dangled from a chandelier, this year's did most of her work in a dance-heavy show hanging from a trapeze ring, and they both won Tonys for their efforts.
12. Best New Song Written for a Broadway Musical: “When I Grow Up” from Matilda
13. Best New Song Written for an Off-Broadway Musical: TIE: “Changing My Major” and “Ring of Keys” both from Fun Home
14. Best Underscoring: The Glass Menagerie

15. Best Props in a Play: The Glass Menagerie – There were only about 5 of them, but their impact made the play even more profound.
16. Best Props in a Musical: Pippin – As endlessly inventive as the entire production.
17. Best Body Part: Just like last year: Legs! – But this time I'm talking actual legs, like all the pairs in all of those amazing Kinky Boots!

18. Best Kiss (Straight): Casey and Aaron in First Date. Sure, it was inevitable, but it was worth the wait.
19. Best Kiss (Lesbian): Medium Alison and Joan in Fun Home A first kiss was never more life-changing or honest...

20. Best Underwear (Play): Billy Magnussen in Vanya and Sonia and Masha and Spike

21. Best Underwear (Musical): Rachel Bay Jones in a slip in the final moments of Pippin...
22. Best Shirtless Moment: Matthew James Thomas in Pippin – Why isn't that on the Broadway poster?

27. Best Victor/Victoria (Musical): A few of the D'Ysquith family members (Jefferson Mays in A Gentleman's Guide to Love and Murder)
28. Best Victor/Victoria (Play): Viola/Cesario (Samuel Barnett in Twelfth Night)
29. In the Heights Award for Best Use of a Cell Phone: First Date
30. Best Peter Parker Rise Above Award: Amber Imam in Soul Doctor – The best thing about the show...

33. The “Say a Little Prayer” Award for Too Much of a Good Thing:  PLEASE… enough girl groups and dead rock stars already!
34. The Alice Ripley Award for Acting Intensity: Michael Cerveris in Fun Home.  The actor was barely recognizable in a career-making role.
35. The Scottsboro Boys Award for Too Short a Run: Hands on a Hardbody
36. The Baby It’s You/Shirelles Award for Back Up Singer Excellence: The entire company of After Midnight.