Another calendar year is coming to close, and I am preparing my best of/worst of lists even as you read this.  But the 2013 - 2014 theatre season is just now half over, and things may be slowing down before the inevitable spring sprint to the finish line.  That doesn't mean there is nothing to look forward to.

Before I chat about the shows I am most looking forward to that will open between now and the end of February, though, I'll take my usual look back at what I loved (and hated) of the last three months, September - November 2013.

The shows I saw (and their respective grades) were: Pippin (A+) - a re-review, including Andrea Martin's final performance; Big Fish (C); The Glass Menagerie (A+); A Gentleman's Guide to Love and Murder (B+); Twelfe Night, or What You Will (A+); Little Miss Sunshine (B+); After Midnight (A+); and Fun Home (A+).   That is a solid A average - something I haven't seen in any three month period since I've been blogging.  And this period included only one real disappointment, one great surprise, and one show that restored my faith in modern musical making.  And all of these shows included excellent performances with some terrific debuts, serious acting chops revealed, some stunning dancing, dazzling singing, and some really amazing staging.  Look for all of these shows in my year-end wrap-up.  (All of these reviews can be found by clicking the "Show Reviews" tab at the top of this page.)

And here's what I'm looking forward to (of the shows opening) this winter.  To be fully honest, I'll probably not get to the plays, but the musicals are a sure thing!  (Plus, I'm going back to see The Glass Menagerie this Saturday!)

HOLD-OVER FROM THE FALL

A Night with Janis Joplin (On Broadway at the Lyceum Theatre)
So, I'm not a huge fan of shows about rock stars.  And I'm not a fan of Janis Joplin's music.  But I've heard mostly good things about this production - even from people who aren't Joplin fans either.  Still, it's a new Broadway musical, so it is on my list.

Kung Fu (Off-Broadway at Signature Theatre)
David Henry Hwang is one of my favorite playwrights, and while the subject matter isn't something I'd normally go for, I'm willing to bet he'll make it interesting.  Plus the lead is one of my favorite dancers from So You Think You Can Dance, so I'll bet the moves will be spectacular! 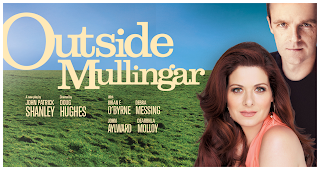 Outside Mullingar (On Broadway at The Samuel J. Friedman Theatre - MCC)
Like the above, it is the playwright (John Patrick Shanley) and the casting (Debra Messing and Brian F. O'Byrne) that attracts me to this project.  I'll be keeping an eye on this one!

Beautiful: The Carole King Musical (On Broadway at the Stephen Sondheim Theatre)
What concerns me most of all about this one is that it is previewing as I write this, and no one is talking about it.  And this is the third musical in as many seasons to feature The Shirelles, who, while interesting, are hardly worthy of such treatment.  What this show does have going for it is the great, timeless music of Carole King, and an exciting cast that includes three of my favorite performers, Jessie Mueller (On a Clear Day, The Mystery of Edwin Drood), Jake Epstein (American Idiot, Spider-Man) and Anika Larsen (Xanadu).

The Bridges of Madison County (On Broadway at the Gerald Schoenfeld Theatre)
I intend to go into this one blind - I've never seen the film, nor have I read the novel.  I love the cast: Kelli O'Hara is always magnificent, and she was really terrific with Steven Pasquale in Far from Heaven, so I have high hopes for some serious chemistry.  Plus the latest casting news makes this even more interesting to me - I love Hunter Foster and Derek Klena.  But I have a love-hate relationship with composer Jason Robert Brown: love - Parade; hate - The Last Five Years.  But, hey, really enjoyed 13, so I'll try to be objective...