#TBT: Broadway Playbill: Getting Away With Murder: March 1996 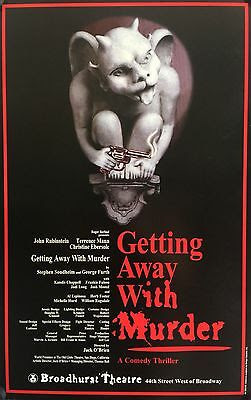 Being the devout Stephen Sondheim fan that I am, there was no way I was going to miss a play that he wrote. Add George Furth - his co-playwright and book writer of Company - and there was absolutely no way I'd miss it. The added attraction of John Rubinstein (the original Pippin!!) and Terrence Mann (the original Rum Tum Tugger, Javert and Beast!!) made this a must-see for me. Christine Ebersole was an unknown to me; I became an instant fan and have followed her ever since. Back then, I was almost exclusively seeing musicals on Broadway, so this was quite a departure for this (then) 20-something!  The critics hated it, and it closed quickly. Turns out that I saw the final Saturday matinee. I enjoyed it, knowing full well that as with any Sondheim show, there was more there than meets the eye. Heck, even the character names were part of the mystery (clever ways of naming them after the seven deadly sins, e.g. Gregory Reed - greed, Dossie Lustig - lust). And it lived up to its genre; it was both funny and thrilling. I recall a rather vivid depiction of a crime, and some every intense moments throughout. Thinking back on it like this makes me long for a new Broadway thriller. 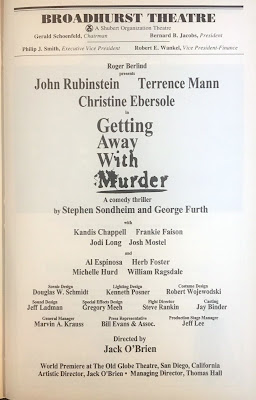 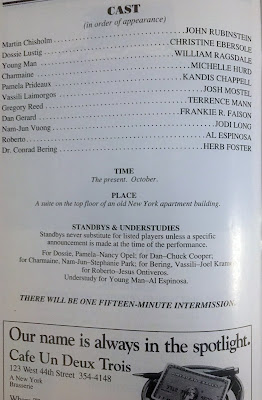 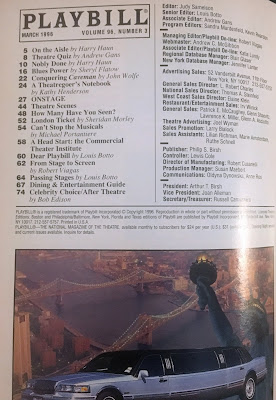 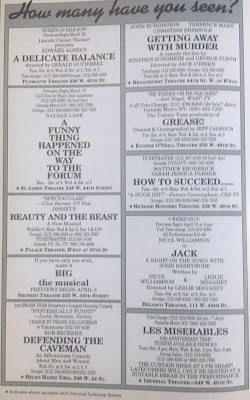 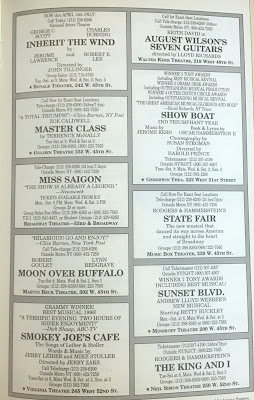 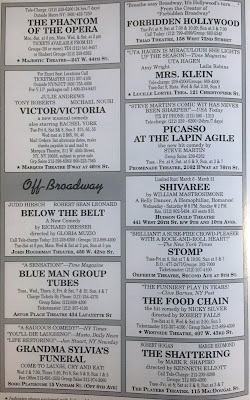 A great time to see variety on Broadway: big musicals, musical revues, TWO one-man shows, classic revivals of both plays and musicals - some of the most beloved titles of all time all at once! "New" Rodgers and Hammerstein, old Rodgers and Hammerstein. And the stars! Julie Andrews, Tony Roberts, Rachel York, Michael Nouri (and that's just one show!), Betty Buckley, Lynn Redgrave, Robert Gould, Zoe Caldwell, George C. Scott, Charles Durning, and Nathan Lane. And guess what? The soon-to-be-back-on-Broadway Matthew Broderick and Sarah Jessica Parker. Everything old is new again. 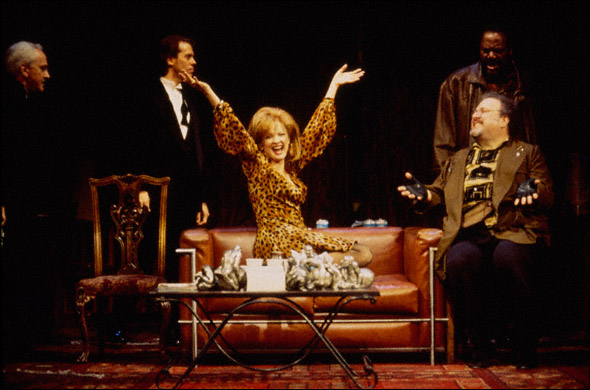 Labels: #TBT, Getting Away With Murder, Playbill, Stephen Sondheim