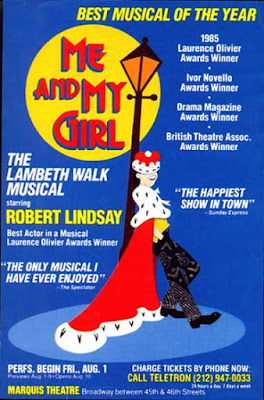 During the 1986-1987 season, my favorite new musical wasn't everyone else's favorite new musical. Actually, my favorite new musical wasn't really a new musical at all. While everyone was weeping and wailing over Les Miserables, I was crying tears over joy over the British import of a 50 year old musical, Me and My Girl. Truth be told, the show was a huge hit, critical darling, and award-winner (13 Tony nods, 3 wins - including Best Actor (Robert Lindsay) and Best Actress (Maryann Plunkett). It was also featured one of my favorite character actresses, Jane Connell. The show was old-fashioned in all the best ways - it was funny, glamorous, tuneful and full of big production numbers. It knew it was old school, and played it huge! The scenery was also amazing - I recall a town car made out of suitcases, and a rolling backdrop that played behind it as it "drove" through the English countryside. There was also a full-scale mansion, complete with dancing suits of armor and portraits that came to life (way before Harry Potter!). Then there was the signature song and dance number, "The Lambeth Walk." Once you heard it, it took weeks to get it out of your head.

After more than three years, and long after the original cast left, Me and My Girl closed, but never lost its charm and finesse. It was the first full-scale show to play the Marquis Theatre, and to this day, it still holds the record for the longest running show to play there. 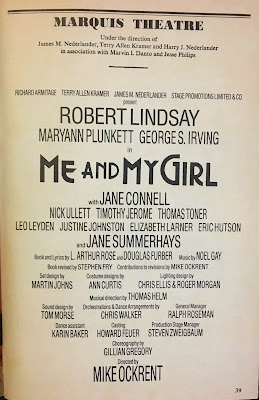 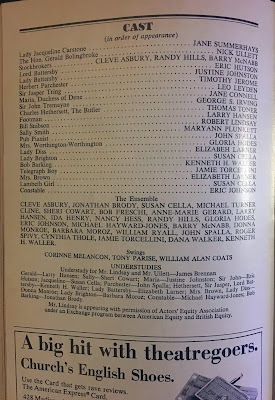 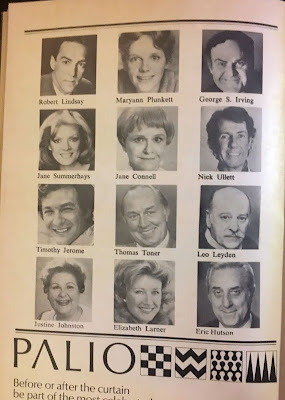 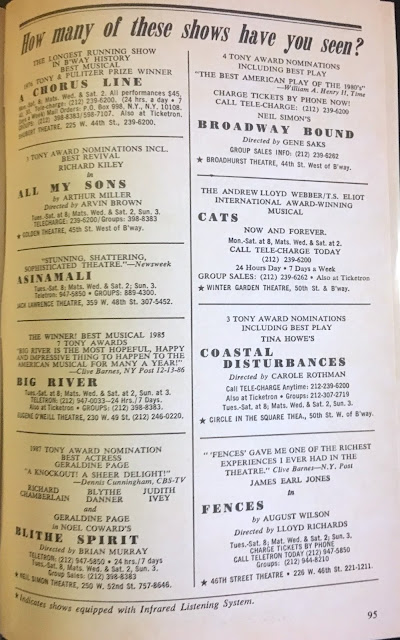 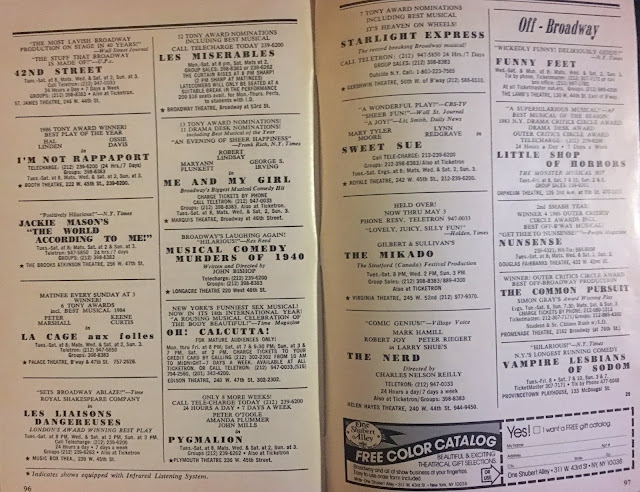 HERE ARE SOME PHOTOS FROM THE SHOW! 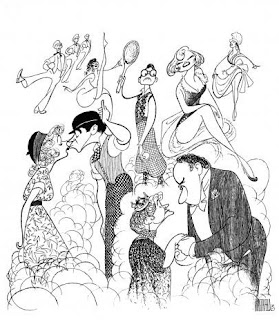 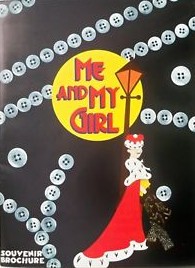 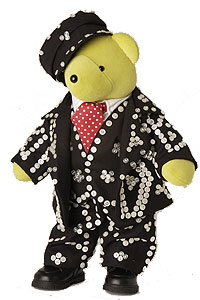 Labels: #TBT, Me and My Girl, Playbill