A Few Thoughts on the 2019 Broadway Flea Market 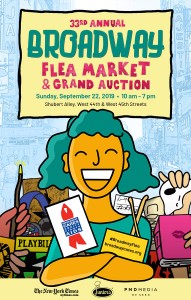 As Mike said as we hit the Lincoln Tunnel, another Broadway Flea Market is in the books. $870,167 was the final tally - way to go, theater fans! We all braved the heat, the crowds and the scaffolding, and hopefully most of us came away with some new and beloved treasures. We're already looking forward to next year! How about you?

Here's what I came away with: 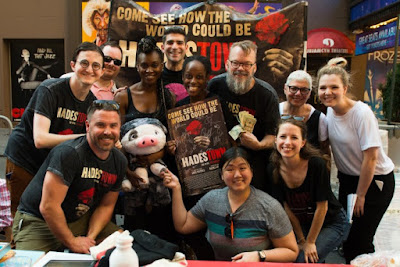 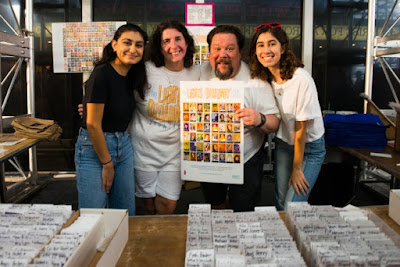 Still for all my complaining, I had a great time and picked up a few things for friends (which I can't tell you about because they'll read it) and a couple of new treasures for myself. I love my To Kill A Mockingbird Tony Voters book, and I found some great cards to fill in my Lights of Broadway card collection. Now, they were organized! I was impressed with the whole table, and Squigs is such a nice guy!

And the non-autograph table star-gazing was great as always. Julie Halston, Patti Murin, Reeve Carney, Eva Noblezada, Jeff Daniels, Telly Leung, and Ryan McPartlin were just a few people I bumped into as I walked around. One or two I literally bumped into!

Finally, as I noted in last week's Friday 5, I got to see some really wonderful, like-minded people. High school boys holding hands. High school girls holding hands. The Beetlejuice cosplay fans. And it seems the older gentlemen with canvas tote bags seem to have created an army!