This game proved so popular, we just had to come back with even more Leading Ladies! Remember, you can only use each name once! 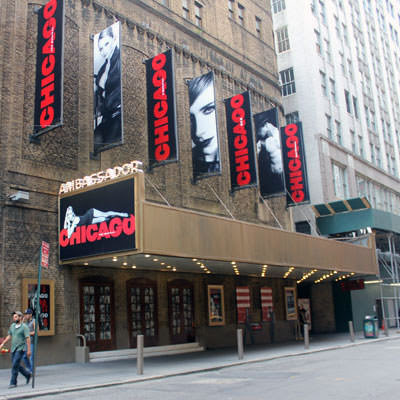 Broadway Games:
Which Leading Lady...?
A. Tonya Pinkins     B. Julie Andrews     C. Gwen Verdon
D. Bebe Neuwirth     E. Ruthie Ann Miles
F. Betty Buckley     G. Adrienne Warren     H. Janet Dacal
I. Beth Leavel     J. Chita Rivera
Which Leading Lady...
1. ...played the leader of the Philippines and the first wife of the King of Siam?
2. ...has played a free-loving mamma, a girl group guru and won a Tony for playing a drunken title character?
3. ...made her Broadway debut in Sondheim's most famous flop, appeared in an August Wilson play, and played a titular maid in a musical?
4. ...replaced Bernadette Peters in Song and Dance?
5. ...is the only person to play all 3 major female characters in the same production of the same musical?
6. ...went down the rabbit hole in one show and played a hairdresser in another?
7. ...rejected her most recent Tony nomination in solidarity with her "egregiously overlooked" cast mates?
8. ...played some of Broadway's most iconic roles before winning her first Tony for a flop musical?
9. ...is a two-time Tony nominee who debuted on Broadway as a cheerleader?
10. ...came to Broadway's attention as an Apache dancer who stopped the show in Can-Can, winning both a Theatre World Award and a Tony Award for her efforts?
#2516
Answers to Last Week's Game:
Which Leading Man...
1. ...wrote the scores for both of his leading roles on Broadway? H. Lin-Manuel Miranda
2. ...has been nominated for 7 Tony Awards, but has yet to win? E. Danny Burstein
3. ...won both of his Tony Awards for roles in shows that did not win Best Musical? C. Norbert Leo Butz
4. ...departed Pretty Woman prior to its opening on Broadway? B. Steve Kazee
5. ...played a ghost in one show and a real-life criminal in another? D. Aaron Tveit
6. ...played Spider-Man and a mythical character? G. Reeve Carney
7. ...was the Favorite Son? I. Joshua Henry
8. ...has played a pinball wizard, a vengeful barber, a Presidential assassin and Alison's dad? J. Michael Cerveris
9. ...played Spider-Man and the son of Charlemagne? F. Matthew James Thomas
10. ...was one of the two on the list who was in the pre-Broadway tryout of his show at Arena Stage in Washington, D.C.? A. Ben Platt
Posted by JK at 7:00 AM