One That Got Away: The 39 Steps 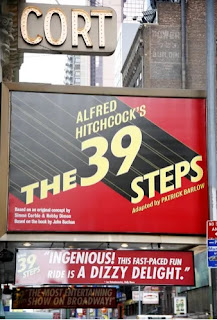 One That Got Away:
The 39 Steps (2008)
I have often  said that one of the things I like best about theater is that it can do so many things that film just can't do, despite all of the technology movies have at their disposal. Simply put, the fact that live theater forces you to engage your imagination. Maybe it is even more noticeable when the stage production is based on a film. Usually, we talk about the movie-to-musical version, but occasionally, a film is turned into a straight play. One such case is one of my favorite plays, Brief Encounter, an imaginative take on a classic - stage magic and performance in perfect harmony. 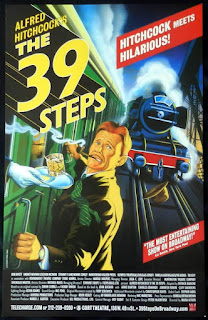 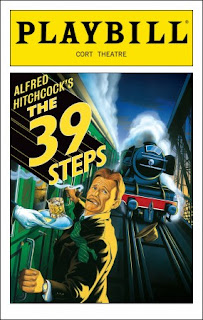 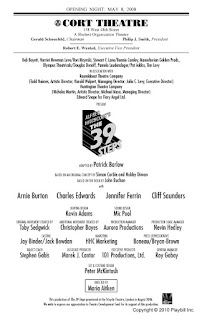 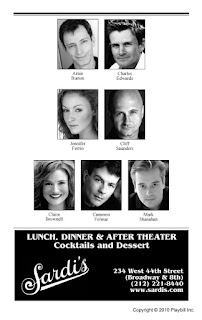 It is a similar circumstance that still has me kicking myself some thirteen seasons  since its Broadway debut. You see, it was back in 2008 that The 39 Steps hit the scene and brought an Alfred Hitchcock classic to life with a comic twist. The show was exactly the kind of thing I look for: bravura performances and creative staging. The cast of four played hundreds of characters with fast costume changes, and faster changes of accent. And a thriller that included car chases, police pursuits and hi-jinx on a moving train, performed with little more than simple effects and a few props is definitely my cup of tea! 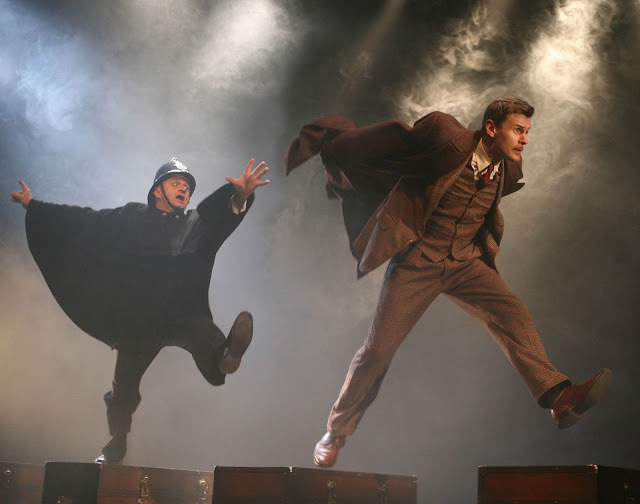 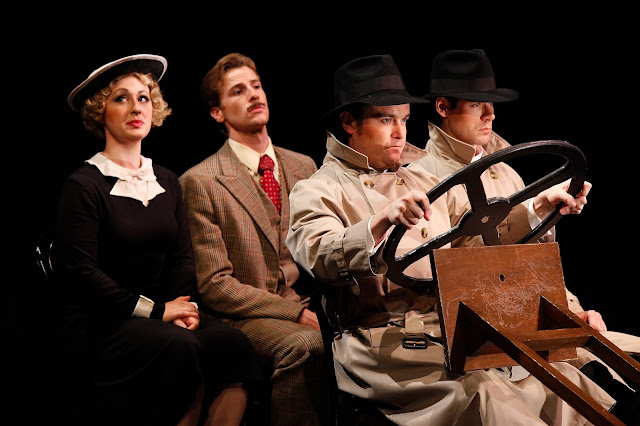 It ran for nearly two years and even played three different theaters! How on earth did I miss it? Talk about one that got away! If it ever comes around again, you can be sure I will be in the audience wide-eyed and slack-jawed in amazement.
The 39 Steps began as part of a Roundabout Theatre Company's season, and later moved to the Cort Theatre as a commercial production. The show finished its final months at the Helen Hayes. It played 23 previews and 771 performances, opening on January 15, 2008 and closing January 10, 2010. Nominated for six 2008 Tony Awards, it won two: Kevin Adams' lighting design, and Mic Pool's sound design.
#2529
Posted by JK at 7:00 AM

Labels: One That Got Away, plays, The 39 Steps