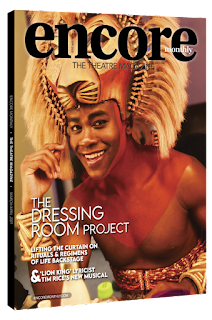 I'm old enough to remember looking forward to getting theater magazines in the mail. It was always a thrill when my Playbill Magazine and TheaterWeek would show up in the post box. I'd run up to my room and devour both in one sitting, cover to cover. You know, there really is something to be said for snail mail. Don't get me wrong - I do love the instant gratification of the internet. But I do love holding a magazine (or a book) in my hands. So, you can probably imagine my delight when a complimentary issue of a new theater magazine showed up in my mailbox last week!
It is called Encore Monthly, and it is wonderful. Just what this theater lover in this stay-at-home-no-live-theater world needed. 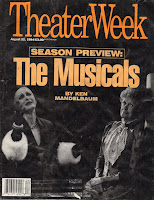 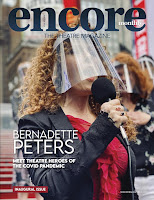 Theater Magazines: A Partial History
The Broadway Magazine Rack:
Encore Monthly
Where to start? Well, the physical magazine is high quality, from the laminated cover to the heavy, large sized pages the booklet feels substantial. Each page is full-color with large photographs. 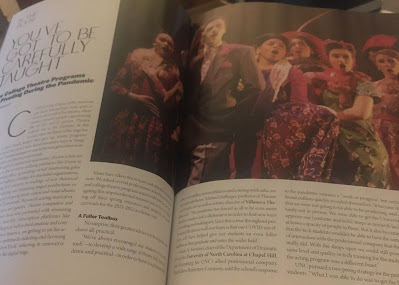 Then there is the staff, a terrific mix of seasoned professionals - Robert Viagas (formerly of Playbill) serves as Editor-in-Chief, Harry Haun (also from Playbill), and theater reviewing legend Peter Filichia - and new voice contributors like David Nimh, Christine Pedi (of Forbidden Broadway fame) and Marcus Scott. This spectrum of writers allows for historical perspective and a look to the future. I look forward to seeing what comes from them in future issues. Even the photography comes from an expert point of view with theater legend Joan Marcus as Photography Editor, and the list of contributors reads like a who's who.
The organization of the issue is even set up like a theatrical experience, with sections like "Curtain Up," "Backstage," "In the House," "Intermission," and "Curtain Speech." 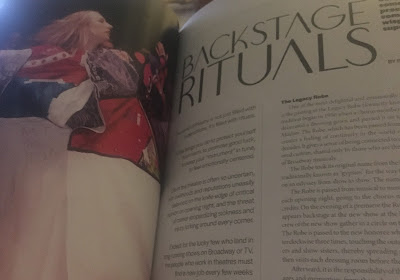 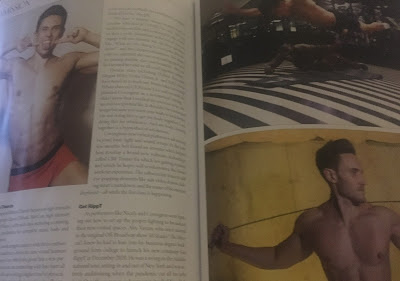 In the current issue, March/April, there is an emphasis on Broadway backstage, including a photo essay about life in the dressing room, and the rituals, superstitions and traditions in theater all over the country. Among the familiar is a section on The Legacy Robe, while there is a fascinating bit about a theater that was rebuilt. The company installed small sections of the original stage deck by the stage door so that all who enter touch the history of the place. 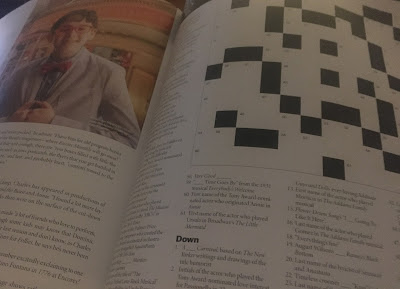 There's an article about how theater schools are adapting to the Covid situation, and a sweet article about a 13 year old kid who, inspired by the recent revival of On The Town, has become an expert on all things Broadway. To end the issue, there'a crossword puzzle and a vintage photograph that invites us to guess in what year the photo was taken.
All of the above doesn't cover the amount of information and fun there is to be had here. Currently, issues are bi-monthly, but the editor assures us that the magazine, like its name, will be monthly once Broadway returns. In addition to the print copy - a wonderful keepsake in quality and content - each subscription comes with access to each article online. I didn't need to think twice about signing up. A year's subscription is under $30, and I am confident I'll get my money's worth.
Grade: A+
📸: J. Kyler
#2520
Posted by JK at 7:00 AM