At This Theatre: The Ethel Barrymore

Having been a legit theater for just over 92 years, it should not be a surprise that during its history the Ethel Barrymore Theatre has had some notorious tenants on its stage. Among them, the original productions of The Women, Pal Joey, and, notably, both A Streetcar Named Desire and A Raisin in the Sun. Of course, we haven't been around for as long, but we have seen our share of pretty amazing shows.
At This Theatre:
The Ethel Barrymore 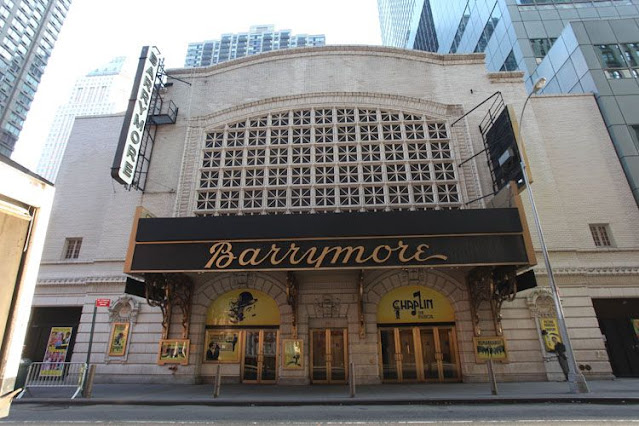 The Shows We Saw There: The Life, Company (2006), Chaplin, The Curious Incident of the Dog in the Night-Time, The Band's Visit
How They Rate: 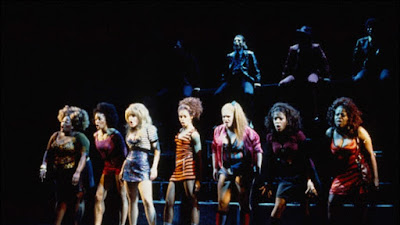 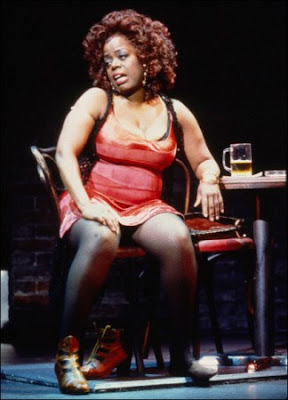 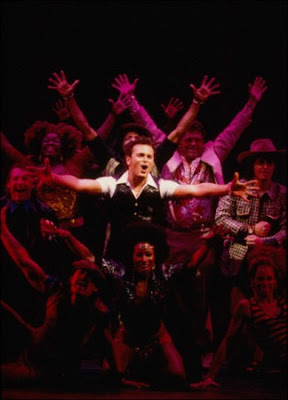 5. The Life (1997): Here's a show that everyone around me seem ecstatic about, while I sat there scratching my head. There were some terrific performances from Chuck Cooper, Pamela Isaacs, Sam Harris and especially Lillias White. And there were a few standout songs from Cy Coleman's score. But mostly, it wasn't as funny, meaningful or edgy as it thought it was. 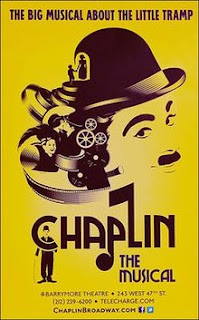 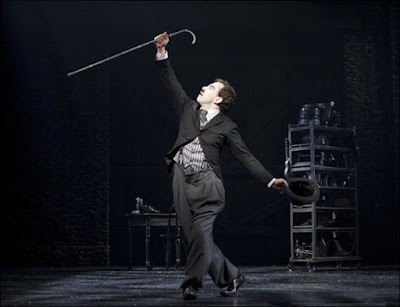 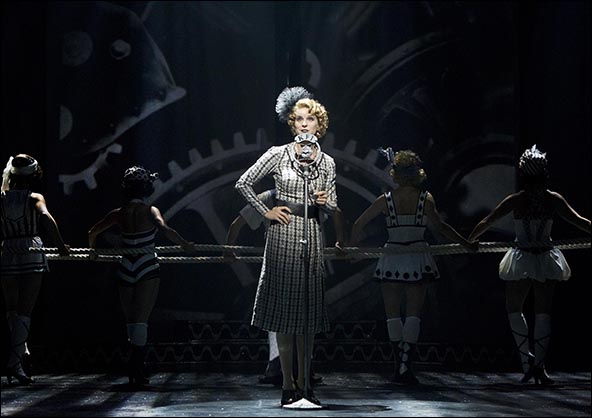 4. Chaplin (2012): Mike and I were split on this one. We both enjoyed it, but I liked it more. The cast was aces, with stand out supporting performances from Wayne Alan Wilcox and Jenn Colella. Her songs, in particular, stood out for their catchiness and Colella's biting delivery. For me, though there were two stars of this underrated musical: the mesmerizing, detailed and completely magical star turn of Rob McClure, and the exciting tech that brought Chaplin to life as a black and white/sepia-toned movie. 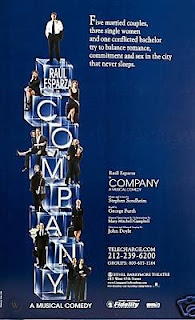 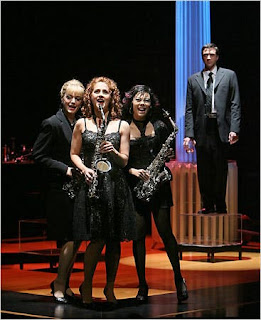 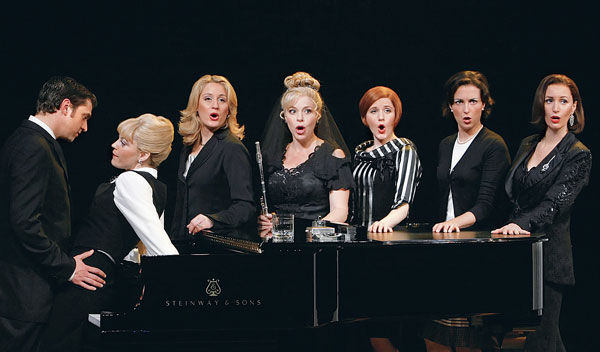 3. Company (2006): My second revival of one of my favorite Sondheims was so good, I saw it multiple times. We agreed that we loved the spare, actors-as-musicians, and it worked for us (though not everyone was as impressed). Barbara Walsh was an icy, delicious Joanne, and the vacant look in Elizabeth Stanley's eyes was something I don't think I'll ever forget. But it was the always wonderful Raul Esparza that really made this revival soar. I'm so glad it was recorded! 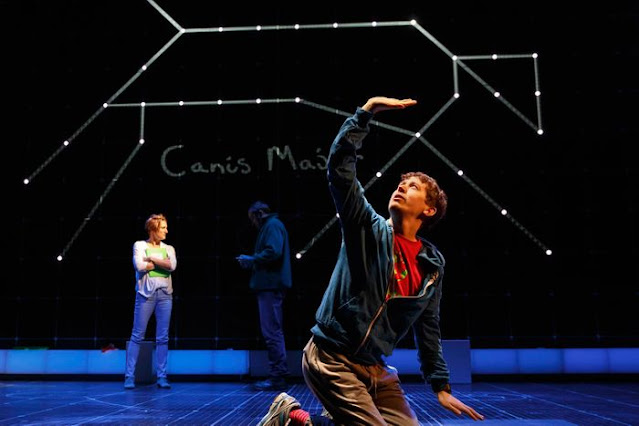 2. The Curious Incident of the Dog in the Night-Time (2014): Easily one of our favorite plays of all-time, it had spectacular production values (the lighting! the projections!) and a thoroughly engaging company of actors, lead, in our case, by the unbelievably superb Taylor Trensch, What really put this one to the top of our list, though, was the thrilling, edge-of-your-seat story. I held my breath for nearly three hours. 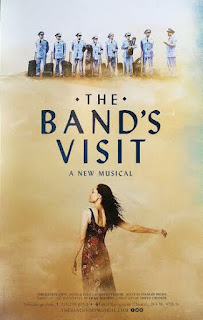 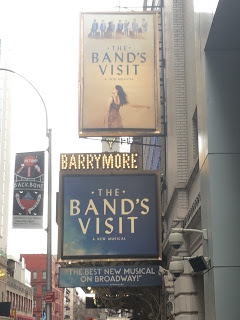 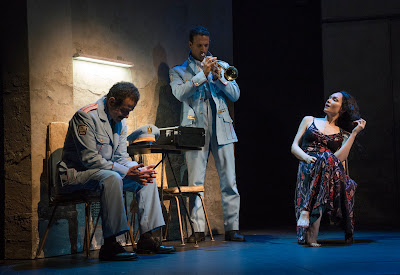 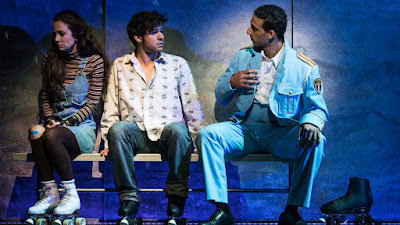 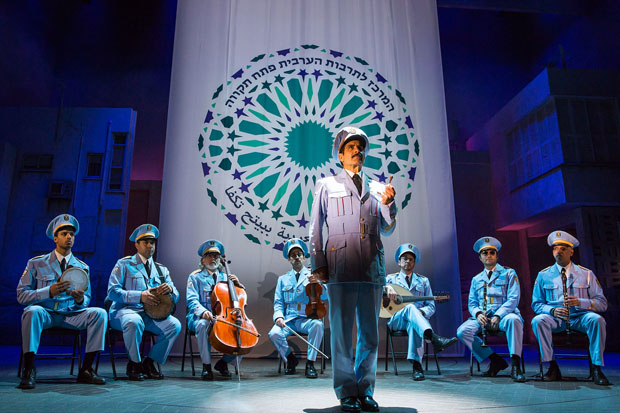 1. The Band's Visit (2017): I miss the singular feeling of being in a theater with over a thousand people in complete silence, so mesmerized were we all. I miss the singular feeling of being so involved in what I am watching that I completely lose track of time and space. The Band's Visit gave me both of those intense feelings. When was the last time a musical was as enthralling during its silent moments as during each of its gorgeous songs? The human experience of helping strangers because it is the right thing to do is something the world sorely needs, and that was the beauty of the show.
What's your favorite show or memory at The Barrymore? Email us at jkstheatrescene@yahoo.com or Tweet us @jkstheatrescene.
#2515
Posted by JK at 7:00 AM

Labels: Barrymore, Broadway Theatres, Chaplin, Company, The Band's Visit, The Curious Incident of the Dog in the Night-time, The Life