At This Performance: Jordan Dobson and Mia Pinero in West Side Story

At This Performance:
Jordan Dobson & Mia Pinero in West Side Story 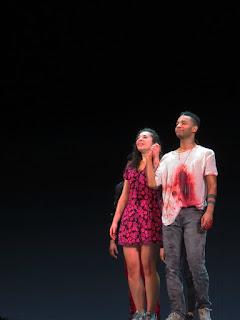 The last time I was in a Broadway theater, literally, was January 26, 2020. Ironically, it was the Broadway Theatre, and it was a show I was so excited to see. Sure there was a lot of controversy - casting, the cuts, the absence of Jerome Robbins' iconic choreography - but I was looking forward to something fresh for one of my all-time favorite musicals. Even with all that, I was optimistic. Then I went to the box office, where I saw the cast board. There it was: "At This Performance the role of Tony will be played by Jordan Dobson." Then below that: "The role of Maria will be played by Mia Pinero." Well, it was disappointing not to get to see Isaac and Shereen, but I was still excited to see a new West Side Story. One of the benefits of years of theater-going is knowing that the old adage, "today's unknown actor is tomorrow's marquee name" is, by and large, very true. Thankfully, in this case, it was very true.
Both of these performances were flawless, not even the smallest hint that they were understudies. Mr. Dobson found the balance between Tony's loyal bravado and desire to grow up. And his voice! A "Something's Coming" full of hope and optimism; a "Maria" that makes you ache with joy. Then there was Miss Pinero, who came on like gangbusters (no pun intended) with a strength and spunkiness that was intoxicating. No shy violet here; this Maria knows what she wants and will do what she has to to get it. Separately, they were wonderful. Together, they were superb. Their palpable chemistry made the tragedy of the story that much more so. A fresh take on a classic paired with a fresh take on two familiar characters made this one exciting revival. 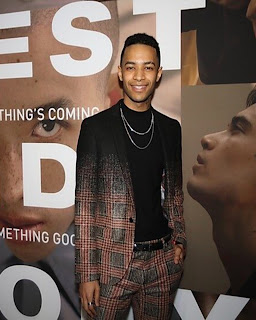 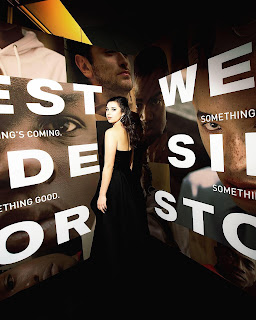 Hindsight, they say, is 20/20. Given the events that followed that final trip to New York, I'm grateful that this challenging production was my last. I think of it often, and hope to see it again. I wonder if it'll be as good without that beautiful pair in the leading roles. No matter. I can't wait to see their names on more Broadway cast boards for years to come.
#2510
Posted by JK at 7:00 AM

Labels: At This Performance, West Side Story