One That Got Away: Shuffle Along... 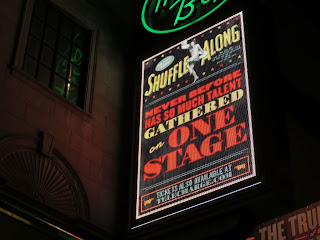 One That Got Away:
Shuffle Along
(2016)
This month's One That Got Away didn't have to get away at all. You see, we went to the city specifically to see Shuffle Along, or the Making of the  Musical Sensation of 1921 and All That Followed TWICE! While I'm happy for what we saw in place of it each time (that's for another time), every once in a while I think about it and kick myself for not seeing it anyway. Why didn't we see it? Well, both times we had tickets, Audra McDonald was out of the show. I certainly don't begrudge a pregnant woman days off when she's not feeling 100%, but she was the primary draw for us. 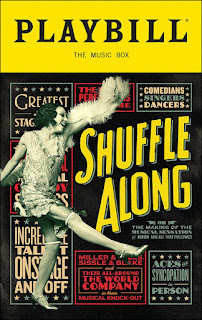 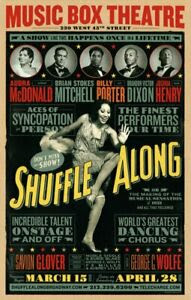 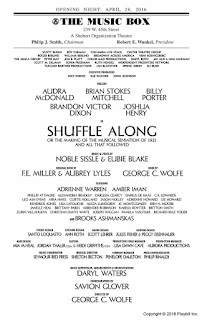 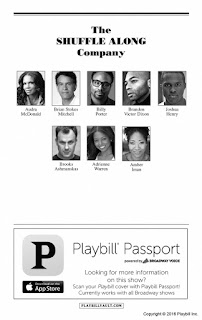 But when I really think it out, it was silly to miss it the second time. There were several more reasons I should have seen it. First, it was a Tony nominee for Best Musical that season, and we try to see all of those. Second, two masters of the craft were putting it together, director George C. Wolfe and choreographer Savion Glover. And I love shows that demand the attention of the audience, something both artists always do. Third, as a lover of Broadway history, this was a no-brainer. This was an important show. 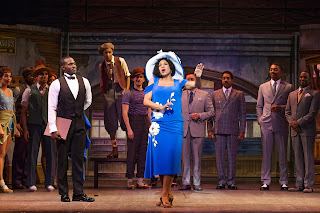 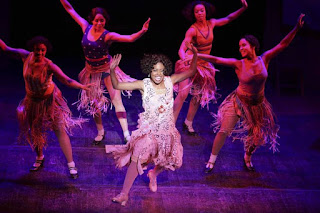 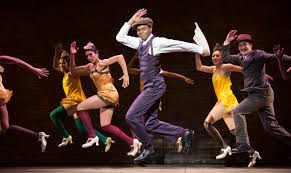 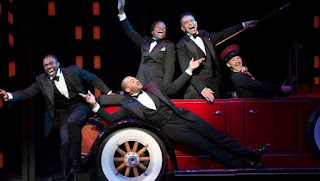 Mostly, though, the rest of the cast, even without Ms. McDonald was full of many of my absolutely favorite actors - Brian Stokes Mitchell, Joshua Henry, Brandon Victor Dixon, Billy Porter and Adrienne Warren - not to mention an ensemble filled with triple threats. I'm sure the understudy was wonderful, too.
Shuffle Along played 38 previews and 100 performances at the Music Box. It was nominated for 7 Drama Desk Awards, winning 4, including Outstanding Musical. The Tony Awards committee nominated the show for 10 awards, including Best Musical, and for both Wolfe and Glover. Ms. Warren and Mr. Dixon were nominated in the Supporting Actress/Supporting Actor categories.
#2509
Posted by JK at 7:00 AM

Labels: Audra McDonald, One That Got Away, Shuffle Along