Another week down!  This week is all about the boys... enjoy!

ANYONE CAN WHISTLE GETTING READY TO BLOW 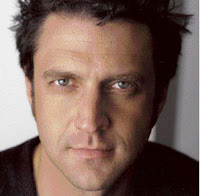 The stars are lining up to join the limited run revival of Anyone Can Whistle.  Joining Tony-winners Donna Murphy and Sutton Foster are Tony nominees Raul Esparza (himself a reason to see this) and Jeff Blumenkrantz, plus the always enjoyable Edward Hibbert and John Ellison Conlee.  With multiple Tony-nominee Casey Nicholaw directing this pretty amazing cast, could it be that they are thinking this could be the next show to move to Broadway like Finian's Rainbow?  Since Whistle now stands as the only Sondheim show not revived on Broadway, it just may be.  Keep your fingers crossed!

The failure of Young Frankenstein apparently wasn't enough to put Mel Brooks off from trying again.  Reports have surfaced that he is hard at work on Blazing Saddles: The New Mel Brooks Musical. Ick.  With The Producers ranking as one of Broadway's biggest over-hyped, over-praised musicals ever, I guess Brooks thinks he's still the King of Broadway.  Why else would his name have to be in the title?  I wonder how the fart scene will play to the matinee ladies?  Maybe they can borrow the fart sounds used in Shrek. 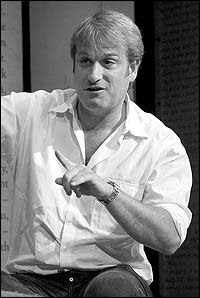 The forthcoming national tour of 9 to 5: The Musical is getting a new head honcho, though I doubt the old boss, Joe Mantello was an egotistcal, sexist bastard (I hear he's a decent guy).  But a new (and rumored to be equally nice) guy is coming in to spruce up the office before it hits the road: Jeff Calhoun, maybe best known for the 1994 revival of Grease!, and later staging such shows as Deaf West's Big River, and most recently, Grey Gardens.  A protege of the great Tommy Tune, he worked with the tall Texan on Grease!,  The Will Rogers Follies, The Best Little Whorehouse Goes Public, and they were both in My One and Only together back in the 80's.  And how charming that in the the announcement, Calhoun professes his awe of Dolly Parton, having danced in the film version of The Best Little Whorehouse in Texas.  Sounds like a match made in heaven to me.

Has this little blog finally arrived?  My review of Yank! has an official link on the Yank! Website... pretty cool!  That show is so far extended through April 4.  Don't miss it!

And the second milestone is revealed below!

BROADWAY BY NUMBERS
6: Divas in Red at The Stephen Sondheim Philharmonic Birthday Celebration.  Plus several other divas, not in red!
200: The number of blogs written for JK's TheatreScene (as of 03/17/2010)!  Thank you for your support!

Comments?  Leave one here or email me at jkstheatrescene@yahoo.com
Jeff
Posted by JK at 12:01 PM

Labels: 9 to 5: The Musical, Anyone Can Whistle, Content of Blog, Mel Brooks, Yank