OUT: The Broadway issue 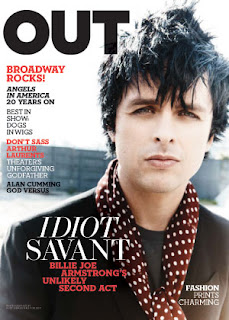 The April 2010 issue of Out magazine is pretty much what you'd typically expect from a magazine geared toward the gay community - lots of trendy ads for clothes, scents, "family friendly" vacation destinations, health and fitness, and sprinkled in, articles that run the gamut from political essay to celebrity interview to social trends and the arts.  But this month's issue is different in one key way for this blogger: almost all of the articles have to do with Broadway, with a little something for every gay/straight and theatre-loving reader.  You don't have to be queer to appreciate this issue; you have to be a fan of Broadway.

Oh, it isn't the perfect issue.  There is the typical, bitchy essay (page 62) on how Broadway isn't what it used to be - get this - it has become too commercial (really?), with producers more interested in the merchandizing possiblities beyone the stage production than they are the quality of the production.  Ok, maybe in "the good old days" there was less pressure to recoup.  But have things really changed?  There are just as many hits and just as many flops as ever - we just know the gorey details more readily via the Internet.  Does anyone who produced theatre really EXPECT a return on their investment?  Or is it more that they want to be a part of a project that they love with big ticket prestege?  Making money is nice, but more in the "cool!  I didn't expect it kind of way."

But the highlights far outweight these two little piffles.  Your $5.99 gets you some really good stuff: 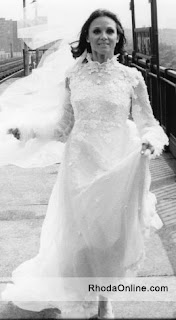 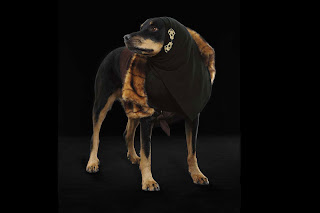 Zora Jackson (Cheyenne's pup) as Little Edie in Grey Gardens
About as gay as everything that Broadway is anyway, I think theater fans in general will appreciate this issue.  Sure it has a gay slant, but it is well-written, thought provoking and a little more "real" than the Playbill you'll get at a show.