Best of the Decade: The Best Musicals, Part II

I have narrowed down a full decade of Broadway musical attendance to the fifteen best times I've had in the theatre since the 2000-2001 season.  It was difficult, and I am sure my choices vary quite a bit from most people's.  But isn't that one of the greatest things about attending live theatre?  The immediate response, the later response, the sharing of those responses with other lovers of the art form.

The first part of this series, numbers 15 - 11, can be found by clicking here.  (All of my Best of the Decade blogs will soon be available by clicking "21st Century Broadway: The First Decade" above.)

In looking at these five (10 - 6) musicals, one thing occurred to me that all of these musicals touched an emotional cord in me.  Some are just funny and make me feel good, others touch more personal space.  Some made me laugh, some made me cry, but all of them made me feel.  Alive.  You can't beat that, can you? 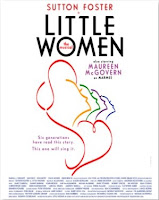 Stats: Opened: January 23, 2005.  Closed: May 22, 2005.  137 performances at the Virginia Theatre.  1 Tony nomination.  Written by Jason Howland and Mindi Dickstein.
Why Top Ten:  Well, how can a show be in the tops of my Best Flops and Best Guilty Pleasures lists and not make this list, too?  Still, it is the emotional pull of the show, the great cast and the amazing score. I love shows that really fire you up at the start of each act, and with a mini-musical starting each one here - "An Operatic Tragedy" starts Act One; "The Weekly Volcano Press" starts Act Two - it is doubly exciting.  There are of course the power numbers for the star (Tony nominee Sutton Foster), including the bombastic "Astonishing," and the sad songs, including the song that I cry at every time I hear it, "Some Things Are Meant to Be."  But, much like the book (which I finally read after seeing the show), it is the power and camaraderie of the sisters that really make the show sing.  "Five Forever," "Our Finest Dreams," and "I'd Be Delighted" are standouts.  The truth is there isn't a song in the show I don't like. 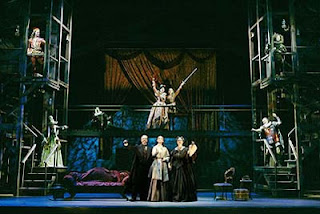 The Cast in "The Weekly Volcano Press" 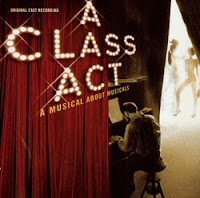 Stats: Opened: March 11, 2001. Closed: June 10, 2001.  105 performances at the Ambassador Theatre.  5 Tony nominations.
Why Top Ten:  In what could have been little more than a musical revue, this show used the trunk songs of Edward Kleban previously best known as the lyricist of A Chorus Line to fashion an entertaining and ultimately touching universal story about the artistry of making a musical, set against the backdrop of a troubled artist's real life.  This show goes emotionally where [title of show] didn't dare.  As serious, as quirky, and roller coaster a show as the subject of it, the staging by book writer and star Lonny Price, was seamless, and really moved.  The montage sequences were superb.  But the artistry of Kleban is what really shone through.  These were his trunk songs, and they are superior to many a more popular score.  The songs are far ranging, but never feel shoe-horned in:  the sexy and funny "Mona" ("you are now entering...Mona" cracks me up every single time!), the vividness and simplicity of "Paris Through the Window," and the really cool vamp "After Chorus Line" - the success that lead to his personal failure - in "Light On My Feet."  But the best song is "Under Separate Cover," a poem, a character piece, a catchy song, and an individual piece of art all by itself.  The show had a great cast, including Randy Graff, Sara Ramirez and Nancy Anderson.  Perhaps the best thing is that, along with this eulogy of a musical, Edward Kleban's legacy lives on in the annual award to aspiring theatre writers in his name. 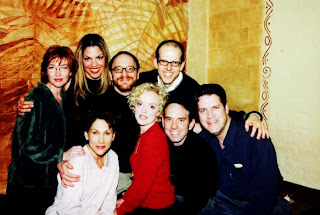 The Company of A Class Act

Stats: Opened: October 18, 2001.  Still running.  As of July 11, 2010, 3,616 performances at the Winter Garden Theatre.  5 Tony nominations.
Why Top Ten:  Critically reviled, this crowd-pleaser pleases me.  I'm not married, don't have a daughter, don't even keep a diary (unless you count this), but for some reason I really relate to this show.  I am certainly not alone - it is an international hit, in many languages, and soon to be Chinese.  Maybe it is the universal bond between parent and child, maybe it is the constant and varied expression of love throughout the whole show.  It could be the scantily clad cast ("Voulez Vouz" remains the hottest 5 minutes on Broadway), it is probably the ABBA score.  It might even be the book, admittedly thin with substance, but it tells a lot of story that could be confusing in a succinct, clever and smarter-than-it-is given-credit-for way.  It isn't Sondheim, but does everything have to be?  Your $136 is well spent in entertainment value alone.  Singing along is encouraged and I dare you not to have fun at the curtain call.  The original cast is still the best I've seen - Louise Pitre, Karen Mason and Judy Kaye were sublime perfection.  But 5 or six casts and over a dozen viewings later, Mia! remains my go-to feel good show. 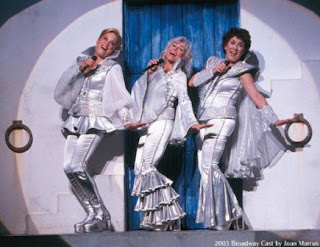 Stats:  Opened: April 29, 2007.  Closed: October 19, 2008.  595 performances at the Palace Theatre.  7 Tony nominations.  Televised by MTV.
Why Top Ten:  I still can't figure out why the critics had a stick up their collective ass on this one, that season's The Addams Family.  The only new musical of the season not invited to Tony Awards - though 3 touring shows were (?) - the show got sweet vindication when more people saw it in its entirety, not for just 4 minutes, on MTV, than saw every show then running or since put together.  And the critics seemed to get the joke in London, where the show is a big fat hit.  But it was the smart, and better than the movie book by Heather Hach, and the terrifically musicalized moments, not just songs added to the movie script, by Laurence O'Keefe and Nell Benjamin that really made this show special.  That, and a great cast led by Laura Bell Bundy, Michael Rupert, Richard H. Blake, Christian Borle, Kate Shindle, Orfeh and Nikki Snelson.  Director-choreographer Jerry Mitchell really made the show move.  It felt like constant dancing and it flowed like a movie.  And "Oh My God You Guys" may just be the most spot-on opening number representing its time period since Hair's "Aquarius." 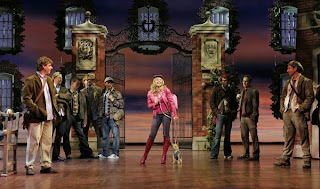 "The Harvard Variations" in Legally Blonde: The Musical

Stats: Opened: July 31, 2003.  Closed: September 13, 2009.  (Still running off-Broadway).  2534 performances at the John Golden Theatre.  6 Tony nominations, 3 wins, including Best Musical, Best Book by Jeff Whitty and Best Score by Robert Lopez and Jeff Marx.
Why Top Ten:  Maybe it is the fact that I expected little from "adult Sesame Street" other than a few laughs.  But I know for sure it was the shock I felt at the end of Act One (and more at Act Two) that I was actually moved by and relating to puppets that looked and sounded like my two childhood friends Bert and Ernie (at 4 and 5, I had no idea that I'd relate to those roommates like I do now, either).  I never expected to laugh til I cried at puppets having sex, or that I'd be a bawling mess during Rod's fantasy sequence and his subsequent heartbreak.  Been there done that.  Sure Trekkie Monster is a funny perv of a guy (double-click and grab your...true even if you won't admit it, guys), but who knew I could be so touched by a peach-fuzzy nice girl like Kate Monster, or really see myself as Princeton with a side of Rod, and the sloppiness of Nickie.  I'm thinking it is all that relate-ability and a damned funny and almost irritatingly catchy score - the "Avenue Q Theme" is my ring tone to this day - that makes this show more timeless, fulfilling and yes, entertaining than just about every other show.  It is my favorite "secret" - a show that most of my friends automatically dismiss as silly or stupid without seeing it, no matter how much I protest and beg in its favor.  Oh well, their loss for sure. 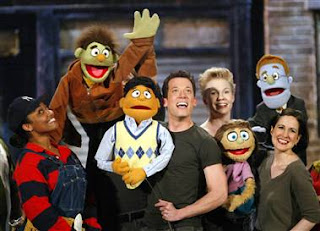 Comments?  Leave one here or email me at jkstheatrescenr@yahoo.com.
Jeff
Posted by JK at 12:01 PM