Best of the Decade: The Best Musicals #5

Since we are now talking the 5 BEST musicals of a whole decade, I figure each of them deserves their own blog.  And so that brings me to my 5th most favorite new musical that opened between the 2000-2001 and 2009-2010 seasons. 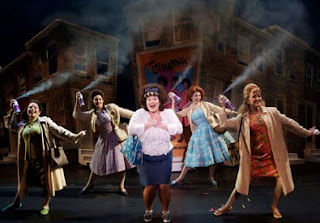 "The Nicest Kids in Town":
The Original Broadway Cast
Over the years**, there were:

** - NOT including return engagements, understudies, swings or stand-bys. 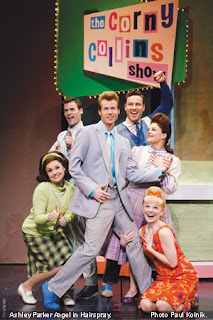 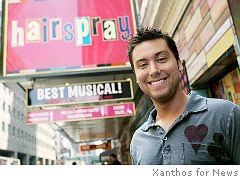 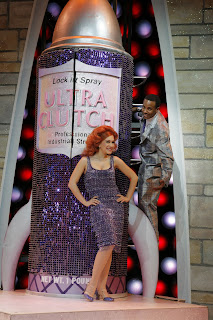 Diana DeGarmo and Tevin Campbell
as Penny and Seaweed
The original cast included the following actors who have gone on to some acclaim since their stint in Hairspray: Eric Anthony, Shoshana Bean, Adam Fleming, Jennifer Gambatese, John Hill, and Jackie Hoffman. 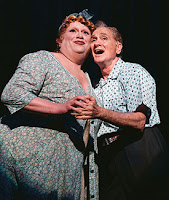 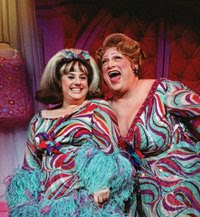 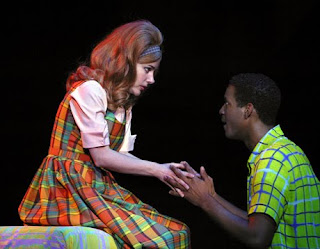 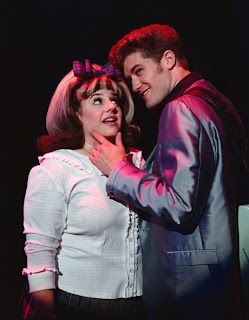 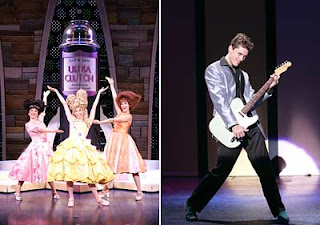 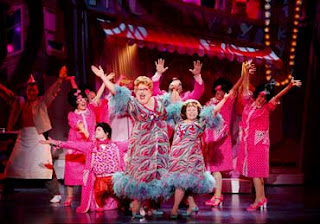 The Replacements: Aaron Tveit (top, right) as Link,
Bruce Vilanch (below, center) as Edna and Kathy Brier as Tracy
Why this show is one of my favorites:  It is funny, clever, theatrical and the perfect mix of old-fashioned and modern.  The presentation and lavish production values scream old school, but the subversive point of view and edgy humor made it a modern wonder.  And it is a show with a message; it doesn't hit you over the head with it, but rather revels in presenting all sides and still making you see what is right.  You'd have to be cold as a stone not to feel something after the anthem "I Know Where I've Been," and even colder not to find the odd-ball family that the Turnblads are still charming and utterly identifiable. 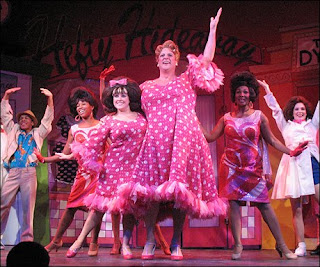 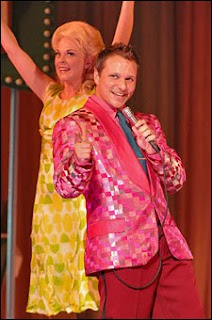 Drew Lachey as Corny Collins
Life After Broadway:  And ever since it closed, there have been high profile tours and resident productions.  The most recent include one with Christopher Sieber as Edna, and one with Drew Lachey as Corny Collins.  The show was a huge hit in London, winning its Best Musical prize.  And of course, there was the hit film, starring John Travolta, Christopher Walken, Nikki Blonsky, Queen Latifah, Michelle Pfeiffer and some kid named Zak Efron.

Artwork for the movie version
Comments?  Leave one here or email me at jkstheatrescene.  Or send me a question at http://www.formspring.me/ and look me up as "jkstheatrescene" or "Jeff Kyler."  Go ahead!  Follow me!
Jeff
Posted by JK at 12:01 PM

Labels: Best of the Decade, Hairspray