This year, the Tony Awards will honor 2 former Tony winners and the union that represents them. 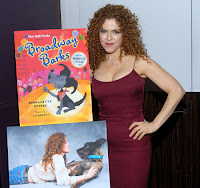 The Isabelle Stevenson Award will be given to 2-time Tony-winner Bernadette Peters.  The legendary actress will not be receiving this award for a performance, but for years of dedication to creating and promoting  Broadway Barks.  Her charity, co-founded with Mary Tyler Moore, raises money and awareness for finding homes for pets (mostly cats and dogs) left at New York's animal shelters.  Instead of putting these cuties down, happy families all over the city are now happier because of their new found pets.  Since its inception, Broadway Barks! has held an annual event in Shubert Alley joining the animal rescue and the Broadway communities, and Ms. Peters has written two children's books (Broadway Barks! and Stella is a Star) whose proceeds go to this worthy cause.  The award is given to an "individual from the theatre community who has made a substantial contribution of volunteered time and effort on behalf of one or more humanitarian, social service or charitable organizations, regardless of whether such organizations relate to the theatre." 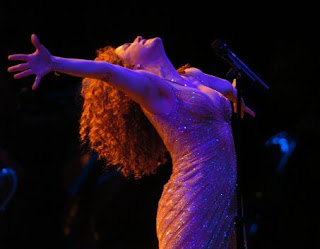 Ms. Peters has worked tirelessly for a variety of theatre-related charities including Broadway Cares/Equity Fights AIDS and the Actors Fund of America.  She has lent her name and clout to a variety of causes.  Her stage career is a part of Broadway legend, starting with her debut in the 1959 revival of The Most Happy Fella, through ground-breaking performances in Sunday in the Park with George, Mack and Mabel and Tony-winning turns in Song and Dance and Annie Get Your Gun, and most recently, starring in revivals of Gypsy, A Little Night Music and Follies. 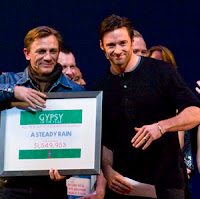 This year's Special Tony Awards will be given to Tony-winner Hugh Jackman (The Boy from Oz), not for his SRO one-man show Hugh Jackman: Back on Broadway, but for his consistent presence in the theatre community, be it on stage (A Steady Rain), as a three time host of the Tony Awards, or as a one-man fundraising machine.  Each time he has appeared on Broadway, he has single-handedly raised millions for Broadway Cares/Equity Fights AIDS, literally selling the shirt off his back for charity.  When he is on Broadway, there are three things you can count on: he never misses a performance, he gives 100% in each show, and that he will do whatever it takes to raise impressive amounts of money on behalf of those who can't. 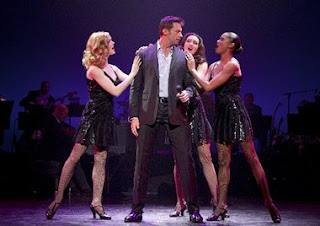 The other Special Tony Award will be given to the Actors Equity Association on the occasion this month of the start of its 100th year in service to the professional actors and stage managers across the country.  This is third time this organization has been so honored.  In 1948 (when it was known as The Experimental Theatre, Inc.) and 1974, AEA was given Special Tony Honors.

Congratulations to all of the special honorees!  The Tony Awards are this Sunday, June 10th!