Like last year, I'll be blogging live throughout the evening.  I'll be starting around 6PM, with the Red Carpet Arrivals, and ending around 11PM after they announce Best Musical.  I am most looking forward to the production numbers and play scenes, Neil Patrick Harris, and to see how I did at picking the winners!


SCROLL DOWN to see the older entries; the NEWEST stuff is on TOP!
Please come back throughout the evening, and add your thoughts to the "comments" section below.


Tony Tally: Once - 8, Peter and the Starcatcher - 5, Death of a Salesman, Newsies, Nice Work If You Can Get It, Porgy and Bess - 2, Clybourne Park, Follies, One Man, Two Guvnors, Other Desert Cities, Venus in Fur - 1

Isn't it nice when art triumphs commercialism in musical theatre.  Bravo, Once.

Awesome speech, Audra!  Your tribute to your daughter makes me respect you in ways I never even considered.  Thank you.

How completely gracious.  And shocking.  And great.

I've never been so glad to be wrong!  Way to go, Steve Kazee.  I am bawling!


MUSICAL PRODUCTION NUMBER: Godspell "Day By Day"/"You Are the Light of the World" Sorry, Ken.  Corbin and company sounded out of tune, and what they did just wasn't exciting enough.


BEST REVIVAL OF A MUSICAL NOMINEE: Evita "The Money Kept Rolling In" Another great choice, showing off Rick Martin is wise, and Elena looks perfect.  It also highlights just how great the musical staging is...


PLAY SEGMENT: Clybourne Park, Other Desert Cities, Peter and the Starcatcher, Venus in Fur I'm sure this will divide theatre lovers, but I thought it looked great on TV, and made all four look good.


BEST MUSICAL NOMINEE: Once "Gold"  Great choice, gives a taste of how thew show will be.  The rare instance (and the only one so far tonight) of a truly theatrical show coming across on television.  And so artfully filmed...


BEST REVIVAL OF A MUSICAL: The Gershwins' Porgy and Bess "Summertime"/"I Got Plenty o' Nothing"/"It Ain't Necessarily So"/"I Love You Porgy/Bess You Are My Woman"  A nice tribute to the piece that makes the cast of nominees look their best!


PLAY SEGMENT:  Including Peter and the Starcatcher, One Man, Two Guvnors, End of the Rainbow  High energy, all three come out looking great.  Will Middle America realize Judy Garland wasn't a drag queen?


BEST MUSICAL NOMINEE: Nice Work If You Can Get It "Someone To Watch Over Me"/"Sweet and Lowdown" - They included the best moment in the whole show...love the gun... and the most "challenging" dance number in the show...LOL


Spider-Man joke is funny, obvious and hilarious with Angela playing up the joke in the boring speech of the night!  Cool all the way around... And Angela looks AMAZING!


BEST REVIVAL OF A MUSICAL: Jesus Christ Superstar "Superstar" Unimpressive in every way.  As flat as the whole production.  Boring costumes, boring choreography.  Josh Young good, but worth $150 a ticket. No.  At least now I know what Jesus was mumbling on that cherry picker... zzzz


MUSICAL NUMBER: Ghost: The Musical "Unchained Melody/"I Had A Life" Necessary to include "Melody" and what a great showcase of the talent of the three leads.  Nice job!


BEST REVIVAL OF MUSICAL NOMINEE: Follies "Buddy's Blues" Danny Burstein is so great.  Even nuanced in this fantasy number...  out of contest, not too bad, but ... well it is closed.  I'd have gone with a Jan Maxwell number.


Best Featured Actress in a Play: Judith Light, Other Desert Cities Genuine shock and an adrenaline rush?  YOU GO, JUDITH!


Seems the coverage has stopped.  If so, I'm thankful.  Out of the whole thing, maybe three good questions, about a dozen embarrassing/inappropriate ones, and no one at NY1 has taught the on-air "talent" how to use a microphone during an interview.  Two years in a row, crappy coverage and the stars that rose above it all! 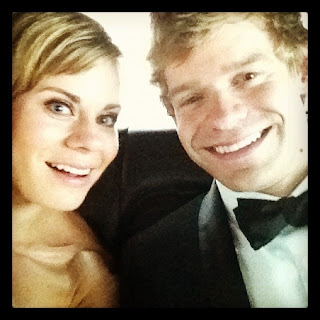 See what I mean?  They aren't even my kids, and I'm bursting with pride! 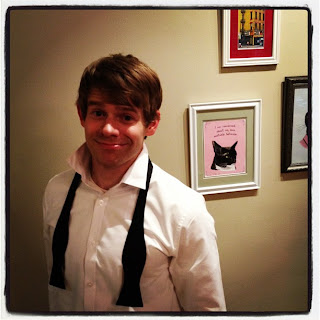 Speaking of sexy (and awfully nice)... Andrew Keenan-Bolger!  Can you imagine how proud the parents must be?  Celia and Andrew in one family... WOW! 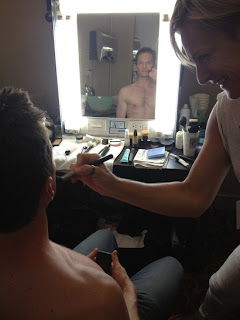 
At the risk of sounding sexist, I think it is cute/funny, that guys getting ready for the Tonys are Tweeting pictures of them holding up tux bags, while the ladies are Tweeting bags and racks of stuff and all out beauty salon-like situations!  #YetanotherreasontobegladI'maguy 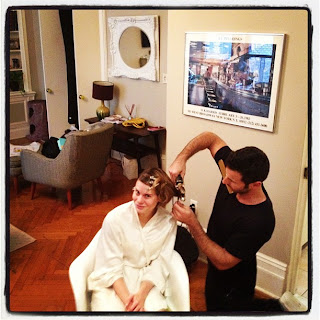 Tony-nominee Celia Keenan-Bolger is putting the "star" in "Starstuff"! 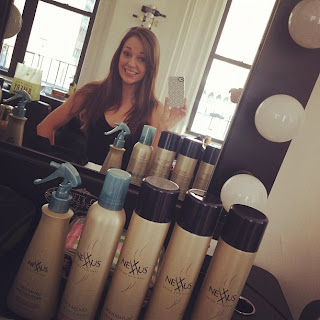 Bonnie and Clyde star Laura Osnes is getting her Nexus on... 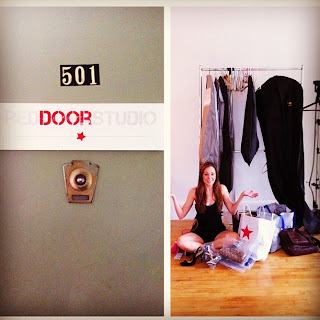 ...and here's the Tony nominee getting ready... so many choices! 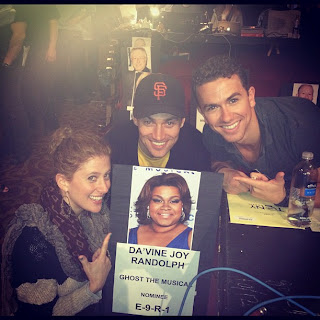 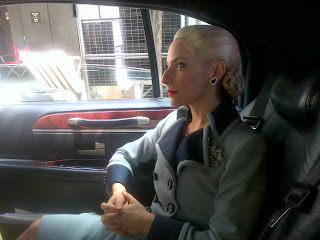 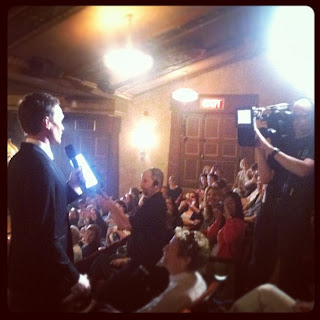 The cast of Godspell actually rehearsing!: 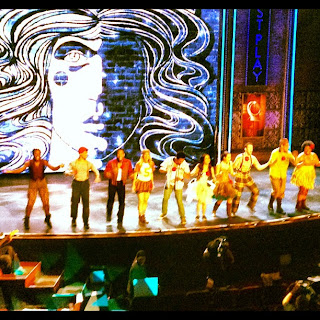 
Here are a few pics Tweeted by the casts of shows rehearsing for tonight's awards presentation.  What I think they show (aside from a lot of fun) is that tonight is not really about competition and winners/losers.  It is about a professional community that has love and respect for each other.  A perfect way to start Tony Day! 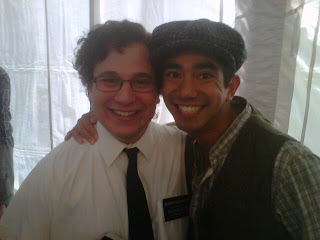 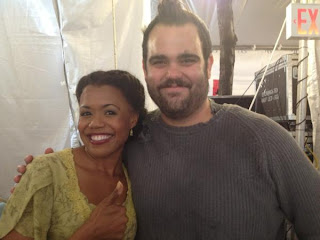 And my absolute favorite!  Disney's Newsies face off against the Elders of The Book of Mormon!  Finally, all those "West Side Story is too gay" rumors to rest! 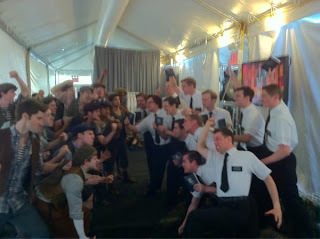