Move over, Spider-Man: Turn Off the Dark.  You are no longer Broadway's national joke. 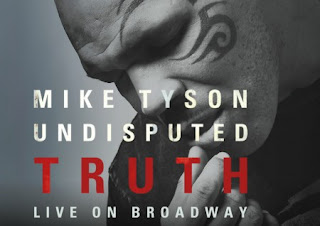 Call me a theatre snob if you like, but surely there must be some sort of limit as to what passes for entertainment on or off Broadway.  Surely Mike Tyson: Undisputed Truth must now be the benchmark for the lowest end of that scale.

His life story reads like an O'Neill (or Miller or Williams) character summary.  But that alone does not drama or theatre make.  At a recent press conference announcing the venture, Tyson and director Spike Lee (I'll admit he adds an air of legitimacy to this otherwise dubious enterprise) couldn't even agree on just how far the "undisputed truth" will go.  Tyson insists on "complete honesty," but when Lee suggested he might even cry, Tyson resisted.  "I guess it depends on who is crying."  So much for "undisputed truth."

The press notes have the gall to compare this to one-man shows by Kathy Griffin (comedienne/actress), William Shatner (award-winning actor) and Hugh Jackman (Tony-winner, actor/singer/dancer).  Really?  Don't get me wrong.  Sports figures - he is a world champion boxer/ear eater/alleged rapist/domestic abuser/drug addict - can provide entertainment and drama on stage - witness Lombardi and Magic/Bird.  One has to wonder, though, how telling his story - as far as he'll go with it, or be able to go with it legally in some of the more interesting areas - all by himself will be all that interesting to anyone but his boxing and The Hangover fans.  Were I to attend, I would want to hear it all, including why I  needed to spend $99 (the cheapest seats) to hear about his life as a "prostitute hunter." 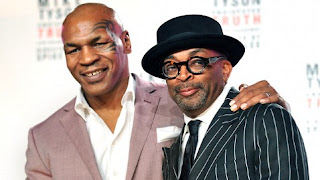 Even giving him the benefit of the doubt that what he'll provide is a cautionary tale of a man at the height of his abilities spiraling out of control with drug abuse and sex, one hopes Mr. Lee can shape it.  It is written by Tyson and his wife, in an effort to "keep things moving in a positive direction."  I applaud that.  Why not make money off it while you are at it? (I am picturing Jonathan Pryce humping a Cadillac to the tune of "The American Dream" from Miss Saigon.)  Chicago has never rung more true than now.  Razzle Dazzle.  Whoop-ee.

6 shows.  Just 6.  But what they represent is much bigger and demeaning.  Someone call  Nadya Suleman.  I'd like to produce her one-woman show, Octomom on Broadway.  Or the Kardashians.  Nah, they'd demand more than a week.

Good luck to all involved.  I wish no one failure.  But this is the one and only blog about this subject that I will post.  OK, I'll report the grosses if he sheds even one honest tear.  But that is it.  Call that my undisputed truth.