DON'T FORGET TO VOTE FOR THE NEXT TWO BROADWAY BOYS
TO MAKE THE "HOT/HOTTER" ELITE 8!
PLUS! THERE'S A NEW MONTHLY BROADWAY POLL!
BOTH ARE TO YOUR LEFT!

UPDATE: This article has been modified since its original posting. The modification is underlined below.

One of the nominees for this year's JKTS Awards in the Social Media category was #SIP and a few of you wrote to ask what the heck that is!  Well, it is a Twitter hash tag that means "Saturday Intermission Pics."  It is added to the end of any Tweets sent by cast members of shows on Broadway, off-Broadway and on tour who send attached pictures of they are doing during the Saturday intermissions of their shows.

Not too surprisingly, this was the brainchild of one Andrew Keenan-Bolger (Mr. April 20112, Crutchie in Disney's Newsies), Broadway's resident social media guru, Max von Essen (Mr. July 2012, Magaldi in Evita) and a mutual friend, Darryl, while all three were appearing in shows on the road about three years ago.  Now that both von Essen and Keenan-Bolger are back on Broadway at the same time, they decided to start it back up again.  It spread like wild fire, and now Broadway fans who follow them and others in the community (or you can follow me, @jkstheatrescene), and look up #SIP on Twitter, can see these pictures twice a day each weekend.  I know I look forward to them!

As you'll see from some of the samples I've included, these people have as much fun off stage as they do on. I think it is cool to see backstage - dressing rooms, behind the curtain, and in other areas of the theatre audiences don't get to go.  I also appreciate the feeling of fun and camaraderie between the cast members.  Broadway really is like family.  And with that, not all of the #SIPs are funny.  Some are tributes to departing company members, and, entire shows that are closing.

The following are pictures from the past few weeks, including this afternoon.  Enjoy:


ANDREW KEENAN-BOLGER AND
THE CAST OF DISNEY'S NEWSIES 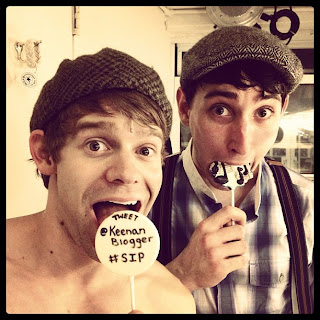 The Newsies, uh, give themselves a hand?

BACKSTAGE ANTICS ALL OVER
AMERICA'S STAGES

A LITTLE BACKSTAGE BEEFCAKE
(OF COURSE!)

EVITA'S MAX VON ESSEN IS A ONE-MAN
CUT UP BACKSTAGE 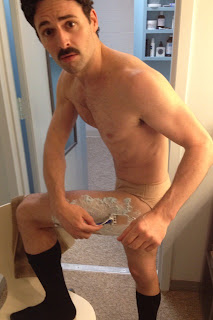 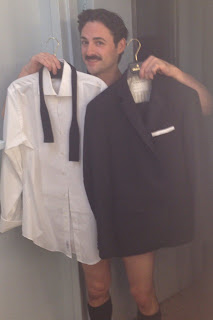 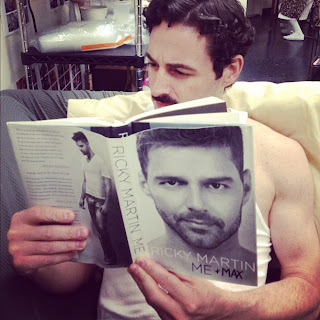 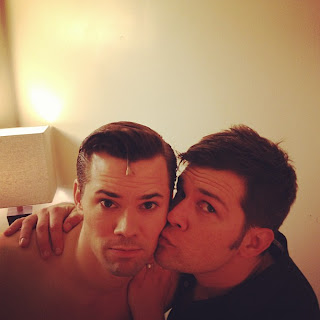 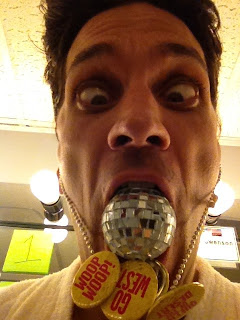 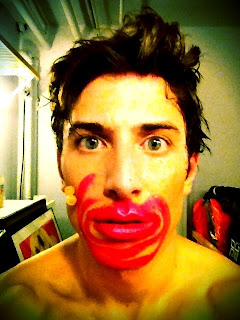 Even on its last day, Priscilla was all glitter, tons of make up, and a ton of heart!
Come back soon, Will and Nick! 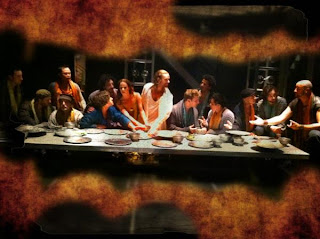 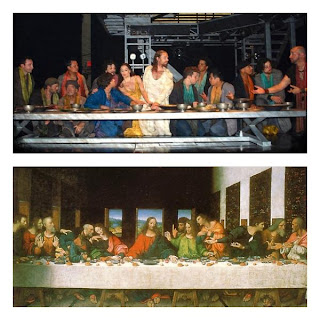