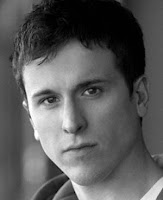 Well, I'm late to this party, I know, but when I was looking over things about War Horse when it announced it would close on January 6, 2013, I came across this really good-looking guy.  His name is Stephen James Anthony, and he made his debut in the show way back when it opened.  The rest is history - the show went on to win the Tony for Best Play, and Mr. Anthony went from being a puppeteer (Joey as a colt) to taking on the supporting role of Billy Narracott.

Something tells me this Face of the Future will be back on the boards in no time!

Jeff
4.011
Comments? Questions? @jkstheatrescene (Twitter); jkstheatrescene@yahoo.com (Email); or leave a comment below and check a box!
Posted by JK at 12:00 PM