The release this week of Jekyll and Hyde: The 2012 Concept Recording represents the 6th English language version (7th if you include the Australian promotional CD made for a production that never happened) and 4th concept recording.  While there are a few songs from the many versions of the score that I enjoy, I have to say up front that this score and show ranks only above Wonderland of all the Frank Wildhorn shows to make it to Broadway.  In general, I find the music to range from terrific and exciting to overwrought and repetitive, while the lyrics (by Leslie Bricusse, with additional lyrics by Steve Cudden) are uniformly trite, simplistic and sometimes laughably rhymed in obvious couplets. (For example, there are exactly three words with more than two syllables in "Someone Like You" - "yesterday," "tomorrow," and "suddenly." And the song contains no new revelations on the time worn metaphor of love as flying, as well as multitudes of identifiers you, me, I, all of which are repeated, along with simplistic time, good and evil imagery that pervades every song.)  Again, there are no revelatory or even original ways of exploring these themes, just repetition and simplicity.  To call the majority of the lyrics banal is generous.  All things considered, the score is superior to the lyrics.

One has to wonder why this score of one of Broadway's longest running flops keeps getting revisited, let alone getting so many recordings.  This current concept recording mainly serves to justify the casting of the upcoming tour and Broadway revival, while the "concept," an updating of the key solos and duets, seems limited mostly to enhanced percussion, synthesized instrumentation and a little bit of electric guitar.  Think "edgy Josh Groban." 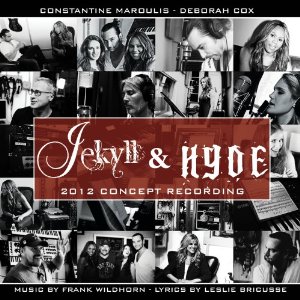 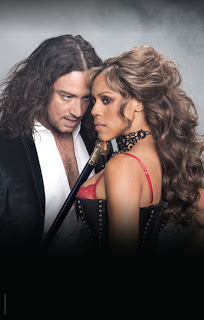 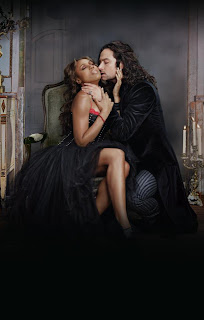 
Ultimately, this excellently produced cast recording (Broadway Records is now 5 for 5 quality-wise) serves its purpose.  I am far from a Jekyll and Hyde: The Musical fan, and yet, this concept recording has actually made me interested in seeing the forthcoming revival.  I'll never be a Jekkie, but now I have something unexpected to look forward to this spring.

Jeff
4.029
Comments? Questions? @jkstheatrescene (Twitter); jkstheatrescene@yahoo.com (Email); or leave a comment below and check a box!
Posted by JK at 12:01 PM