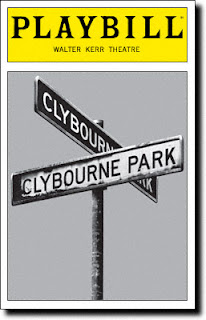 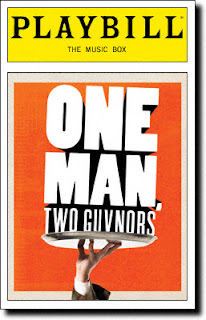 Week 14 of the 2012-2013 season saw the closing of the most popular play this season and the Tony winner for Best Play.  The Best Play, Clybourne Park, saw a slight uptick in its final week of performances, while One Man, Two Guvnors went out with a bang, setting a House Record at the Music Box Theatre.  Speaking of setting records, for the 40th time, The Book of Mormon set a House Record at the Eugene O'Neill, continuing its march toward the $200 average ticket price.  Overall, the box office was slightly up, though more significantly, only 5 shows dropped at the box office, money wise.  Not a bad way to end the summer.  Finally, Nice Work If You Can Get It made a stunning rebound, what with the return of Matthew Broderick to the show, up 9 spots on the chart.  Though not a total surprise, considering its big improvements both at the box office and attendance over the past two weeks, War Horse announced its closing on January 6.

SRO Shows: The Book of Mormon, Newsies, The Lion King

4.008
Comments? Questions? @jkstheatrescene (Twitter); jkstheatrescene@yahoo.com (Email); or leave a comment below and check a box!
Posted by JK at 12:00 PM