CD REVIEW: Michael Cerveris and Loose Cattle Live at 54 Below: North of Houston 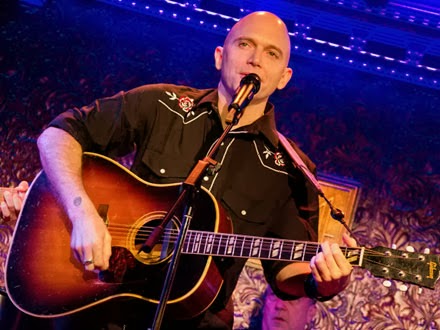 Those of you looking for another "Broadway-star-does-solo-act-of standards-and-Broadway-hits" CD will need to look elsewhere than the latest in the Live at 54 Below series.  Featuring one of my favorite Broadway talents of 2013 and his band, it isn't really all that surprising that he'd come up with something so different.  After all, Michael Cerveris has never been one to get pigeon-holed in his eclectic 20 + year career.  With his band, Loose Cattle, he has, instead, delivered a honky-tonk set with a slightly urban edge.  His only nod to his "other" career is an album-ending country-western version of, get ready for it... "Pinball Wizard" from The Who's Tommy.  I feel obligated to say that I really don't care for the country-western sound, so this album is really a tough sell for me.  That said, there is still much to be very positive about, and my grade more reflects my personal taste than the quality of the recording.  Fans of Cerveris, no matter what he does, will definitely want to have North of Houston in their collection, as will fans of this style of music. 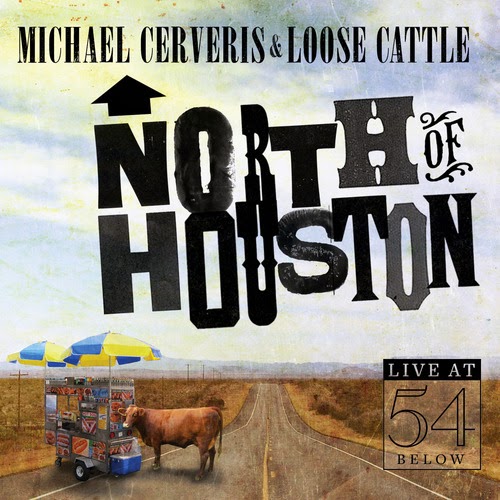 
THINGS TO ENJOY ABOUT NORTH OF HOUSTON

1. The sense of humor and whimsy that pervades the whole album: I think that the cover photo says it all about this album: a lone loose cow on a deserted country highway that appears to be waiting for service at a decidedly New York City institution, a hot dog cart.  That same whimsy shows up in the very brief patter between songs, and in the spare, but highly effective arrangement of the instruments.  The album also includes one of the most bizarre and effective mash ups I've ever heard: a combination of Dolly Parton's "Jolene" and Cee-Lo Green's "F**k You."  The mix is jarring, kind of funny, and makes you pay attention to it; you realize that they fit together very well.

2. The variety of songwriters and styles: As you might guess from what I've already said, there is a nice variety of songwriters on this album, which, in turn, has created a nice variety of song styles, which avoids the constant drone of one type of music that often holds similar records back.  In addition to Green (and co-writer Bruno Mars) and Parton, the likes of Pete Townshend and Bob Dylan are included.  Most notably, and definitely a reason to buy this collection, is the inclusion of several songs by Mr. Cerveris himself.  He has quite an ear for tunes and an obvious gift for lyric writing.  Three of his songs stick out as exceptional: the very mellow "Lost in  Amsterdam," the story-song "Dog Eared," and the most theatrical sounding number, "Evangeline," which would fit very comfortably in Floyd Collins. 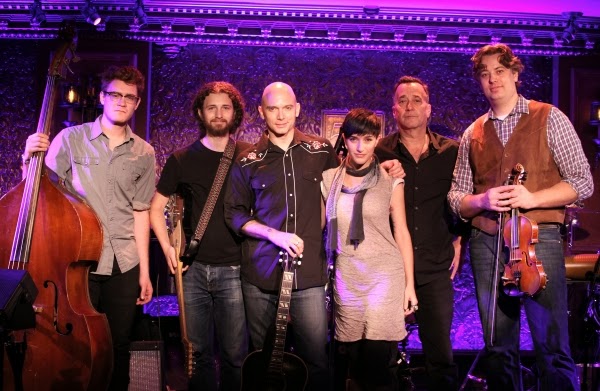 3.  The vocal stylings of the band's lead singers: Cerveris is the lead vocalist on most of the numbers, and as you might expect, his voice is in excellent shape, and he is a skilled singer-storyteller, from the energetic opener, "Get Downtown," to the satisfying "Run That By Me One More Time," to the old school-sounding "Electricity."  There is another vocalist, Kimberly Kaye, who provides high-powered back ups, a compelling duet in the mash-up, and in her own solo, "Raise Hell."  I'd be interested in hearing her on her own album!

Though I don't see me listening to the whole thing again, I can see me adding a few numbers to my playlist.  Like I said, this type of music isn't really my cup of tea.  But I never once wanted to just turn it off, and it really made me listen closely.  That says a lot for Mr. Cerveris, Ms. Kaye and the other Loose Cattle.