Where Are They Now? A "Faces of the Future" Update

Given the overwhelming success of the first "Faces of the Future" blog of 2014 (click his pic to your right), I thought it might be interesting to see where some of the original "Faces" are today.  Some have gone on to big things, others keep doing what they do best - entertaining us on Broadway's stages and beyond.  No matter what, I still think all of them are people whose careers are worth following!

Ryann Redmond has gone from Bring It On: The Musical to a featured role in the new Kitt-Yorkey musical, If/Then, starring Idina Menzel, LaChanze and Anthony Rapp.  The show begins previews in March.

Chaplin's Justin Bowen most recently appeared in the Encores! production of On Your Toes, starring Christine Baranski and Karen Ziemba.

Since we first "met" The Book of Mormon's Nic Rouleau, he went from understudying the role of Elder Price, to taking that very part on the road with one of the show's National Touring companies.  Now, he's getting ready to take on the part full time on Broadway! 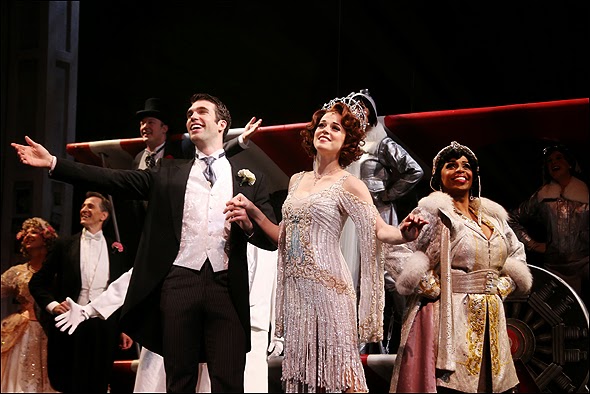 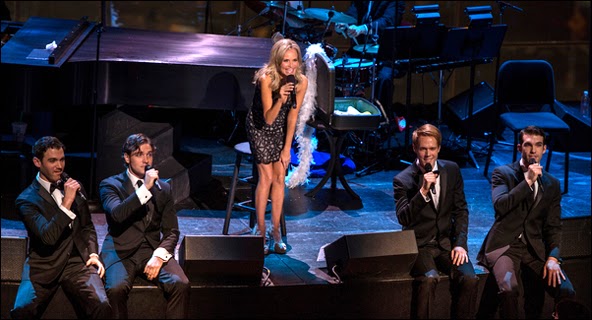 Evita's Johnny Stellard has left Argentina for the world of New York clubs, singing back-up for none other than Kristin Chenoweth for her Dames of Broadway concerts.  And then he took on the part of Robert Martin in regional production of The Drowsy Chaperone, starring Tony-winner Beth Leavel and Clay Aiken.

Spencer Plachy left Cloisterham, Studio 54 and The Mystery of Edwin Drood for the ancient streets of Verona in the recent revival of Romeo and Juliet, where he shared the traffic of the stage with Orlando Bloom, Condola Rashad and Brent Carver.

Soon after catching up with Newsies' Laurie Veldheer, she left the world of high stepping boys and papes for the sunny Mediterranean shores of a remote island, inhabited by scantily clad in snorkel gear who sing ABBA songs.  She took over the role of Sophie in Mamma Mia!, seeing it through a big move to a new theatre.  She leaves the show February 3rd.

Bare "bad boy" Casey Garvin is getting ready for his Broadway debut in Woody Allen's Bullets Over Broadway!  Not a bad way to start!

Former Peter Parker/Spider-Man alternate and co-star of the National Tours of Spring Awakening and Green Day's American Idiot, Jake Epstein left Turn Off the Dark to take on the leading role of Gerry Goffin opposite Jessie Mueller in Beautiful: The Carole King Musical.

And last but not least, speaking of Spider-Man: Turn Off the Dark, former Rock of Ages bad boy Justin Matthew Sargent went on to replace Jake Epsteinn as the Peter Parker/Spider-Man alternate.  He later took over the role as principal from original cast member Reeve Carney.  Sargent played the role at the final performance of the long-running show this past weekend!

Who know where these future Broadway legends will end up next?