Opinion: Is "Re-Imagined" the new "Revisal"? 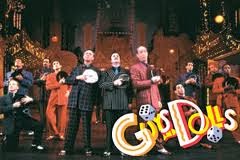 The first time I heard the term "revisal," it was the early 1990's and it referred to the dazzling new production of Guys and Dolls that made Faith Prince and Nathan Lane Tony-winners and household names.  It seems that that production was a considerable departure from the original production.  Prior to this "new staging," apparently, all revivals of Guys and Dolls have been done pretty much like the first.  It was a mega-hit, and of course, the new age of old shows began. Next thing you know, there are radically different versions of Broadway classics popping up. Oklahoma!, Into the Woods, Fiddler on the Roof found their happy followers and their share of detractors.

But shows like Sweeney Todd, Company and Follies received re-dos that were hailed for their enlightening, thematically revealing productions that made old Sondheim shows new again.  And there is the soon-to-be-revived reproduction of the 1997 "revisal" of Cabaret, a production so critically acclaimed and embraced by the public that it ran longer than the original.  Chicago is the granddaddy of all "revisals."  Sondheim, Kander and Ebb are being seen today as way ahead of their time. 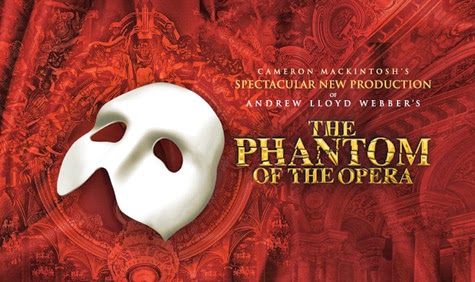 These days, a new term is floating around the Rialto: "re-imagined."  It sounds a lot like those D.I.Y. and home improvement shows that turn trash into treasure by "re-purposing" things.  I've heard chatter about "re-imagined" versions of two long-running mega-musicals, all helmed by Cameron Macintosh, as it turns out.  Neither show has left the West End, and since the mid-eighties, rarely a year has gone by without Les Miserables on Broadway, and The Phantom of the Opera, of course, hasn't left the Majestic in more than a quarter of a century.  Both have been re-staged in successful productions in the UK, and both are now touring the US in "new productions of." The "re-imagined" Les Miserables will be on Broadway starting March 1, so more about that later.

The "new" Phantom, recently started a national tour, and pictures of that production are out.  Now, I haven't seen this version, but I understand that it is the complete show, not the shorter, Vegas spectacle that closed last year.  From what I can see in the pictures and the video of the UK version of the same, certain things may be gleaned from this (which also seem to hold true of Les Miserables).


Mostly, it looks like "re-imagined" will be a combination of "reproduction" and "revisal."

So now the theatre world holds its breath to see just much money this "new version" will generate.  Will fans of the old embrace the new?  Will new viewers be curious enough to see them?  Will the new designs allow theatres around the country to host these versions, where they couldn't handle the older?

With the "new" Les Miserables opening on Broadway, the stakes are higher...

Video of the UK Tour:

Labels: Broadway Revivals, The Phantom of the Opera