I've been smitten with Sierra Boggess ever since her heartwarming performance as Ariel in The Little Mermaid, so I've been looking forward to her CD capturing her cabaret act at 54 Below (since I couldn't get there myself.  It was worth the wait.  A great mix of the expected - songs from shows she's done, self-deprecating humor, and some nice surprises, her act is always entertaining.  And I'll say it now: she gets my vote for the role of Eliza Doolittle in the upcoming revival of My Fair Lady.  Her act (and the CD) is called Awakening, and is all about those people and events that have inspired her.  Even she admits that she might be a bit young for such heady themes, but it (mostly) turns out she's learned a lot.  I'm glad she is sharing. 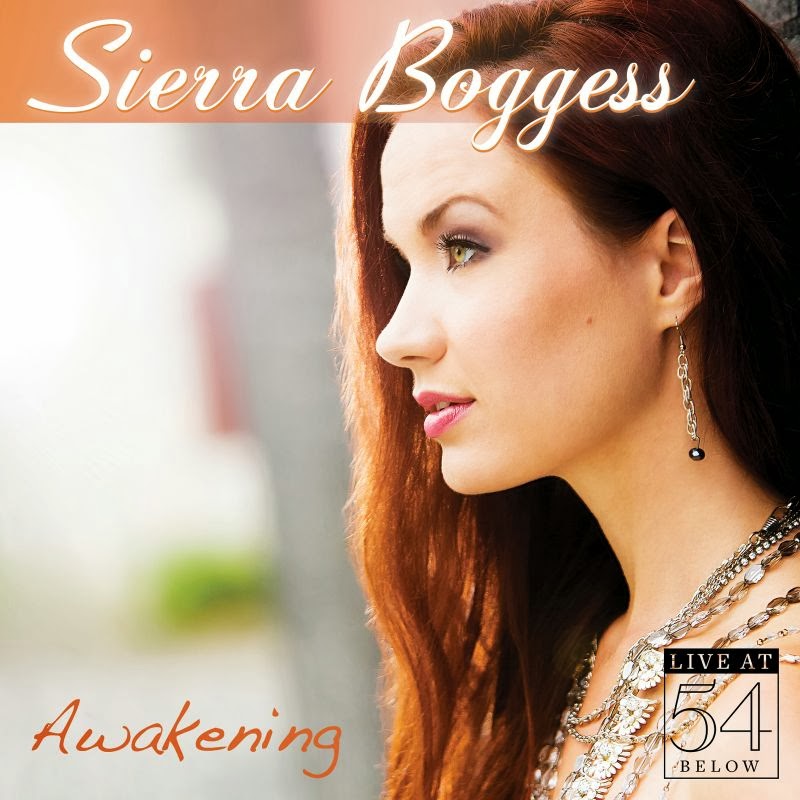 THINGS TO ENJOY ABOUT AWAKENINGS

1.  The Words: Ringing endorsements from no less than Hal Prince and Sir Andrew Lloyd Webber speak volumes for the respect this still-blossoming musical star engenders in the industry, and the uniformly adoring response to everything she says and sings tells how much her fans love and respect her.  And then there are the words of her between songs patter.  She's warm, very funny and, when she isn't doing the "keep to the theme of the evening" stuff that sounds rehearsed, she's nicely genuine.

2.  The family: How great is it that she has her sister as part of her band, playing a mean cello?  And that she has her father - after a sweet bit about her dad's "awesomeness" - accompany her in a great rendition of "Wildflower."  I love the pride in her voice when she announces that he made the guitar he played! 3.  The music: As I said, there is a great mix of what you'd expect and some nice surprises.  On the "expected list": Broadway songs like " Before the Parade Passes By" and "A Good Thing" (from Hello, Dolly! and Flora, the Red Menace, respectively) and film songs, "I Have Confidence" and "Colors of the Wind," and others. I should note that she includes "Parade" as a tribute to the influence of Barbra Streisand, who did the movie of Dolly.  Granted, she sings like Babs, not like Carol!  And, though it isn't something I generally enjoy, I'm glad she included two operatic arias from La Boheme, proving she can handle both Mimi AND Musetta!

4. The big surprise: She does a killer "Part of Your World," which is no surprise since it comes from her big Broadway break The Little Mermaid.  The big surprise comes from the entire Lloyd Webber sequence.  She doesn't give us the expected solo number from Phantom.  Instead she tells a very funny story about Prince, Webber and Gillian Lynne, and then launches into "The Ultimate Medley with Apologies to ALW."  I won't spoil it; you need to hear it for yourself.

The entire CD is a fun listen, and a high quality performance.  I hope she makes it back to Broadway, and soon.  Will it be Rebecca?  Either way, I'm sure Miss Boggess will find some inspiration from it to add to her next cabaret!