HOT or NOT Round 12: The IF/THEN Edition 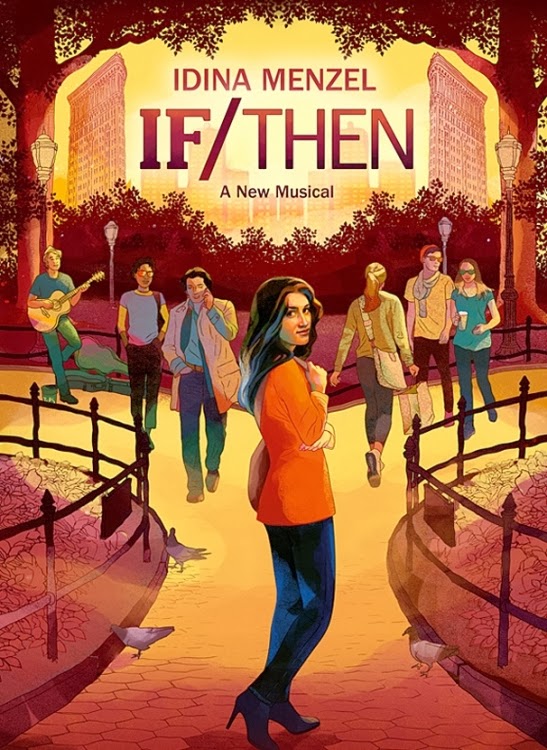 Whether you call her Idina Menzel or Adele Dazeem, that wickedly talented gal is headlining one of the most star-studded, talked about new musicals of the season.  And I do mean star-studded! In addition to Ms. Kazeem, the show boasts Tony-winner LaChanze and Broadway favorites James Snyder, Anthony Rapp, Jenn Colella, Jerry Dixon, Jason Tam, Ryann Redmond and Curtis Holbrook!  Yes, If/Then is certainly an interesting and exciting entry in the 2013 - 2014 season by any measure.  So just how "HOT" is this cast?  That is up to you to decide!  VOTE TODAY!  This poll will close at NOON on Sunday, March 16th!

For the twelfth time this season, it is up to you to decide who moves on to the finals in our quest for THE HOTTEST MUSICAL CAST OF 2013 - 2014!  Objectifying, I guess, but really also just silly fun.  That said, let me remind you that "HOT" is not just based on beauty or matinee idol looks or a killer bod.  Also up for consideration is their performance, their "buzz-worthy-ness," and the trajectory of their career.  Is their role this time around a milestone or a misery?  Are the chat rooms a-buzz with delight or humming with impending doom?  HOT to look at isn't enough to make it into the finals - even the cutest can be a "NOT"!  To see who has already made the finals, click HERE.