CD REVIEW: Jarrod Spector: A Little Help from My Friends (Live at 54 Below)

I think this may be the first time that I'm reviewing a CD that one of my former "Broadway Boys" has put out.  Jarrod Spector, who is one of the main reasons to even bother with Beautiful, has a new recording - part of Broadway Records' Live at 54 Below series - called A Little Help from My Friends. How much you might enjoy this effort depends totally on how much of his male falsetto shtick you can stand.  Apparently, I have a low threshold for it - though I'm sure he was a great Frankie Valli in Jersey Boys. The "uni-sound" of this set is, well, boring, and, worse yet, pretty self-indulgent.  Boy, how I hate that, even from a performer I really enjoy. 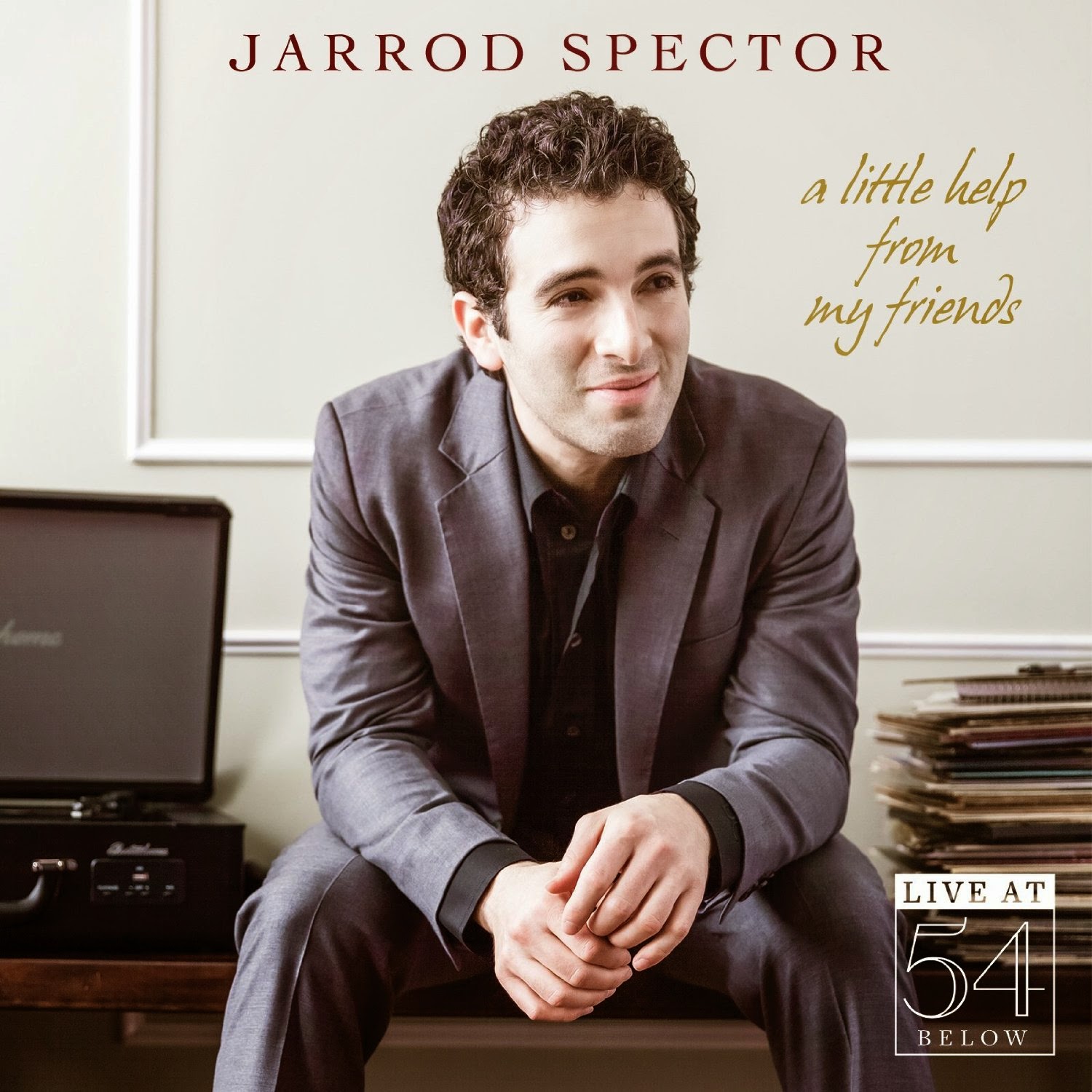 
ON THE UP SIDE

I hate to sound like a broken record, but... as usual, the quality of this recording in the Live at 54 Below  series from Broadway Records is superb.  From the recording itself, which is wonderfully mixed and mastered, to the superlative photography, the entire package is first rate, and totally worth whatever you pay for it.

The variety of the set... is great.  In tracing the history of the male falsetto in music, Spector covers a lot of territory - everything from opera great Caruso to Little Richard to Billy Joel, Paul McCartney and U2.  I suppose it is worth noting that there isn't a show tune in sight.  But that's OK, too, especially for a Broadway guy best known for playing pop singers.

And what is good here is really good... Interestingly enough, the first track, "With a Little Help From My Friends" and the last track, "I Still Haven't Found What I am Looking For" are among the best on the whole disc.  Both are high energy tracks (the latter gets a little nuts at the end, reminding me of The Ike and Tina Turner Revue at its most manic) and they bookend the show wonderfully.  In between, there are some other nice numbers, too, like "Sweet Home Chicago," with its excellent guitar work.  The Little Richard stuff ("Good Golly Miss Molly/Tutti Frutti") is also a lot of fun.  Oh!  His band and back up singers are terrific!


ON THE DOWN SIDE

The lack of variety of the set... makes for one boring listen.  While his falsetto has gotten him far - he does a mean Frankie Valli and he knows it - 16 of 24 tracks that are basically variations on a theme gets to be a more than a little grating.

The risks aren't worth the return... I am all for new arrangements of classic songs, and I admire the attempts at it, I really do.  But time after time, the riskier things fail.  Miserably.  For example, someone thought that a jazz version of "Unchained Melody" was a good idea, and maybe on paper it is.  The song is virtually un-listenable.  I had to turn it off before it was over.  Doing an aria made famous by Caruso is daring, but it sure sounds bad. Yikes.  And poor Freddie Mercury... There are a few others.  (I have no idea why "When You Wish Upon a Star" is here.  Was Jiminy Cricket using a falsetto?)

Maybe it plays better live, but his patter is awful... From the self-indulgent (OK we get it...you played Frankie Valli in Jersey Boys for years... he mentions it at least three times, plus it's in his liner notes) to the faux humility (what musician isn't a "music dork"?).  And his know-it-all tone as he shows off his "dork-dom," going into such detail about all he knows isn't so much interesting as it is tedious.  (The "Ebony and Ivory" bit, is greeted with noticeable silence, as he points out that he isn't ebony, and proceeds to point out who would be ivory, and who would be ebony.  Racist?  Everyone is a little bit.  And he doesn't even sing the song after all of that.)

Jersey Boys fans, and of course, Jarrod Spector fans might enjoy this.  And like I said, what is good here is really good.  But he really should stick to his Frankie Valli impression.