JKTS Chat: An Interview with Newsies' Andrew Keenan-Bolger (Part One) 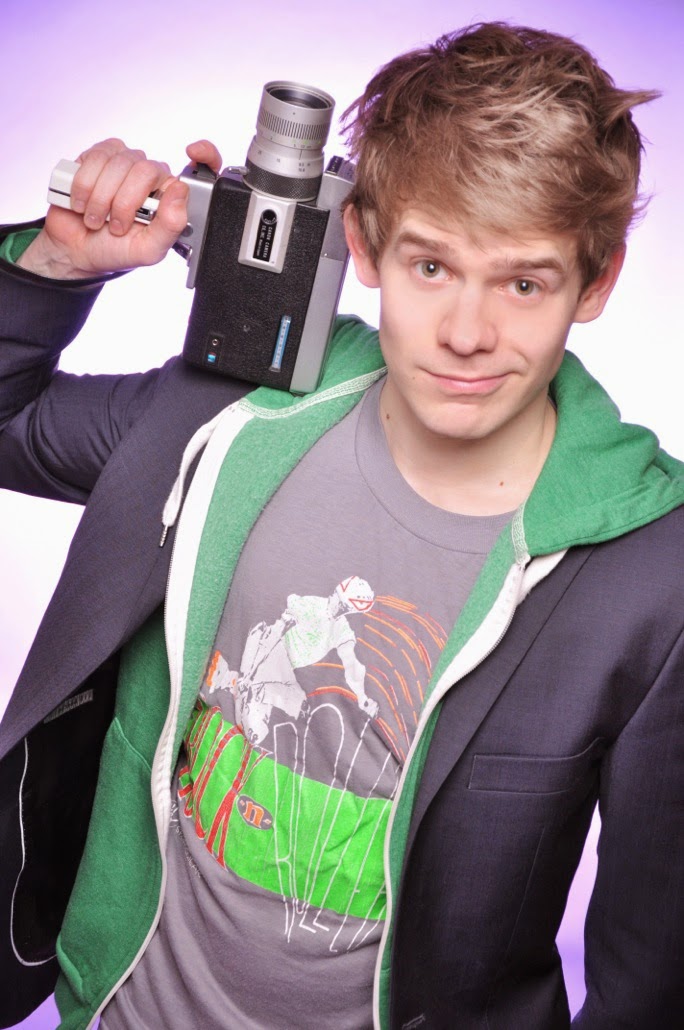 If you follow my blog at all, you know that I am a huge fan of the Keenan-Bolger siblings.  Maggie is an accomplished writer, and her sister, Celia, is an accomplished actress (if there is any justice, she'll be a Tony nominee shortly for her devastating turn in The Glass Menagerie).  And then there's Andrew Keenan-Bolger, probably most famous these days for starring as Crutchie in Disney's Newsies.  But he is also a political activist, filmmaker, and, soon, a published author. That is a lot for a guy who isn't even 30 yet!

Today, I am thrilled to bring you the first of a two-part interview with Andrew, in which he talks about his love of social media, being involved in the Broadway community, and the special bond he shares with his sisters.


JEFF:  Thank you, Andrew, for taking the time to do this interview!  It seems appropriate that you’d be a part of the “blogosphere,” since you are EVERYWHERE on social networks and the Internet.  What is it about all of the different platforms – Twitter, tumblr, Facebook, etc. – that so appeals to you?  As a performer in the 21st century, how important is it for you to “be out there”?

ANDREW: I totally love what social media has done to the entertainment industry. As a member of the theater community I am first and foremost a fan. Growing up, I remember being so enamored by people who worked on Broadway and would have done anything to get a glimpse of their world. I think twelve-year-old Andrew would have gone bonkers if he knew there was going to be a way to interact with your favorite actors. I also think social media and advents like YouTube have given artists an incredible platform to share our ideas and (most significantly in my case) our work. 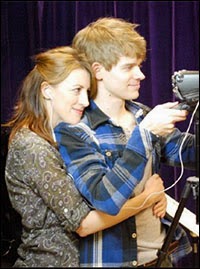 JEFF: Of course, as my readers know, backstage videos are just a little bit of your “Internet filming career.”  You also post some really amazing road trip videos with your friends.  And there’s that little thing going on called Submissions Only… What is it about the video/film medium that you find gives you a creative spark?  How is that “spark” similar AND different to the creativity you find when performing on stage?

ANDREW: I’m a storyteller by nature and when I picked up a camera for the first time I realized it was just another way to tell a story. Documentary style or scripted, what I’m always trying to do is share a slice of life. Having gotten to both, I find that acting and directing absolutely speak to each other and I am always learning about one by doing the other.

JEFF: One of the ways you “put yourself out there” is through your charity work and activism.  What has made you so interested and involved in these causes?  Is there a sense of obligation and pride that has been instilled in you that has gotten you involved with elections, causes and charities?

ANDREW: Growing up in Detroit, MI, our parents were very involved in community work. I remember my mom’s workplace going on strike and her bringing us along to walk the picket line. It started a dialogue at a very young age about social consciousness that I think has carried over into our adulthood. I’m so proud of the work that Maggie and Celia have done in the world when it comes to activism and I’m grateful that we’ve found a way to use our art and presence as a tool for social change. Maggie has made it her career creating theater with and about the under-represented voices in our world, so much of which is truly breath-taking. 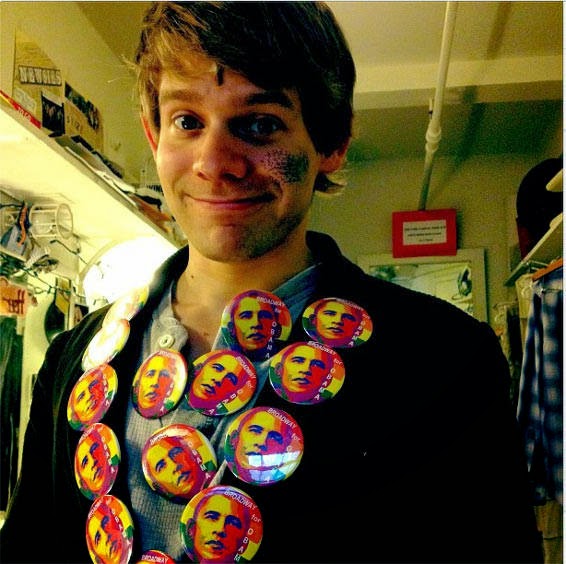 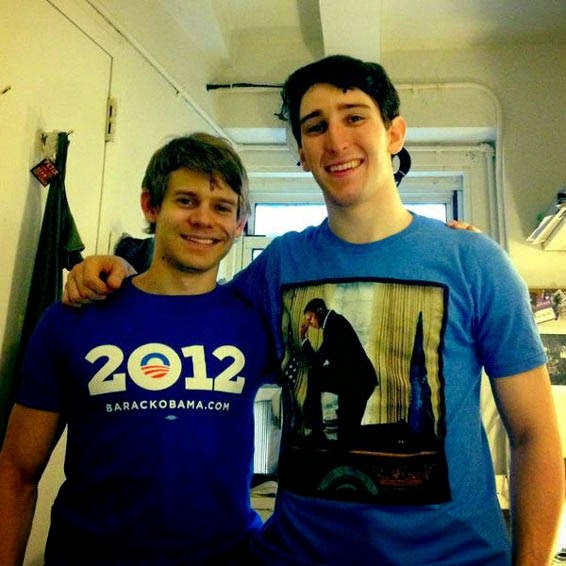 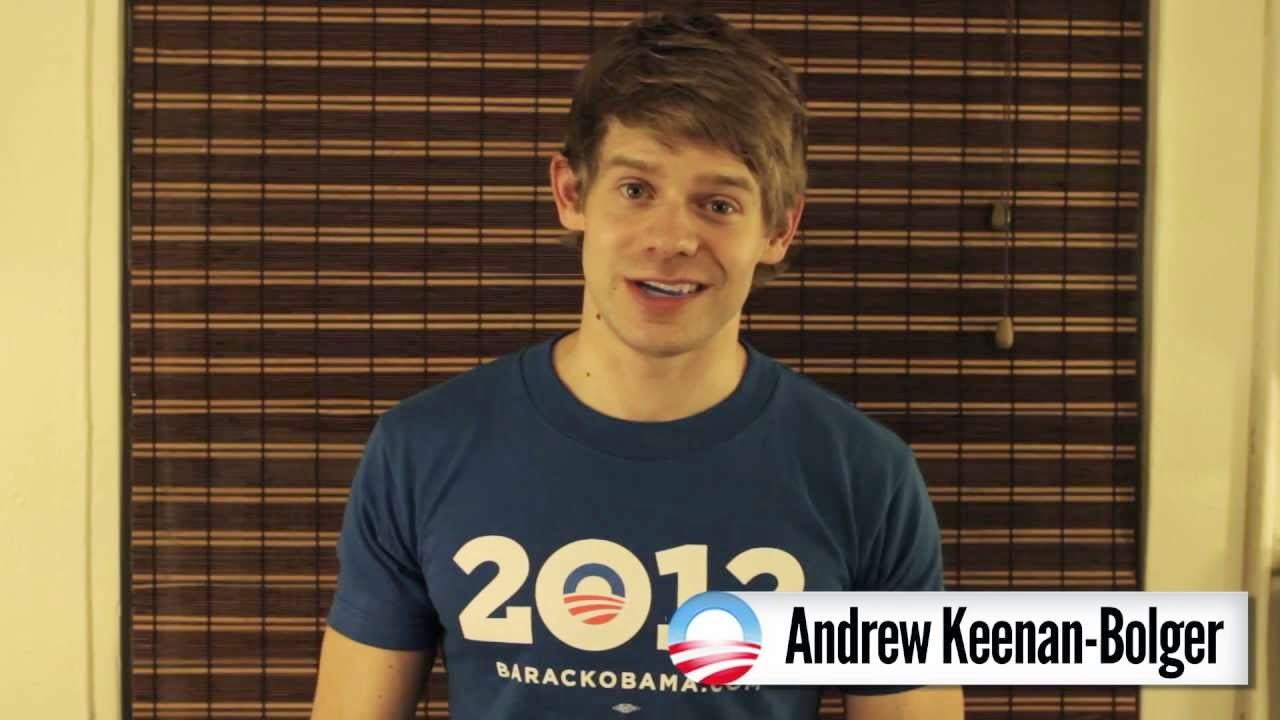 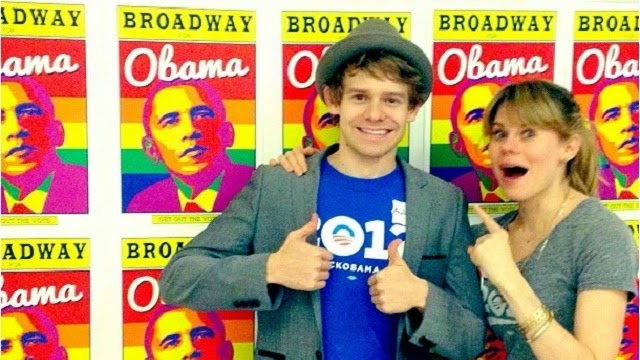 It’s easy as an actor to feel like we’re self-serving and in a profession that doesn’t make a difference, but when you look at the incredible charity and benefit work the theater world does, it really is amazing.  For example, I remember during the election, Celia and I were both in Broadway shows and wanted to be out there in the field doing the good work for Obama. Of course our show schedule made it difficult to uproot and go work on his campaign. We felt like a lot of other people in the community felt the same way.  We decided to create Broadway for Obama. I’m so glad the theater world has found a way to funnel that frustration into something that makes me really proud to be an actor and in a community that is so invested in our future. 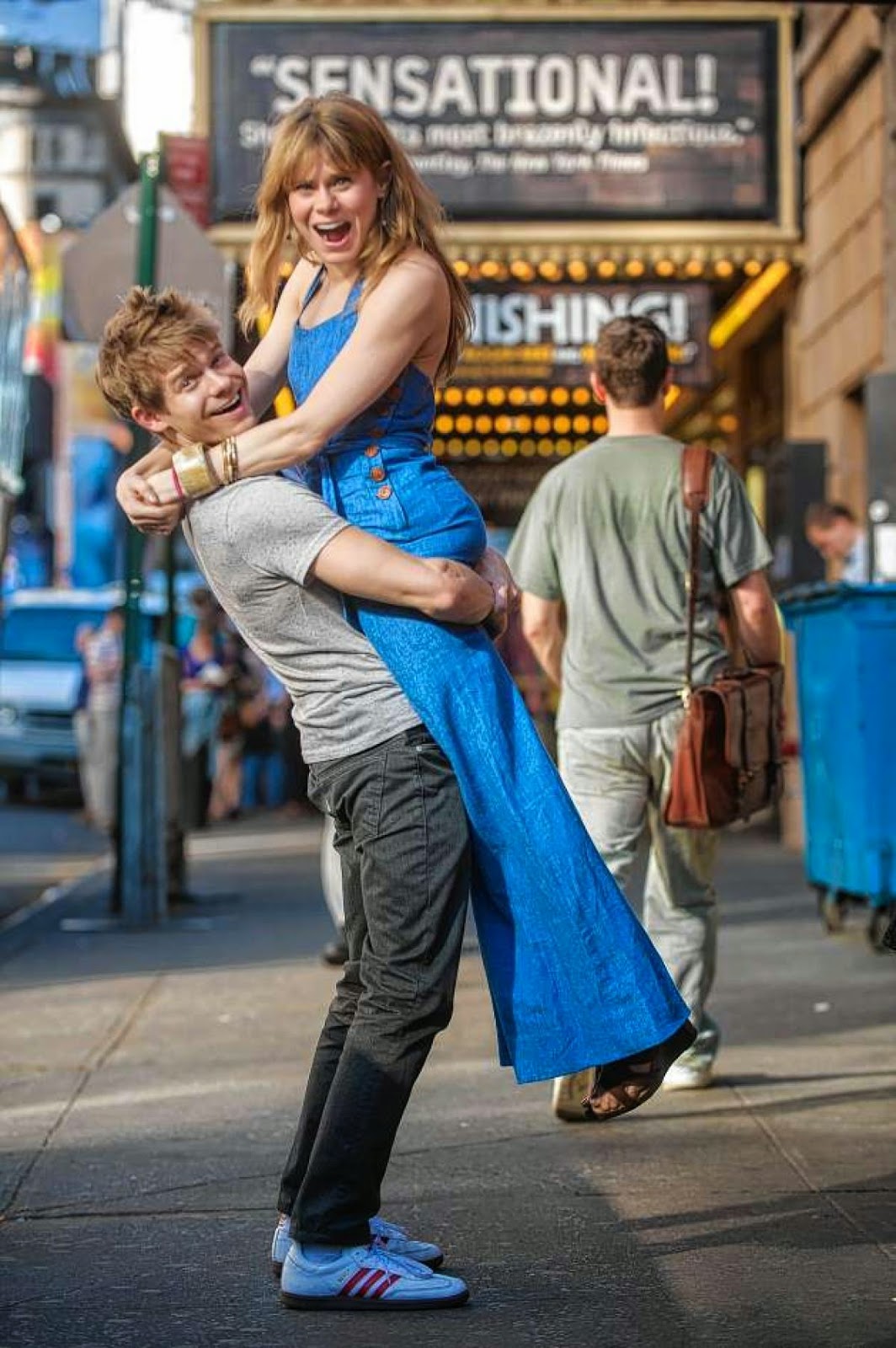 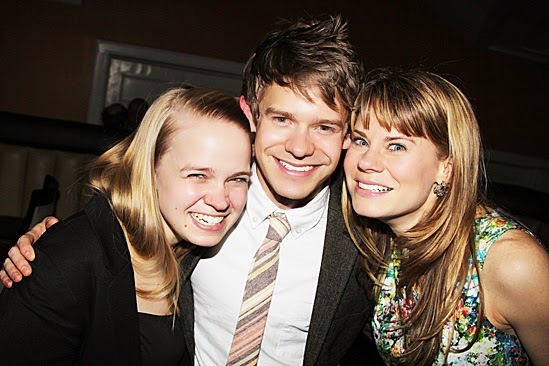 JEFF: Perhaps it is presumptuous of me to say, but it really seems like the three of you are particularly close.  Why is that do you think?  What is something fun and revealing that you can share about your sisters?

ANDREW:  I think my sisters and I share something unique. They are the two most important people in the world and I can’t believe we all get to live in the city and share similar passions. This is kind of a downer but my mom passed away almost 15 years ago. Losing a parent at such a young age really did form an unbreakable bond between the three of us and ever since we’ve been super involved in each other’s lives. As far as fun and revealing I will just say that holidays at the Keenan-Bolger’s is a sight to be seen!

Part 2 will post on Thursday!  Andrew talks Disney, fansies, Submissions Only and the future!

DON'T FORGET TO VOTE IN THE 2014 HOT OR NOT FINALS ALL WEEK!