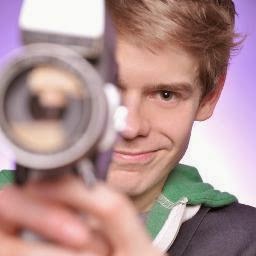 He was Mr. Broadway back in April 2012, and now Andrew Keenan-Bolger is back at JKTS with a pretty cool interview!  Earlier this week, he talked about his family ties to Broadway, politics and his love of all things media (HERE).  Today, in the second part (of two) of this chat, he talks about season three of his web series Submissions Only, how Disney has helped to shape his career, and all of the amazing projects coming up in his future - in all kinds of different media, naturally!


JEFF: The majority of your Broadway career has been spent in Disney shows, from Beauty and the Beast to Newsies.  What is the best part of being part of the Disney Theatricals family?

ANDREW: I think what’s really special about Disney Theatricals is that they are creating unforgettable experiences for families. I’m super close with my family and saw firsthand how theater changes lives at a young age. To get to be a part of that message is extraordinary. 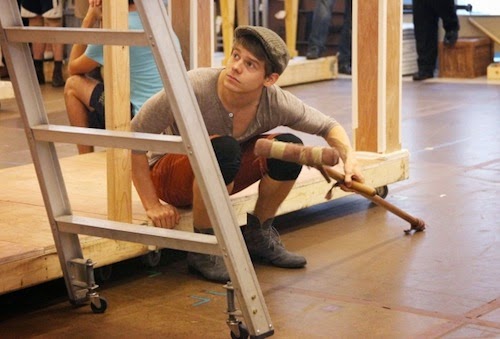 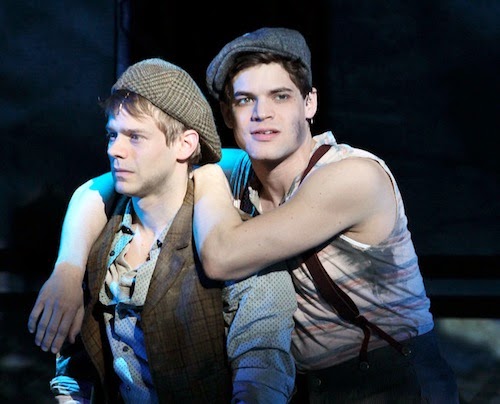 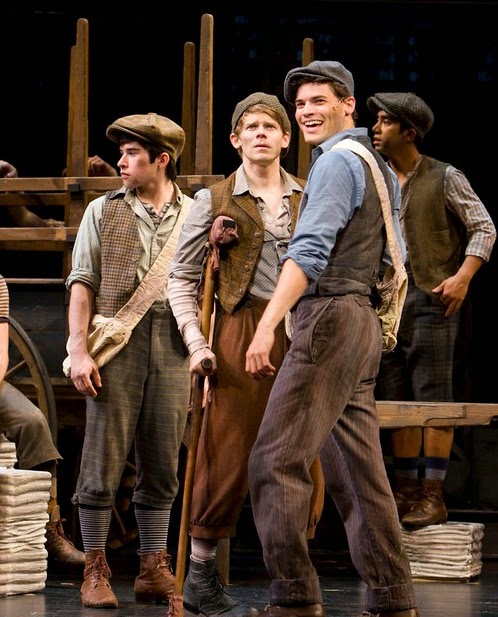 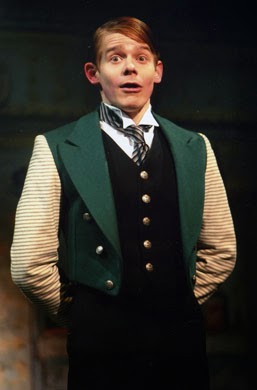 JEFF: During your time with Newsies, you did a lot of backstage videos and the like, and really got the “Fansies” pumped up about the show.  How did those videos come about and evolve?

ANDREW: I’ve been a part of the Disney family since I began my career and have been treated so incredibly well by them. Tom Schumacher, who’s the head of Disney Theatricals, was one of my first supporters when it came to film-making and one of the first people to encourage me to create content. When I found out I was going to be a part of Newsies I was immediately connected with the marketing department and we brainstormed ways to spread the world to our very tech savvy fans. I loved making these videos and was so lucky to have permission to document our experience in such a close and personal way. It was one of the first shows to have a real online narrative and give access to the inner workings of a show’s Broadway gestation.

JEFF: Just how crazy did those fans get – for the good and the bad?  I’ll bet that their enthusiasm meant a lot to all of you.

ANDREW: It’s my hope that those videos largely propelled our fans’ enthusiasm. I know if I weren’t in the show, I’d absolutely be cyber-stalking all those boys as well! As to the level of crazy, it was never for the bad. I will also say, I was the most well-fed during that run thanks to the generosity of our fansies. JEFF: Have you seen Aladdin on Broadway yet? If so, how strange is it for you to not be up there, when you were a part of the pre-Broadway genesis of the show?  If not, what are you looking forward to seeing when you finally get to see it?

ANDREW: I did see Aladdin and have to say, even without my history with the show and Disney, I think it’s out of this world. I haven’t been entertained like that in such a long time and to think that it’s going to be a lot of people’s first introduction to Broadway is so cool!

JEFF: So, this latest season of Submissions Only is a little different production-wise.  How did this new situation come about?  How has it helped your enterprise?  What about SO remains the same, and how has it grown to a new level?

ANDREW: This new season was absolutely a game changer for us. We really got to make the season of our dreams! It began with a really lucrative Kickstarter campaign and finished off with the help of Broadway producer, Kevin McCollum. While financing makes some things easier, (mainly the ability to get everyone to agree to do insane amounts of work), it also made things a lot harder as we got more ambitious. After shooting our new season I’m pretty sure everyone on the Submissions Only team feels like a warrior. What’s remained the same is that while we have a lot more help than before, we still try to keep it a small enterprise. We try to use people’s time very efficiently and make sure our work environment is above all, fun.


JEFF: As theatre lovers, most of us have some familiarity with the collaborative nature of bringing a show to the stage.  How does collaborating on a web series from scratch work like doing a play or musical, and what are the most challenging differences?

ANDREW: In many ways they’re similar. Kate and I had little to no film experience when we began Submissions Only, but what we did know was how to create environments that fostered learning and creativity. Theater prepared us for that. The biggest difference was having to have the mind of a producer. It’s great to think up something but figuring out to execute it is a whole other story.

JEFF: Finally, what can we look forward to seeing you in the near future?  A new show? More  Submissions?  How about another stint on Looking? Any chance you’ll be doing a show with your sister?  What is something you haven’t done that you hope to try and/or accomplish in the next year?

ANDREW: I’ve got a couple films coming this year that I’m really excited about. One is called The Rewrite, starring Hugh Grant and Marissa Tomei. Hugh plays a professor and I get to play one of his wacky students. The second is a film that’s written by my friends Jake Wilson and Sas Goldberg called You Must Be Joking. It’s a hilarious look at the world of an aspiring comedienne. Of course there’s a lot of awesome Submissions Only love coming at you every other Monday on BroadwayWorld.com. Also, Kate Wetherhead and I are writing a book series for Penguin Publishing called Jack & Louisa. We’ve completed the first book and are hard at work on the second. The thing that I haven’t done that I’m setting my sights on is writing and directing a film. Kate and I have already tossed around a lot of ideas but it’s the thing that I want to do most in 2014.

JEFF: Thanks, so much, Andrew!  Can't wait to see all of your future successes!

DON'T FORGET TO VOTE IN THE "HOT OR NOT" FINALS!