Oy vey!  Heat up the matzo ball soup! And when you are done reading this, call your mother! 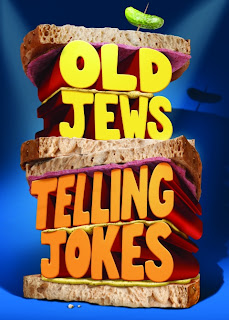 The folks over at the off-Broadway hit Old Jews Telling Jokes have asked me to share a really amazing contest with you!  The show, which has received some of the best reviews of any shows this year, stars 2 guys I'm sure you know, if not by name, then by sight: Lenny Wolpe and Todd Susman, and one theatre comedy legend, Marilyn Sokol. (Not sure who they are? GOOGLE THEM!)  The cast also features Bill Army and Audrey Lynn Weston. 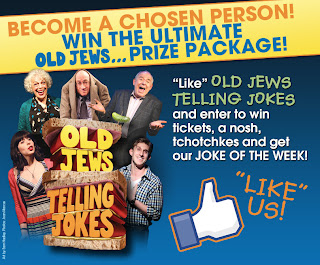 What could you win:

The contest deadline is OCTOBER 1 - One week from tonight!


And to get you in the mood, check out this fun video all about the Elusive Gefilte Fish, hosted by co-star Audrey Lynn Weston: