Still seething from the whole Newsweek gays-can't-play-straight brouhaha, I did find some comfort this week over at Out.com, the online site for the print magazine, OUT.  I found much to be positive about, especially as a theatre lover.

First, the April Issue featured on the cover and inside as well Jesse Tyler Ferguson, best know to national audiences for the hit series Modern Family, but better known to Broadway fans as Leaf Coneybear in The 25th Annual Putnam County Spelling Bee.  Yes, I know he's gay playing gay, but it is nice to see some positive coverage (and if you aren't familiar with Out, just because you are gay and successful doesn't mean they will be nice to you...). 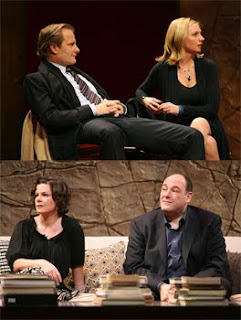 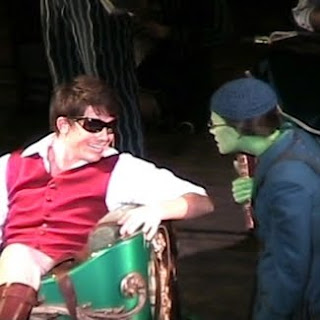 POWER 50: #5 Adam Lambert in Wicked
Then, the magazine listed their "Power 50" which is a ranking of the most influential LGBT people in the US (and the world).  Of the Broadway-related:  #20 is Scott Rudin, producer of this season's A Behanding in Spokane and Fences, which earned him his 22nd Tony nomination.  He has won 6 times: Passion, Copenhagen, The Goat, or Who is Sylvia?, Doubt, The History Boys, and the soon to close God of Carnage.  #7 is Neil Patrick Harris, for hosting the Tonys, being a TV star in How I Met Your Mother, and his activism for gay rights.  And #5 is Adam Lambert, whose stage credits include the LA production of Wicked. 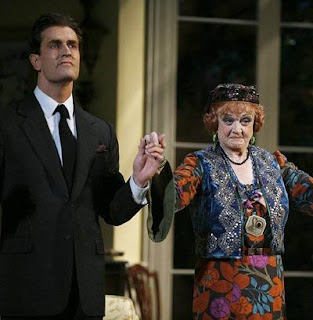 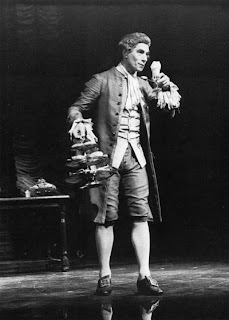 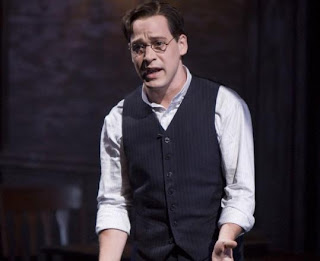 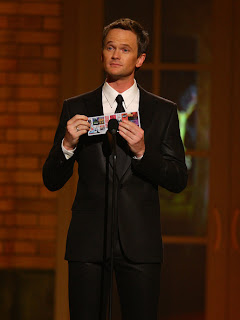 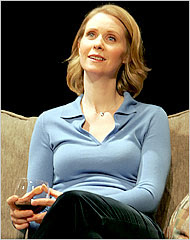 In their own direct response to the Newsweek mess they made a list of actors who "Play it Straight."  Of the list, these Broadway folk made the list: Richard Chamberlain (The Sound of Music, Breakfast at Tiffany's, My Fair Lady, and the national tour of Spamalot), Rupert Everett (Blithe Spirit) , Ian McKellen (on Broadway 6 times, including Amadeus, for which he won the Tony), T.R. Knight (Noises Off, the LA production of Parade), Neil Patrick Harris (Cabaret, Assassins, RENT, Sweeney Todd, Proof) and Cynthia Nixon (The Real Thing, Angels in America, and her Tony winning performance in Rabbit Hole).

And finally, the June/July Issue will feature the 2010 Hot List, which has Broadway favorite (Spring Awakening and Glee) Jonathan Groff at #3, and at number 1, Les Cagelles, from the smash hit revival of La Cage aux Folles! 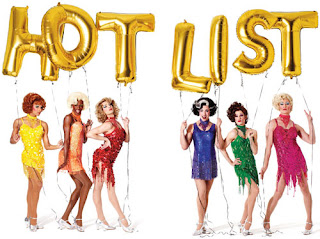 2010 Hot List: #3: Jonathan Groff
Whether these folks are gay playing straight or gay and successful in a straight world, it doesn't matter.  What does matter is that they are being celebrated for their achievements.  Congratulations to all!

(Photos from Out Magazine, Playbill Online and Getty Images.)