SO SAD TO SAY GOODBYE

Mark your calendars.  July 18 marks the departure of Broadway favorite Brian d'Arcy James, and Tony winning Alice Ripley from next to normal.  Mr. James, who just got here, leaves to return to Time Stands Still, which apparently is going through with its threat to reopen.  Ms. Ripley, who leaves behind a legendary diva performance likely to be talked about for years, has been with the show from its off-Broadway start two seasons ago.  If you are lucky enough to live where the show tours, though, you will still have chances to see her, as she is headlining the national tour!

EVEN THE MERCHANDISING HAS GONE GREEN
Kudos, environmentally, to both Wicked and Rock of Ages who now both print their window cards on roll up poster paper (as a collector, I hate this trend with a passion) but if it saves a tree or two... 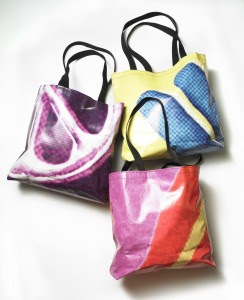 Now comes news that the folks over at Hair, who are putting their hippie money where their hippie mouths are:  they took their Times Square giant sign down (replacing it with the new, more fun logo).  But instead of putting it in the landfill, they turned it into collectible, one of a kind tote bags, on sale at the merch stand over at the Al Hirschfeld Theatre. 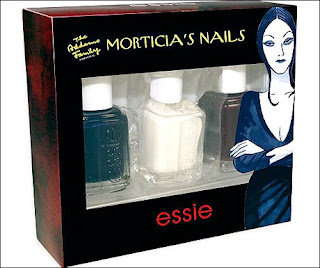 Not to be outdone, Bebe Neuwirth and The Addams Family  have gotten together to create a three bottle collectible set of nail polishes named for and inspired by Morticia Addams!  The sets will be sold online at the show site and at the Lunt-Fontanne Theatre.  Proceeds with go to a fund for aging and disabled performers, dancers and other theatre folk, a charity near and dear to Ms. Neuwirth's heart.

BEFORE SHE WAS AILING... 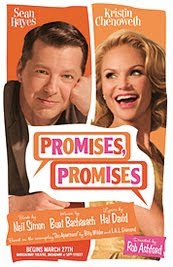 Kristin Chenoweth and Sean Hayes  sat down to answer reader questions at Broadway.com.  The questions are characteristically interesting/annoying/stupid often at once, but the two give hilarious answers.  Their rapport off stage is awesome... and they get a pretty good dig in at Newsweek's expense.  You can catch it here.

And glad you are better, Kristin!  I'm coming to see you very soon!

IN MEMORIAM
Broadway keeps losing great ones.  This past week, beloved critic and friend of the theatre, Michel Kuchwara passed away.  And he went just the way I'd like to go... smiling with my iPod on, listening to the overture of his favorite show, Gypsy.  It is rare to hear the whole community rally for a critic, but he was revered for being fair, kind-hearted and open-minded.  If he loved you he told you why.  If he didn't his reasons were always clearly given, sans any sense of snarkiness or self-congratulations.  It is testimony to the kind of man he was that Broadway dimmed its lights in his honor, a rare thing for anyone who is not a performer.  Kuchwara was 63.

And Friday, we lost Gary Coleman, whose Broadway connection was a strong, but odd one.  He is a character in the long running, Tony winning musical Avenue Q, which makes loving fun of his reputation post Diff'rent Strokes.  Odder still, the role, in the US at least, is played by a woman!  The statement from the AQ team was appropriate and sincere.  I can only imagine how difficult it must have been Friday night to play the role.  Coleman was 42. 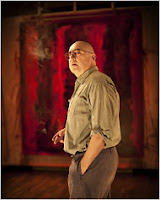 OH!  And who didn't nearly pee themselves at the news that Bernadette Peters and Elaine Stritch might replace Catherine Zeta-Jones and Angela Lansbury in A Little Night Music.  Just the idea thrills me, but if it happens, SIGN ME UP!!!