Spider-Man: Turn Off the Dark: a Second Open Letter to Julie Taymor

NOTE:  The following blog contains plot spoilers.  If you want to know nothing about Spider-Man: Turn Off the Dark as it was as of Wednesday afternoon, February 9, please come back another day!  Thank you.

This letter is a follow up to the one I posted over two months ago, which you can re-read HERE if you'd like to.  I am writing today because I specifically bought a ticket to the first performance after what was to be your other opening night, February 7th.  I have read the reviews that came out yesterday, and I feel for you, I really do.  And so, I will continue to honor your producers' wish to not post a formal review until after you officially open, March 15th.  But in the interest of full disclosure I want you to understand that regardless of whether or not you open on the 15th, I will feel free to post a formal review at any point after that.  Fair enough?  I think so.

If I am going to be 100% honest (and trust me I will considering how much time and money I have personally invested in your "vision") after reading those reviews, it sounded to me like you made absolutely no substantive changes to the show.  You'd have thought that the reviewers saw what I saw last December, not something over the past week or so.  So, as much as I've supported you all along, I must admit I arrived at the Foxwoods Theatre ready to be disappointed.  And shame on me.

In the 2 months since my last visit, the entire show has so vastly improved I can hardly believe it.  And good for you.  In my previous letter, I told you that your show has provided me with 8 minutes of the most thrilling theatre going of my life.  I'd say that you have now delivered about 38 minutes of thrilling, interesting and thought-provoking theatre.  Maybe as you read this you might think that 38 minutes is great, but what about the other 132 minutes?  Well, I'd say that about 100 of those minutes are fun and satisfying spectacle, which, I believe, what you are trying to accomplish with this production.  And before we talk about that last 30 minutes or so, let me thank you for the attention paid to the bulk of Spider-Man: Turn Off the Dark. 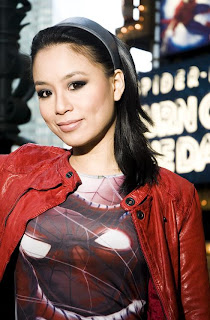 Thank you, too, for addressing some of the grievous ugliness that defined your show earlier.  Your tweaks to act one have really improved the pacing and the clarity of the story.  But your work on act two is to be applauded.  Seriously.  The motivations of the Sinister Six, the Green Goblin, and, ultimately, Arachne, are now crystal clear, all thanks to a well-placed short book scene, impeccably delivered by Ms. Carpio.  I now understand somethings that I took you to task for previously:  Why the Green Goblin hates Spider-Man - check!  Why J.J., the newspaper guy, hates Spider-Man - check!  Why Peter doesn't hate Mary Jane after her being involved with the death of Uncle Ben - well, you re-did the whole sequence and WOW! - check!  And why Peter/Spidey only fights the film images of the super villains makes legitimate sense now - check!

Finally, though, the new finale was totally worth the wait.  The last 20 minutes or so of the show is EXCITING!  Thoughtful as it is though-provoking!  And it really makes you give a damn about Peter Parker, Mary Jane Watson and, I can't even believe I'm typing this, Arachne!   The final flying sequence - I won't elaborate here because I hope people who see the show can have the same thrill of discovery that I got - is absolutely beautiful and thematically powerful.  It really ties the whole show together.  And the ending that you producer announced would please fans of the film was worth the wait, and is a fun way to close the show.

It also bears repeating, especially in light of the early reviews, that your cast from top to bottom is to be commended for really believing in what you are trying to do.  Ms. Damiano, Ms. Carpio and Mr. Page are consummate professionals who are all doing top notch work, as are your tremendous Spider-Man aerialists.  In December, I had the privilege of seeing Reeve Carney in the title role, and he was terrific then, so I can only imagine how wonderful he must be by now.  That said, anyone who happens to see a performance where Matthew James Thomas is Peter/Spidey is in for a real treat.  He is superb.  Simply superb.  Regardless of how things ultimately turn out, both young men have so much to be proud of. 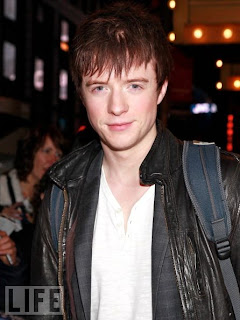 
Which brings me to my still biggest concern...

While overall it is vastly improved, the unevenness of tone is still a huge problem.  As much as you are pushing boundaries here, there are several place where you aren't pushing enough.  When the show is funny, let it be funny.  They are saying funny jokes, but delivering them like an O'Neill monologue.  And when the bad guys are being bad, let them be BAD.  The furies, for example, look tough (facially) and what they are singing is evil enough, but they aren't delivering serious evil.  And when Peter and Aunt May or Peter and Mary Jane are having a touching moment or two, let us savor it for more than a split second, will you?  I mean, yes, I found myself actually caring about the characters much more than I did two months ago, but they still need a little extra pep.  But most importantly, remember that this is about a comic book hero, who has plenty to say for sure, but it is still a comic book legend.  LIGHTEN UP A LITTLE!  This is way too serious in places where it doesn't need to be.

So in short, laugh a little more, bring out more extreme emotions in places, deal with the shoes, and oh, before I forget - Sean Samuels is doing a bang up job as a reporter and as Swiss Miss.  But the Busker has to go.  And fast.

To all the naysayers and people who read the early reviews as if they are the final word, and to Ms. Taymor, cast and team: if you can make some final improvements to the show in this last month like you did since December, Spider-Man: Turn Off the Dark will be a legitimately huge hit.  Huge.  And entertaining.  And a great spectacle.  It is not, nor does it really try to be, traditional musical theatre.  To judge it as such is a mistake.

You'll probably see me again this spring.  Keep going in the same direction!