Best of the Decade: The Best Musicals #2

There's a moment you know that what you are seeing live in front of you is going to have a profound effect on you personally.  Theatre is great for that; many a theatrical moment has changed the way I've looked at things, felt things, saw differing points of view, but the really profound moments are rare.  Rarer still are those times when you are at a new show and you just know that theatre as you previously knew it has changed.  Only five times in over a quarter century of theatre going have I felt that "life changing feeling": my first Broadway show, Mame, the very first time I saw A Chorus Line, the very first time I saw Cats, and twice in this first decade of the 21st century, which bodes well, I think for the future of musical theatre.  They are my number 1 and 2 Best Musicals of the Decade, which only seems right.

Off-Broadway: The Venue and the Artwork
The moment I knew this show (at number 2) was life-changing was at a late in the run performance of the show off-Broadway at the Atlantic Theatre Company, in a space that had once been a church in the Chelsea area of Manhattan.  The show, of course, is Spring Awakening.  The Moment: At intermission, when I literally could not move from my seat.  My mind was reeling; my senses were firing at full levels.  I still wasn't 100% sure that what I was seeing was real.  All I know was that I felt the most bizarre and strong connection to a group of teenage types, all from 19th century Germany.  I could see myself in each and everyone of those characters - the confusion, the desperation, the ignorance, the bliss, the joy, the bitterness, and the ecstasy of developing sexuality.  I was Melchior, Wendla, Ilse, Ernst, Hanschen and, probably most like Moritz.

Of course, the real treasures came in act two, and the overwhelming pain and sadness.  I wept at the end of the show like I hadn't wept anywhere else, save for a funeral.  I mourned the loss of young lives so unnecessarily taken; I was angry at the adults and the ignorance and the moral self-righteousness that caused it to turn out the way it did.  I have to admit that as a teenager, it would have been wonderful to have had Spring Awakening, and as an adult, I vowed that I would try always to remember these kids and everyone like them before I speak, judge, counsel any of them that happen into my life.

The Original Broadway Cast also made up the Off-Broadway Cast, with the exception of the two adult roles, which were then played by Frank Wood and Mary McCann.  The Broadway production also added "Ensemble" roles, sung by actors placed amongst the onstage seating for the show.  The original ensemble singers were: Gerard Canonico, Jennifer Damiano, Robert Hager and Krysta Rodriguez. 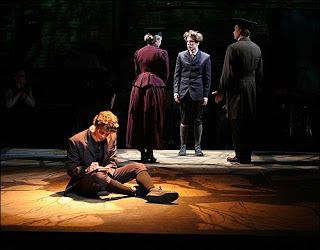 The off-Broadway production with
Mary McCann and Frank Woods as the Adults
Between the Off-Broadway and Broadway runs of the show, the most significant changes made were a slight song order change and the replacement of "There Once Was a Pirate" with "The Guilty Ones" at the top of Act Two.

Over the course of its run **, there were:
(** - not including understudies or swings) 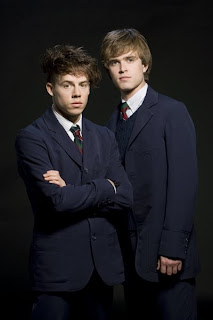 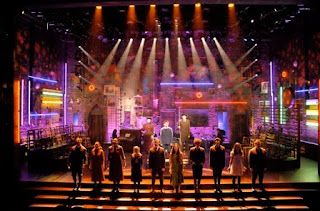 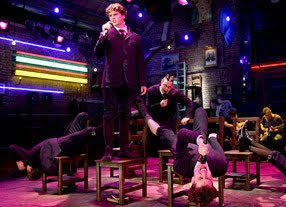 The Original Cast: "The Bitch of Living" 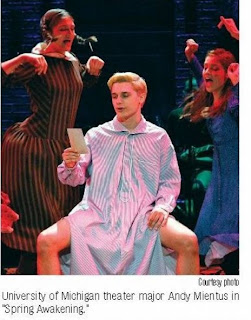 The 1st National Tour: "My Junk" 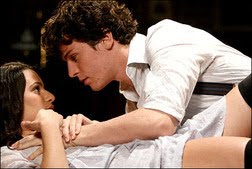 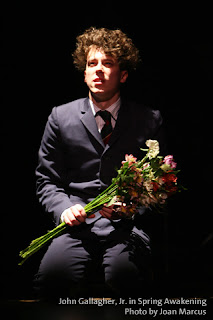 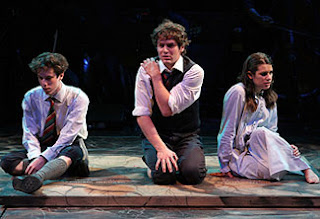 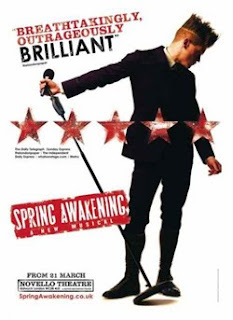 Artwork from the London Production 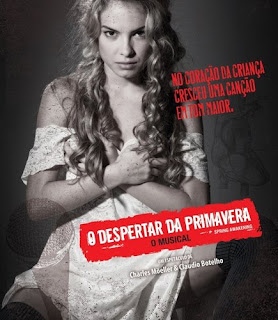 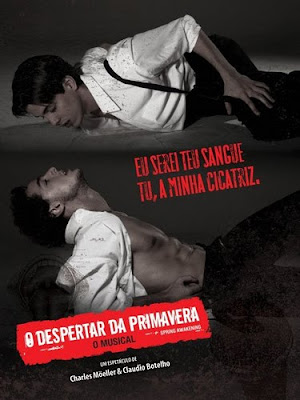 Artwork from the Brazilian Production:
Can you imagine ads like this on Broadway? 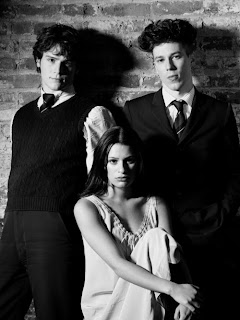 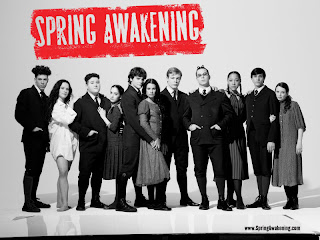 The Original Cast in the Media Blitz 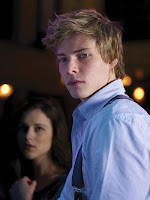 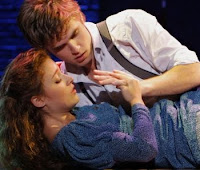 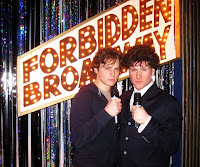 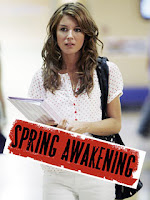 Other Photos: Vanity Fair, The Spring Awakening site, The Tony Awards site.
Comments?  You know what to do: Here, email at Yahoo.com, Tweet me, Formspring me!
Jeff
Posted by JK at 12:01 PM