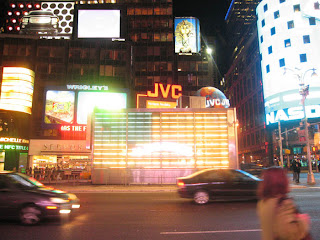 The American Flag in lights:
the US Army Recruiting Station in Times Square
In celebration of our nation's birth, both of July's polls dealt with Broadway and its depiction of all things "American." 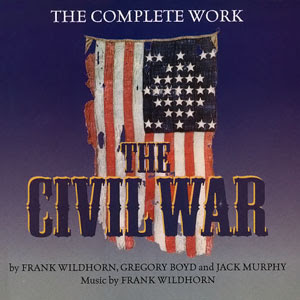 3.  0% - The Civil War
For one of the first times since I started posting polls, one choice went completely unchosen.  Normally, I wouldn't even mention it.  But I got a few emails questioning why I would include the show as one that captures the "American Spirit."  After all, a few of you wrote, doesn't The Civil War represent ideals and situations that today we recognize as truly un-American?  One of you went so far as to suggest a "subversive racism" on my part.  Perhaps an explanation as to why I chose it for the poll will clear it up.

First, and this might have been the best reason to NOT put it on the list, not a whole lot of people even saw the show. Maybe those of you who wrote in saw it and found it somehow offensive.  I guess I'll never know.  And so maybe, simply based on the topic, one might conclude that the show depicts the ugly side of America (it did) and really can't be an example of the "American Spirit" (I disagree).

But, having seen the show, and having listened to its concept recording many times, I can tell you that just because it addresses slavery, racism and grisly war violence, that is not at all what the show was about.  It was about the struggle for beliefs and the right to express them; it was about the struggle of the oppressed triumphing over the oppressors;  it was about freedom at any cost, even if that cost meant fighting, literally, your own brothers/cousins/uncles/fathers.  Freedom of expression, triumph over oppression, and the ability to live a free life are the very cornerstones of what defines this country.  And so I included it. 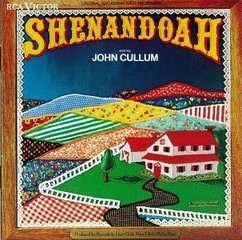 Interestingly, both of these shows confront the very same themes as The Civil War, Shenandoah perhaps the most, as it, too is a musical that depicts that North/South conflict.  In its time, the show also offered a bit of controversy, given that we were still coming out of the Vietnam conflict, and the father character was a pacifist.  Still, it was ultimately a feel-good musical that song and danced its way around some of the tougher issues.  Just listen to the song "Freedom" and think about who sings it.

Given the equal treatment all three groups represented are given in Ragtime, it, too, addresses many of this country's ills - commercialism, politicalism, industrial growth, worker's rights, equal rights for people of all genders, races and ethnicites.  And because all three groups have their heroes and the "bad guys" are crystal clear, it is easy to see why this was a popular choice for a musical that shows the true "American Spirit."  That, and it represents some of the very best attributes of that singularly American art form, the Broadway musical. 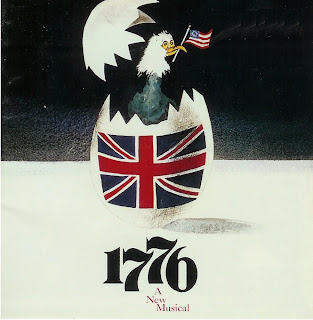 As one of you wrote, this was really a "no-brainer" choice.  It is, after all, about the very forming of our country, warts, arguments, pomposity, arrogance, passion, idealism, and all.  It does not depict a completely rosy picture of our awkward birth, either.  And, like Shenandoah, this musical is informed by the time in which it was written - the beginning of the Vietnam conflict.  And there is really nothing more American than a group of disparate individuals trying to create something new and the struggle to create it.

POLL #2: Which is the best show that depicts real Americans?

I got a few emails on this one, too, mostly asking why didn't I include more titles like The Unsinkable Molly Brown or Billy Elliot.  OK, maybe Molly would have been a good choice to include, but Billy is British and fictional. 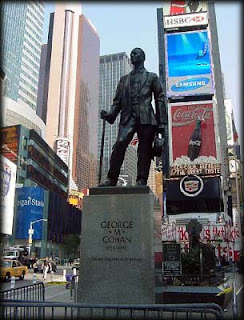 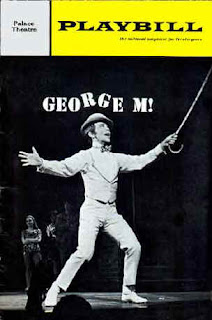 Considering that this is a Broadway site, and that a statue to this man is smack dab in the middle of Broadway, and that he is one of the founding fathers of the genre, I thought he'd get more votes.  But the show, not the man, is what you were voting for, and I guess compared to the others, it is hopelessly old-fashioned, even if it did start Wicked's original Wizard, Joel Grey and a young Bernadette Peters before she became the legend she is. 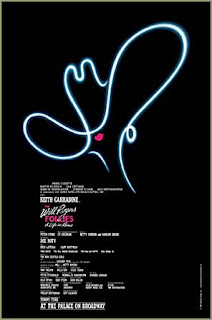 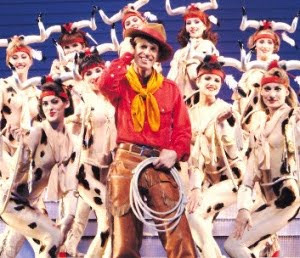 One of my personal favorites, and the one I would have voted for, is this gem, a triumph of style and staging, Broadway razzle dazzle, combining an old school sensibility with a modern, in-your-face style.  Lavish and sexy, tuneful and funny, and still the best opening number of the last 25 years, this show had it all, and still managed to depict our hero as a great, but not perfect, guy.  Keith Carradine (and later Mac Davis and Larry Gatlin) donned the cowboy hat, grabbed the lasso and worked his way into our hearts, making one last stop on Broadway before departing for the Great Beyond (via a spectacular laser beam/smoke effect). 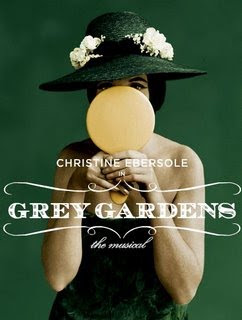 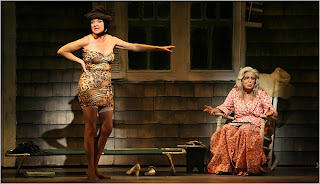 This is the one I thought would lose.  But it is a great musical.  Hard to sit still at without having definite opinions, true, but it does depict two of this country's most eccentric, both the good and the bad.  And isn't there something inherently American about liking to watch the mighty fall, then taking a step back, and feeling both pity and "they got what the deserved" at the exact same time?  And I have yet to eat the all-American ear of corn with out thinking of Big Edie and Matt Cavanaugh, um, Jerry. 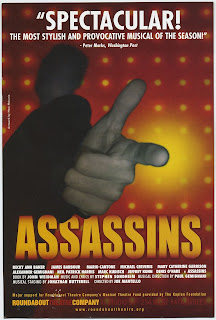 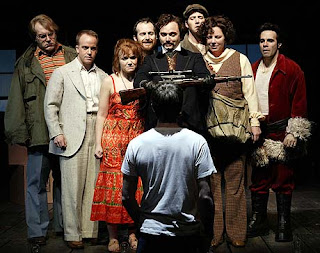 Talk about celebrating the uglier side of Americans!  But again, I realize the question was which was the best SHOW, not which had the best Americans in them.  The show, the songs, the storytelling are all brilliant.  And the controversy that surrounds the show, and the fact that a lot of people stay away from it based purely on topic rather than quality really speaks to what makes the average American tick.

BE AMERICAN!  VOTE!  (This month's first of two polls is just to your right and up a little!)


Comments? Leave one here or email me at jkstheatrescene@yahoo.com. Or send me a question at http://www.formspring.me/ and look me up as "jkstheatrescene" or "Jeff Kyler." Go ahead! Follow me!
Jeff
Posted by JK at 12:02 PM